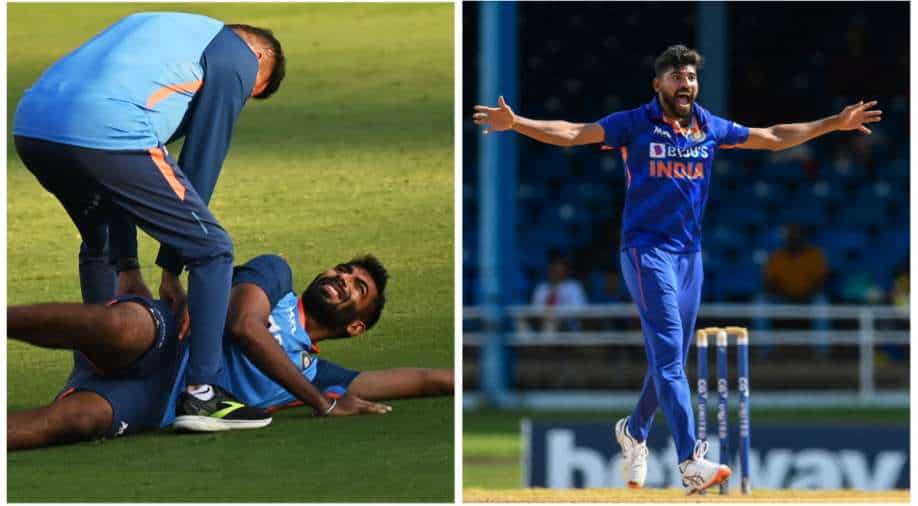 On Thursday (September 29), India were dealt a huge blow as pacer Jasprit Bumrah was ruled out of action, as per reports, due to back stress fracture. The injury is likely to keep him out of action for four to six months, ruling him out of the forthcoming T20 World Cup in Australia from October-November.

While nothing is official regarding Bumrah’s absence from the showpiece event Down Under, the 28-year-old pacer is officially out of the remainder of India-South Africa T20Is at home. On Friday (September 30), BCCI announced Mohammed Siraj as the replacement for Bumrah.

Confirming the news of Bumrah’s back injury and Siraj’s inclusion, the BCCI tweeted, “The All-India Senior Selection Committee named Mohd. Siraj as a replacement for injured Jasprit Bumrah for the remainder of the T20I series against South Africa. Bumrah has sustained a back injury and is currently under the supervision of the BCCI Medical Team.”

Before Bumrah’s injury news broke out, the Indian T20I squad for the SA series had already been revised once. With Mohammed Shami not fully fit after testing positive for Covid-19 and Deepak Hooda missing out due to back issues, BCCI had roped in Umesh Yadav and Shreyas Iyer respectively. Moreover, Shahbaz Ahmed was also included as another all-round option.

India have a 1-0 lead over Temba Bavuma & Co., after an impressive eight-wicket win in the series opener in Trivandrum on September 28 (Wednesday). The second and penultimate game is in Guwahati on Sunday (October 02).