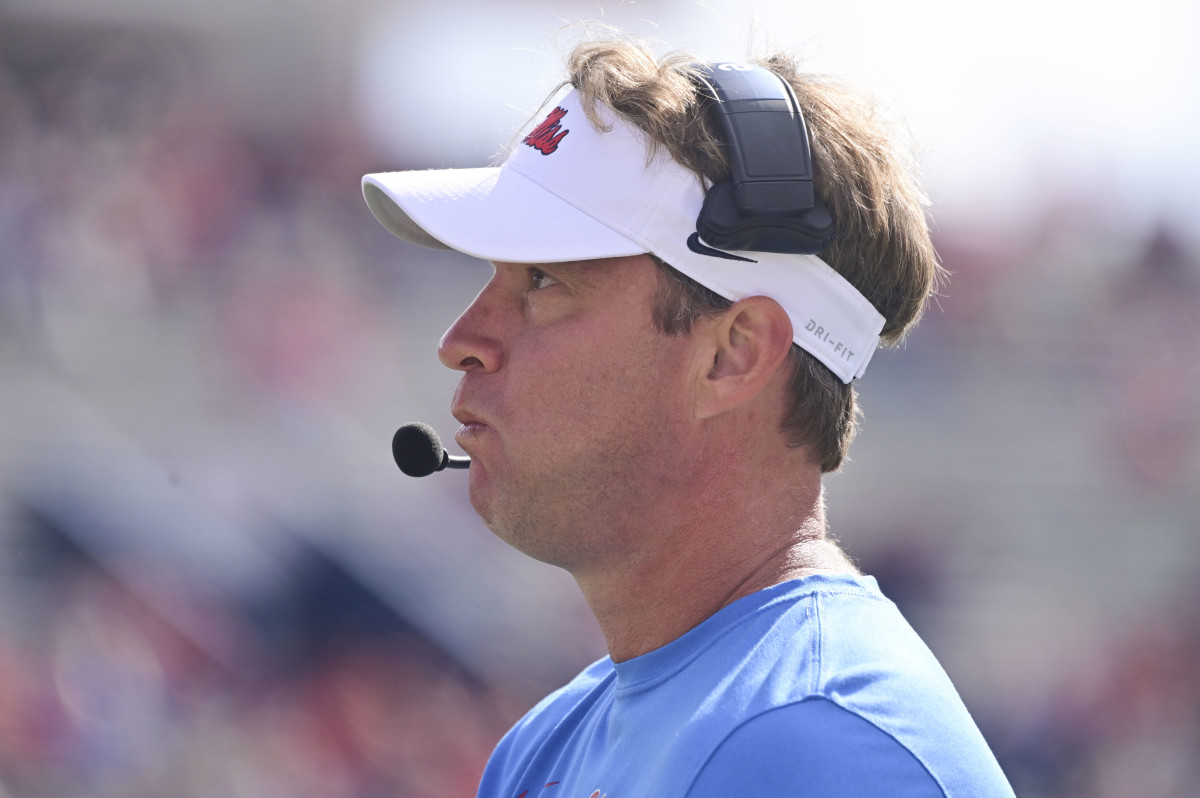 Talk surrounding Lane Kiffin and a potential move to Auburn has reached a melting point.

The Rebels’ head coach has yet to publicly comment on the rumors surrounding his connection to the Tigers. As the season winds down, there seem to be more and more reports of momentum behind a deal being struck.

Now some media members are taking shots at timeline predictions.

Blain Crain of Crain & Company tweeted out Thursday morning that “Lane Kiffin will announce after egg bowl that he will be the next coach at Auburn.”

It’s unclear as to whether this is an assumption, grounded prediction, or a clout-chasing tweet. Based on the information at hand, it does seem likely that Kiffin will be the Tigers’ coach come end of the season.

If this is a real leak, it could cause damage to the process of hiring Kiffin away from the Rebels.

If it’s not, it’s still a confusing tweet to just throw out there, considering nothing from a valid source has confirmed the timeline of Kiffin’s hire – or if he’s even being hired.

“I don’t think any deal has been broken with anybody at this point,” ESPN’s Chris Low said in a recent interview. “I think there have been some preliminary discussions with representatives from both sides.”

“Discussions with representatives” is all that has been reported in the case of Oregon’s Dan Lanning, Clemson’s Dabo Swinney, etc. Nothing has been made official.

Crain could end up being right, but right now there’s not much to go off of that would make the prediction accurate as of cupcake week.

Betting odds for Auburn vs WKU

Marcus Bragg will face his former team this weekend

Engage with Auburn Daily on Socials!