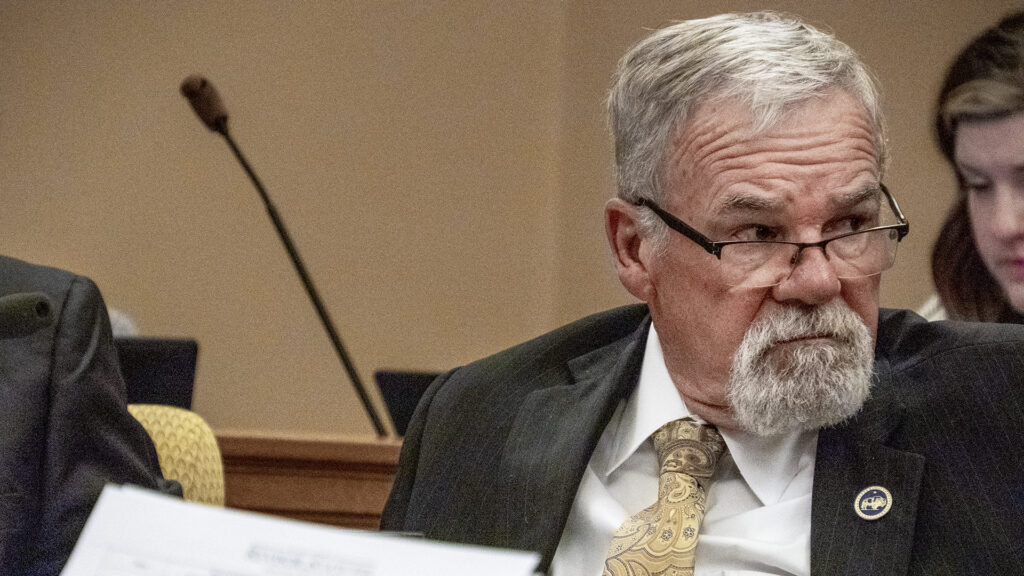 Among the revelations from the report, published Sunday as part of a series on “a relentless nationwide campaign” to expand sports betting: Kansas lawmakers slashed an already generous tax rate from 20% to 10%, and exempted some bets from being taxed at all, before passing the sports gambling package after midnight in the final hours of the legislative session.

The final vote came two days after a lobbying event that promised “something for everyone.” There, the New York Times documented how Rep. John Barker, an Abilene Republican who helped orchestrate the sports gambling package, reveled in 30-year-old Irish whiskey while Sen. Jeff Pittman, a Leavenworth Democrat, secured an extra bag of pricey Honduras cigars. At the party, Pittman called it a “terrible” bill, but he voted in favor it anyway.

After the law took effect in September, Kansans wagered $350 million in the first two months — yielding just $271,000 in tax revenue.

“Kansans should be disappointed to learn this holiday season that our leaders in Topeka are more interested in giving unprecedented tax breaks to the gambling industry than in meeting their fiduciary duties to be good stewards of public funds,” Kautsch said.

The sports gambling package exemplifies transparency concerns with the last-minute avalanche of bills the Legislature passes in the closing days of the session, often with unvetted policy provisions inserted under pressure from dark interests.

Kansas Reflector previously reported on this practice, which is designed to avoid public scrutiny.

“Perhaps if Rep. Barker and his allies feared that their constituents would learn about these acts against the public interest in real time,” Kautsch said, “rather than months later as the result of a nationwide investigative report that chose to kick off an article totaling thousands upon thousands of words with an anecdote about whiskey and cigars in the Kansas Statehouse, they would think twice before leaving us with lumps of coal each legislative session.”

A New York Times reporter and photographer found Barker with Redbreast Irish whiskey and a Don Tomas cigar from Honduras.

“They keep a special bottle for me up there — they know I like it,” Barker told the Times. “I’m in my element when I have a whiskey and a cigar.”

John Federico, a powerful lobbyist who cosponsored the gathering, told the Times it was a social event and not a lobbying event.

Kansas law provides ample wiggle room for lobbyists and lawmakers — and makes it virtually impossible for journalists or the public to document the influence of such an event.

When every lawmaker is invited, lobbyists don’t need to itemize the costs on expense reports with the state ethics commission. Rules that restrict gifts to lawmakers provide exemptions for food and beverage.

And while Kansas law forbids gifts that cost more than $40, the cost of a gift can be split evenly among cosponsors to push it below the legal limit. A group of 10 lobbyists, for example, could provide a $300 gift — such as an expensive bottle of whiskey — to a legislator without violating the law.

Additionally, if the cost of a lobbying expense is less than $2 for a legislator, it doesn’t have to be reported. For an event with 165 legislators and 21 sponsors, the threshold would be $6,930.

The gambling industry’s fingerprints were on nearly every page of the 50-page sports gambling bill, the New York Times reported.

Barker and other legislative leaders agreed to cut in half the planned 20% tax rate — already substantially lower than the tax rate in other states. The bill also allows gambling companies to deduct “free bets” and other promotions from their taxable income.

None of the $271,000 in taxes the state collected on the first $350 million in bets will be used to fight gambling addiction.

Instead, lawmakers agreed to set aside most of the revenue for the construction of a sports facility. The questionable idea to lure the Kansas City Chiefs across state lines came from real estate developers who own 400 acres of land near the NASCAR racetrack, Sporting Kansas City soccer stadium and Hollywood Casino on the west edge of Kansas City.

The sports gambling package ensured casinos would get a cut of the action and expanded where sports betting is allowed, including at the racetrack and soccer stadium.

“John’s a good guy,” Barker told the Times. “I made sure they had something in our bill.”

Hollywood Casino funneled more than $60,000 in donations to campaign accounts, the Times found. Another $150,000 came from other casinos, lawyers and lobbyists.

The cigars at the April 26 “social event” were so expensive, legislators could only take three.

“I have a little scam going on here,” Pittman joked to a New York Times reporter.

He acknowledged problems with the gambling package.

“The fact is, we’re not making that much money,” Pittman said. “It looks terrible.”

“Kansans are already betting on sports,” Pittman said during the Senate debate. “Many do it on illegal platforms that take money out of the state. Sports betting is not for everyone. This is just another avenue for avid players.”

Lawmakers were forced to consider votes on a wide array of legislation in the final two days of the session, including bills that had undergone rapid transformation. The official explanations provided to lawmakers seldom reveal the true effect of these last-minute, late-night deals, let alone the influence behind them.

The final hours of the session also included votes on the state budget, a $1.1 billion investment in the state pension system and a law that would have banned any state or local government official from imposing a mask mandate in response to an infectious disease outbreak.

During the debate on sports gambling, opponents raised concerns about gambling addiction, the paltry amount of state tax revenue generated and the decision to set aside most of that cash for a special fund to attract the Kansas City Chiefs to Kansas.

“We will destroy people’s lives,” said Sen. Mark Steffen, R-Hutchinson. “We don’t know their names right now. We don’t know what they look like. But we do know that will happen.”