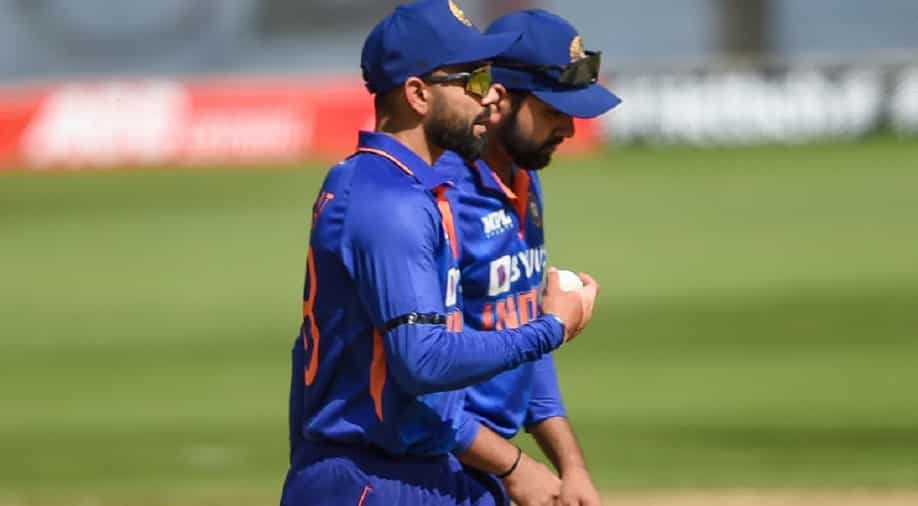 Captain Rohit Sharma and star batter Virat Kohli are likely to be available for selection when India take on England in a three-match T20I series followed by the one-off fifth Test in Edgbaston. Both Kohli and Rohit were last seen in action during the Indian Premier League (IPL) 2022 which concluded last month. The star duo had been rested from India’s recently-concluded T20I series against South Africa at home which ended in a 2-2 draw after the 5th game was washed out due to rain.

Kohli, Rohit along with the likes of Jasprit Bumrah, Ravindra Jadeja and others were rested from the South Africa series. The duo will return to action when India begin their tour of England with the one-off fifth Test in Edgbaston from July 01 followed by three T20Is and as many ODIs.

While the members of the Indian Test squad are already in England ahead of the fifth Test, India will field a second-string squad led by all-rounder Hardik Pandya in the two-match T20I series against Ireland before the England T20Is. India will take on Ireland in two T20Is on June 26 and June 28 where VVS Laxman will coach the team.

While there was a possibility that India could field the same second-string T20I squad for the three-match series against England, the selectors are reportedly keen on having a full-strength team take on the hosts in the three matches. The T20I series against England will begin on July 07, just a day after the Edgbaston Test concludes on July 05.

While it will result in intense fatigue for players like Kohli, Rohit and Bumrh among others if they take the field in the first T20I against England after the Edgbaston Test, they are likely t be available for selection despite just a 1-day break in between. As per a report in Insidesport, all senior players, including Rohit and Virat will be available for the three-match T20I series against England and will not be rested.

In case they feature in the series, it will be Rohit, Kohli and Bumrah’s first international T20I assignment following the conclusion of IPL 2022. India have named a second-string squad for Ireland T20Is which features some of the top performers from IPL including the likes of Sanju Samson, Rahul Tripathi, Umran Malik and Arshdeep Singh. It remains to be seen which of these youngsters will retain their spot in the squad for the England T20Is and who will be asked to head back home.

“We have a set team. We just need to trim it a little for the England series to accommodate the seniors. Some of the guys will return home after the Ireland series. We will have a selection meeting soon. We will have a larger squad for contingency as the team will not be in a bio-bubble,” the member of the selection panel added.