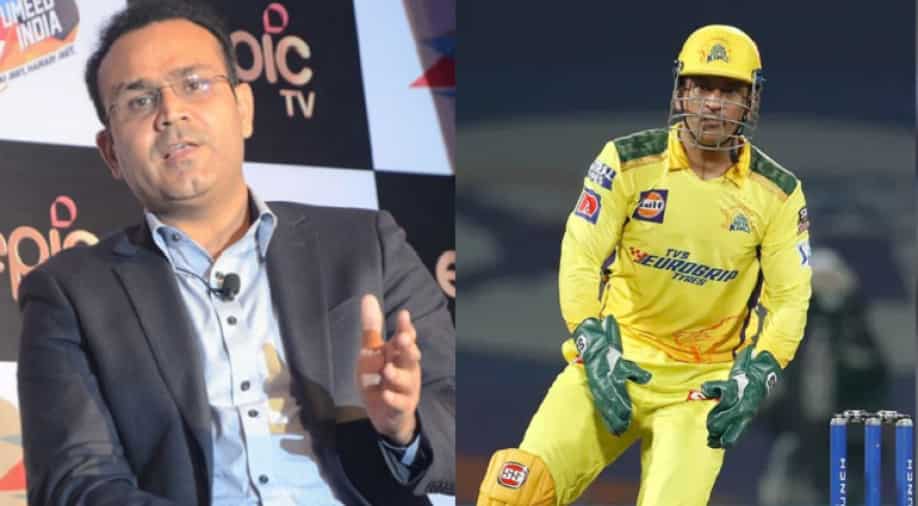 Chennai Super Kings (CSK) were looking at a fresh start ahead of the Indian Premier League (IPL) 2022 when MS Dhoni decided to hand over the captaincy baton to Ravindra Jadeja. However, the star all-rounder failed to inspire the defending champions to a good start as they managed only two wins in their first eight games of the season.

Jadeja decided to step down as captain after CSK’s disastrous start to their campaign and handed over the reins back to Dhoni. With Jadeja giving up the role, it looks unlikely that he would be re-appointed as the captain of the franchise and CSK will have to once again start looking at potential replacements for Dhoni as captain before he retires.

At 40, Dhoni still remains one of the vital cogs in the CSK batting line-up and is one of the best captains going around. However, he is already past his best and will soon have to take a call on hanging his boots from IPL having already retired from international cricket in 2020.

Former India opener Virender Sehwag has picked one player from CSK’s current squad who he feels can be a long-term replacement for Dhoni as CSK captain. Sehwag believes young Ruturaj Gaikwad has similar qualities like Dhoni and can be groomed as CSK’s next captain.

Also Read: Virat Kohli is getting dismissed every single way that you can possibly get out: Faf du Plessis

Sehwag also pointed out Gaikwad leads his state side  Maharashtra in the domestic circuit and has similar qualities to Dhoni. Gaikwad was one of the four players retained by CSK ahead of IPL 2022 after his stunning campaign last year where he finished as the highest run-getter and bagged the Orange Cap.

“He (Ruturaj Gaikwad) captains Maharashtra. He plays very quietly. It’s like even if he scored a century, it won’t show in his mannerisms. Even if he scores a 0, you will see the same demeanour. It doesn’t appear from his face if he is happy about scoring a hundred or sad about getting out for a duck. He has control, he is calm. He has all the qualities needed to be a good captain,” Sehwag said on Cricbuzz.

He is captaining in First-Class cricket so he has an idea how to dictate a match. Who is to be given the ball, what needs to change in the batting order… he has the idea,” he added.

Sehwag believes Gaikwad can be an ideal captaincy candidate for CSK once Dhoni decided to hang his boots. The young opener had joined CSK in 2018 and had to wait for his opportunities. He made his debut for CSK in the year 2020 and announced his arrival in style after a few initial hiccups.

After failing in his first couple of matches, Gaikwad went on to notch up three fifties and ended up scoring 204 runs in just 6 games for the four-time champions. He followed it up with a magnificent season last year where he amassed 635 runs in 16 matches. Sehwag believes Gaikwad has all the qualities it takes to be a good captain like Dhoni.

“Anyone can have one good season, but if he plays 3-4 more seasons, he will become a captain who can become a long-term captain after MS Dhoni. Why does the world consider MS Dhoni a good captain? Because he is cool, takes his own decision and uses his bowlers and batters well He also has the luck factor,” said Sehwag.

“Luck favour those who are brave and MS Dhoni is a brave captain. He has all the qualities of MS Dhoni, except one. I’m not sure about the luck factor,” he added.