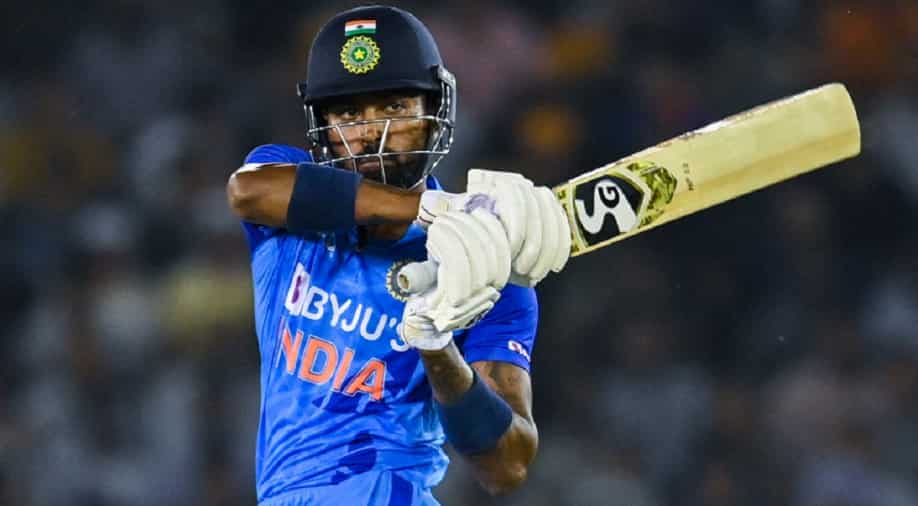 Former Pakistan cricket team captain Shaheed Afridi has rued the lack of a finisher of Indian star Hardik Pandya’s quality in the current Pakistan side. Lauding Hardik for his batting heroics, Afridi claimed Pakistan need a finisher like him in their batting line-up ahead of the upcoming T20 World Cup 2022.

Pandya has been in remarkable form for the Indian team ever since making his comeback from a back injury earlier this year. He enjoyed a tremendous Indian Premier League (IPL) campaign and has continued his purple patch for the Men in Blue in white-ball cricket.

He has produced numerous match-winning knocks for India recently and has looked on top of his game with the ball as well. While speaking on Pakistani news channel Samaa TV, Afridi mentioned Pandya when asked about Pakistan’s batting line-up heading into the World Cup and pointed out how the Men in Green still don’t have a batter who can finish games consistently.

“This kind of a finisher (like Hardik Pandya) we don’t have. We thought Asif Ali, and Khushdil will do the job but they haven’t. Nawaz is also not that consistent, and neither is Shadab. Among these four players, at least two need to be consistent. The period in which Shadab bowls is very crucial. The day he does a good job with the ball, Pakistan wins,” said Afridi.

Speaking about Pakistan’s chances of winning the T20 World Cup 2022 in Australia this year, Afridi said Babar Azam & Co. have a lot of gaps to fill in both the batting and the bowling department before they can truly consider themselves as contenders for the elusive title.

“In the kind of pitches on which we are playing now, you need two genuine fast bowlers and one all-rounder. The new guy Jamal that we have picked, why don’t you play him? Play him as an all-rounder, make him bowl and then ask him to bat. You will get to know what type of cricketer he is. If Pakistan are dreaming to win the World Cup then they need to work a lot on their bowling and batting and minimize the mistakes that they have been committing in the last few matches,” said Afridi.

In the recently, concluded Asia Cup 2022, arch-rivals India and Pakistan met each other twice and won a game each. Pakistan made it to the final of the tournament but missed out on the trophy after going down against Sri Lanka in the summit clash. India and Pakistan will now meet on October 23 in the T20 World Cup 2022.