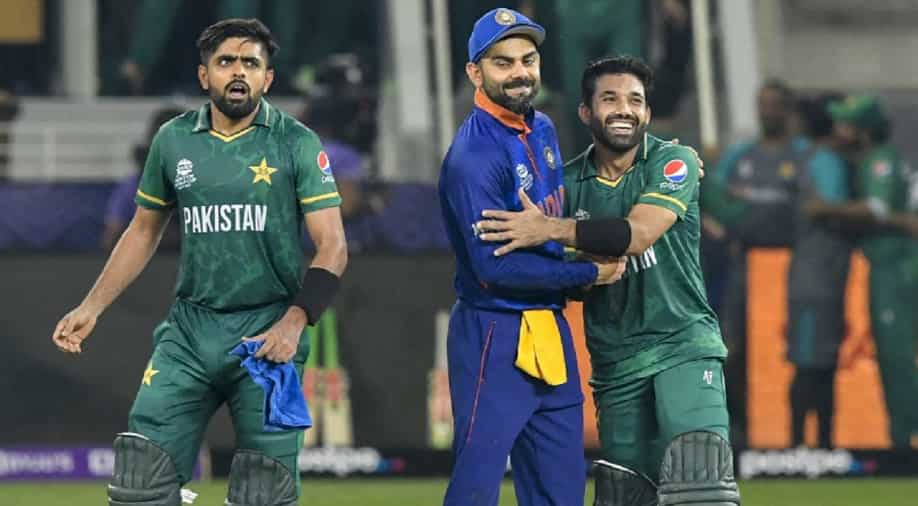 Pakistan batter Sohaib Maqsood believes overexcitement is the reason behind Pakistan’s poor record against India in World Cup matches. Pakistan had never won a World Cup match against India until October 2021 when the Babar Azam-led side defeated the Men in Blue by ten wickets in their meeting at the T20 World Cup 2021 in the UAE.

It was a dominant performance from Pakistan in what was their opening match of the T20 World Cup, against India last year. Babar Azam & Co. bundled out India for 151 runs before chasing down the target without losing a wicket to register a comprehensive 10-wicket win.

Before the victory last year, Pakistan had lost all their 12 matches against India in the ODI and T20I World Cup combined. Explaining the reason behind their poor record against India in World Cup matches, Maqsood said Pakistan players used to get overexcited ahead of the India game which ended up costing the team.

“The reason for the green shirts’ consistent defeat against India in World Cup matches is because the Pakistani team became overexcited (sic). However, in the recent past, our team has started treating Indo-Pak matches normally, and it has improved our performance too,” Maqsood was quoted as saying on Pakistan news channel Geo News.

India and Pakistan have locked horns 13 times in World Cups with the Men in Blue dominating the head-to-head record between the two arch-rivals 12-1. The two teams share one of the greatest rivalries in cricket history and are all set to meet in the upcoming Asia Cup 2022.

Also Read: Neeraj is like our son, wish to see him & Arshad compete at a packed stadium in Lahore: Pakistan star’s coach

India and Pakistan will meet each other at the Dubai International Stadium in Dubai on August 28. The arch-rivals are scheduled to also meet later this year during the T20 World Cup 2022 in Australia. India will be hoping to keep their dominant World Cup record intact when they lock horns Down Under.