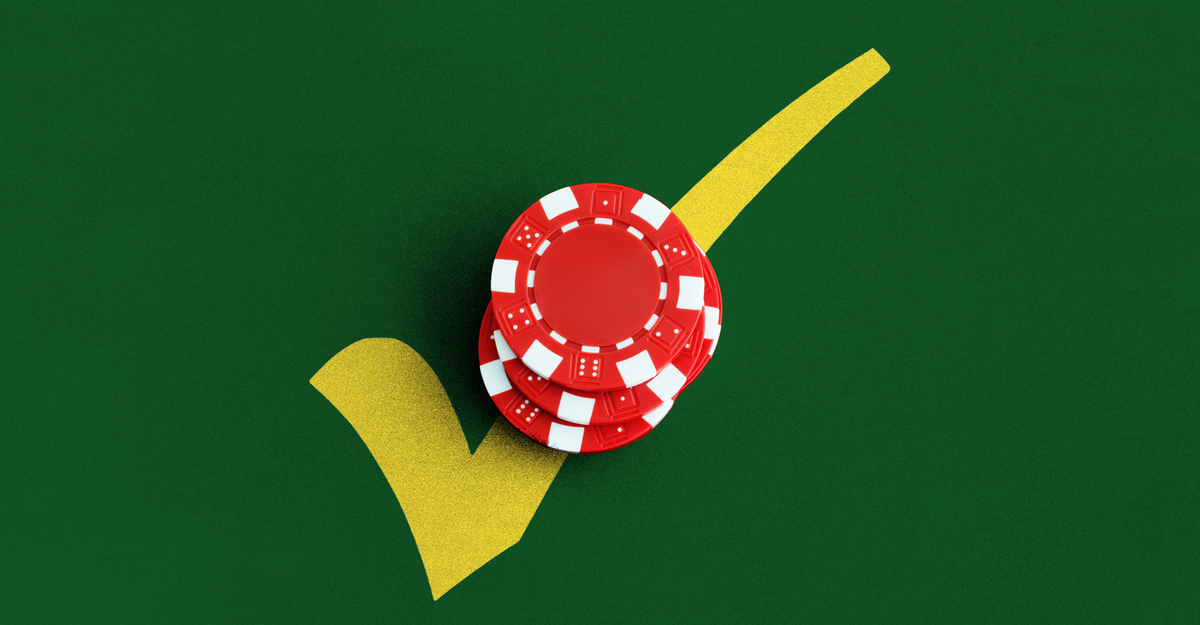 On Tuesday evening, I logged on to PredictIt, America’s favorite political-betting site, to watch the Election Night chaos ensue. People were betting on control of the Senate. People were betting on who’d be elected mayor of San José, California. People were betting on whether Donald Trump would file for another run at the presidency this year. The markets soared and plunged with roller-coaster volatility: User-generated odds on the Georgia Senate race flipped from 55 percent in favor of Herschel Walker to 62 percent in favor of Raphael Warnock in a matter of minutes. Odds of Democrats maintaining control of the Senate were 69 percent at 10:53 p.m., down 10 percentage points five minutes later, and back up 10 percentage points 15 minutes after that. But such is to be expected when you’re betting on assets whose value can plummet to zero or multiply threefold with a wave of Steve Kornacki’s hand.

PredictIt launched in 2014 with a simple premise: For any given political event—an election, voting on a bill, politicians tweeting—traders can buy shares in possible outcomes, priced from one cent to one dollar, with prices corresponding to the probability of that outcome. You can think of this as a hybrid between sports betting and investing in the stock market. As with the former, you’re wagering on an event that will definitively resolve in one of two ways, but as with the latter, you can withdraw your money and either cut your losses or claim your profits at any point prior to that resolution.

Although commercial gambling on politics was and is illegal, PredictIt is not commercial: It is an academic venture launched by economists at Victoria University of Wellington, in New Zealand, and run by the software company Aristotle Industries. No profits, no problem. But this election cycle is likely the last rodeo for PredictIt, which now handles tens of millions of dollars in trades every year. In August, the Commodity Futures Trading Commission, without clear explanation, revoked PredictIt’s permission to operate, ordering that it shut down by mid-February. (The CFTC did not respond to a request for comment.)

Meanwhile, in the eight years since PredictIt began, online sports gambling went from being outlawed nearly everywhere in the country to a booming industry. Together with a group of traders and academics, PredictIt is suing the CFTC for its right to continue doing business. But unless something changes, the site is going to go dark just as online betting goes truly mainstream.

Scrolling through the discussion forums that PredictIt hosts for each market, you will find the same unhinged trolling and rampant disinformation and culture-war battle cries that you will find most everywhere else online. MAGAs are racist morons! Libs are baby-killing pedos! You will find bettors engaging in psychological warfare in an effort to tilt the markets in their favor (“pumps”), and you will find bettors engaging in magical thinking because markets are not tilting in their favor (“copium”). You will find some of the most extreme megalomania observable anywhere on the internet—which is saying something. As outcomes start to become clear, you will find gloating, endless gloating (“Are those Maga tears I am tasting again?” Cowboy_roy asked on Election Night). And if you look hard enough, sprinkled in here and there, you will find a bit of genuinely astute analysis.

For all the inanity, though, the prediction markets are generally quite accurate. The theory is that, with a little skin in the game, laymen will forecast the outcomes of events—elections or otherwise—as well as or maybe even better than experts. And at least a few recent elections have borne this out. In 2016, 2018, and 2020, polls consistently underestimated Republican support; PredictIt outperformed them in a number of big elections in large part by correcting for that skew.

Over the years, these results have given PredictIt’s forecasts an outsize reputation. They have been cited in The New York Times, The Washington Post, and The Wall Street Journal. Political junkies monitor the markets religiously. According to John Phillips, the CEO of Aristotle, more than 100 academics have used PredictIt in their work. Beyond their entertainment value or academic utility, he told me, betting markets benefit the general public by distilling informed opinion into easily comprehensible predictions for how things will turn out. They may even serve to counter disinformation: If you bet on the basis of falsehoods, you’ll lose your money.

Sensible as it seems, that logic did not translate into accuracy this year. Up until results started rolling in on Tuesday, the markets favored the Republican Senate candidates in Arizona, Pennsylvania, and Nevada. Democrats won all three races. On Election Day, PredictIt gave Republicans a roughly 75 percent chance to take control of the Senate. On the whole, the 2022 elections were a “loss for prediction markets,” the NYU finance professor Arpit Gupta wrote in his newsletter.

“Betting markets this cycle were really bought in on the idea that polls were flawed at best and outright fake in some circumstances,” Alex Keeney, a co-host of a political-betting podcast, told me. “That was a supposition that was baked into betting markets that turned out to be untrue.”

Despite this cycle’s miss, experts still see PredictIt as a valuable resource. Since August, when the future of the site was thrown into limbo, academics and amateur enthusiasts have rushed to PredictIt’s defense, arguing that its markets have genuine utility, whether as a barometer of general vibes, a more accurate forecaster than polling, or just another predictive data point. “I think it’s a real pity,” Eric Zitzewitz, a Dartmouth economist who studies prediction markets, told me. “The information that comes out of election-prediction markets is really useful. Out of all the so-called gambling markets that exist, honestly I think this is the first one that should be allowed, not the only one that should be banned.”

The irony of PredictIt’s imminent demise is made all the sharper by the fact that political betting seems to follow logically from other recent trends in American politics and culture. In recent years, academics and commentators have observed that American politics have become more and more like sports. Voters have taken on the tribal character of die-hard fans, and some media outlets deliberately modeled their coverage on ESPN talk shows.

At the same time, sports are being eaten alive by the rapidly growing sports-betting industry. Just a few years ago, commentators were forbidden from talking odds on air; now gambling is inescapable. Every other advertisement seemingly is for a sportsbook. Channels devote whole shows to betting. Flagship talk shows devote whole segments to betting. You can watch some games themselves on a special broadcast, where the commentators, rather than commenting on the action, talk about gambling. If politics is becoming like sports, and sports is becoming all about betting, it would seem to follow that politics would become more about betting.

Whatever happens to PredictIt, though, political betting likely is not going anywhere. In the long run, Phillips doesn’t see why prediction markets shouldn’t expand beyond politics to accommodate a far wider range of events. Some are already trying to do so: Kalshi, a new prediction market, allows bettors to wager on a wide variety of events, including inflation rates, COVID waves, and the weather. As it turns out, on another site, Insight Prediction, you can bet on PredictIt’s survival. The price of Yes, as of this writing, is 10 cents. Even if the CFTC follows through on its initial decision to shut the site down, it’s hard not to feel that PredictIt has, in some more meaningful way, already won.