Skip to content
HomeSportsRavindra Jadeja to miss the remainder of IPL 2022 due to injury, confirm CSK 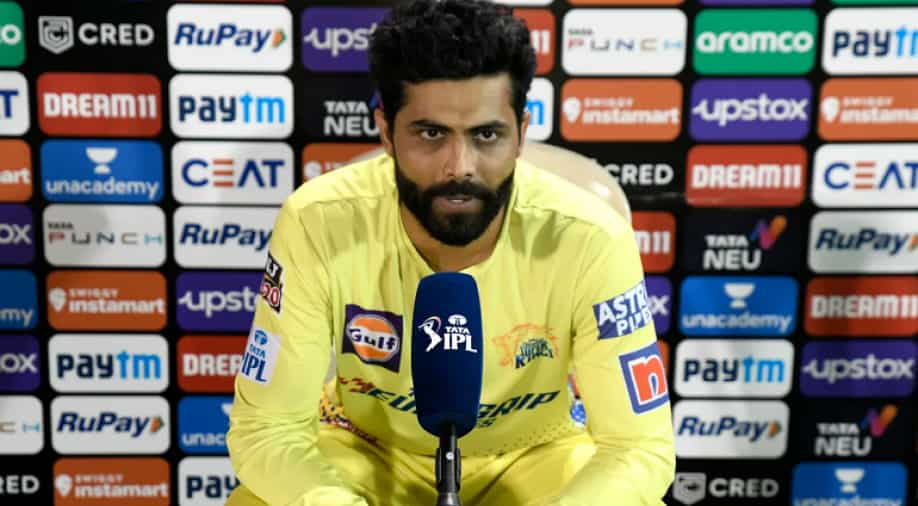 In what comes as a huge blow for Chennai Super Kings (CSK), star all-rounder Ravindra Jadeja has been ruled out of the remainder of the ongoing Indian Premier League (IPL) 2022 season. CSK on Wednesday (May 11) announced Jadeja will miss CSK’s remaining three games in the season due to an injury.

The former CSK captain had injured himself while fielding during his side’s clash against Royal Challengers Bangalore (RCB) and missed their last game against Delhi Capitals (DC) due to a rib injury. CSK will now miss the all-rounder’s services at a crucial juncture in the tournament as they are still alive in the race for the playoffs this season.

Though Jadeja had not enjoyed the best of form for CSK this season, his absence is likely to hurt CSK a lot as he was a key member of the squad who could contribute well with both bat and the ball. Jadeja had started the season as CSK’s captain but decided to step down from his post midway through the tournament.

Jadeja will be missing the rest of the IPL due to injury. Wishing our Jaadugar a speedy recovery! @imjadeja

Also Read: Kohli to be rested for T20I series against South Africa, senior players to get periodic breaks – Report

He had taken over from MS Dhoni as the new captain just a couple of days ahead of the start of the tournament. However, Jadeja quit captaincy after CSK got off to a horrific start losing six out of their first eight matches. He handed back the reins to Dhoni, who has since led the defending champions to two wins in three games.

Also Read: ‘We gave up & were weak’: Gambhir delivers strong speech in dressing room after LSG lose to GT

CSK have so far managed only four wins in eleven games this season but have an outside chance of making it to the playoffs if they can win their remaining three matches in a row. However, CSK’s fate also lies in the hands of the other teams and they would hope for some favour from others.

Jadeja had scored 116 runs and taken 5 wickets for the four-time champions in ten matches this season. It remains to be seen how Dhoni & Co. will cope with his absence in their remaining matches in IPL 2022.