Skip to content
HomeSports‘Right up there with Rohit, Rahul, Dhawan’: Former NZ all-rounder all praise for India’s star batter 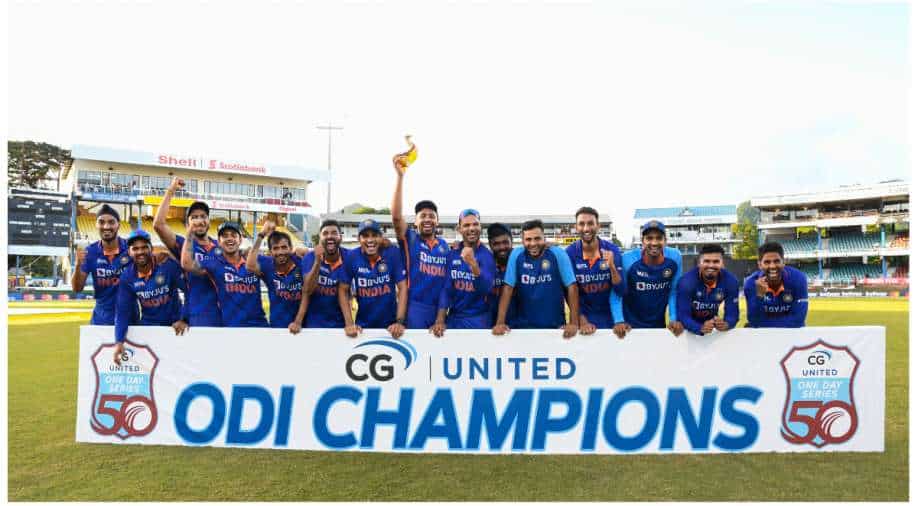 Shubman Gill was on a roll with the bat in the recently-concluded India-West Indies ODI series, in the Caribbean island. Since his international debut, Gill has been in India’s scheme of things in the purest format, however, he had not got a lot of chances in the white-ball formats.

In the absence of regulars such as captain Rohit Sharma, Virat Kohli, KL Rahul, Rishabh Pant, etc., Gill got a chance to open the innings in the Shikhar Dhawan-led Indian team for the WI ODIs. The youngster took the golden opportunity with both hands and ended with 205 runs in three outings (at a strike rate of 102.50), including two half-centuries and a career-best ODI score of 98 not out in the final match.

Thus, Gill ended as the Player-of-the-Series for his consistency batting at the top. Seeing this, former New Zealand all-rounder Scott Styris lavished huge praise on the Gujarat Titans’ (GT) opener.

“I still think there are holes in his game. I think there are holes in his technique that the opposition will look to exploit, but he’s got all the skills and the other component. What makes a World class player is their mental thought process and their maturity and leadership. And I think he has that as well. And for that reason, yes you’re quite right you can keep him up there with the Rohits, KL Rahuls and Shikhars in terms of openers,” Styris said Sports18’s show ‘Sports Over The Top’.

Former India stumper and selector Saba Karim also opined on Gill and stated that the 22-year-old can lead an IPL franchise sooner than later if he continues to grow in the coming years. “I think it’s good to get some kind of experience. And I feel one year, two year around the line we may see Shubman elevated to lead one of these on the India T20 league. And I think once he gets that kind of experience, in addition, he can manage to lead Punjab in the domestic level that will really board well for him. So, he will gain experience and as you rightly said, he has shown some leadership skills. So that will really do well for Shubman Gill in future,” Karim stated.

“I look at him as a versatile player because at this stage, one has seen him bat so well for India as an opener. But given the opportunity, I’m sure he can do well at number three, number four and I think mostly in the T20 format, you look at players who can bat number one, number two and number three. So, I think in that kind of a mould, Shubman Gill can fit in quite easily,” he added.