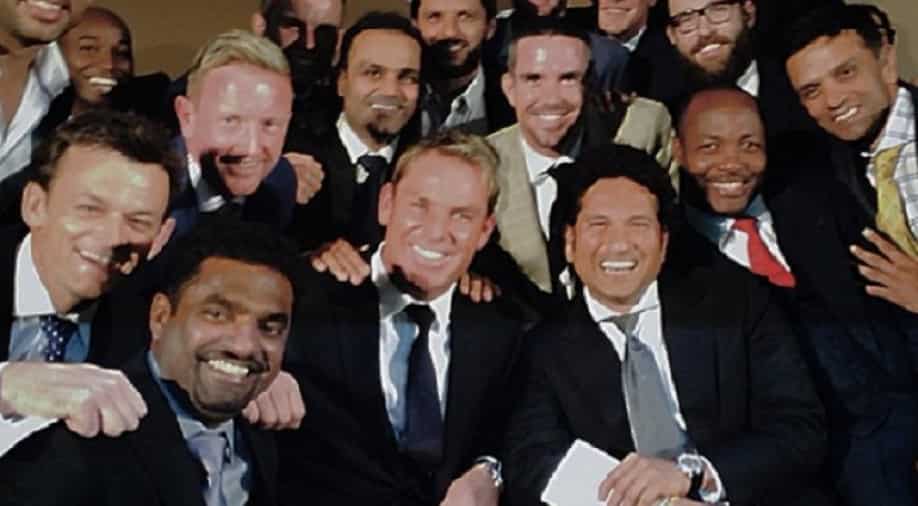 Tendulkar shared a throwback picture featuring some of the legends of cricket from across the globe. While the picture features Indian greats like Rahul Dravid, Yuvraj Singh and Virender Sehwag, it also has the likes of the late Shane Warne, Shahid Afridi, and Brian Lara and others posing alongside Tendulkar.

‘My Multiverse of Madness’, Tendulkar wrote with the throwback picture which soon went viral on social media and left cricket fans across the world nostalgic. Reacting to Tendulkar’s post, several cricket fans recalled their fond memories of watching the yesteryear legends producing magic with their performances for their respective national teams during their playing days.

Also Read: ‘He can come in at No. 6 or 7’ – Sunil Gavaskar picks Dinesh Karthik as India’s finisher for T20 World Cup

The picture shared by Tendulkar was taken by him in 2014 when the cricketing superstars from across the globe reunited during the celebration of 200 years of the Lord’s Cricket Ground in London. The cricketers took part in a 50-over game played between the Marylebone Cricket Club (MCC) and the Rest of the World.

Also Read: If Umran Malik was in Pakistan, he would have played international cricket, opines Kamran Akmal

While Tendulkar led the MCC side, Warne captained the Rest of the World XI team. MCC won the game by seven wickets after successfully chasing down the target of 294 runs at the Lord’s Cricket Ground. Australia’s current limited-overs captain Aaron Finch was the star for MCC as he slammed a sensational knock of unbeaten 181 runs to help them seal a comfortable win.

Tendulkar scored 44 runs off 45 balls in the game and also picked up the wicket of Yuvraj Singh with the ball. One of the greatest of all time, Tendulkar remains an idol to several young cricketers around the world. He still holds the record for most runs and most number of centuries in international cricket.