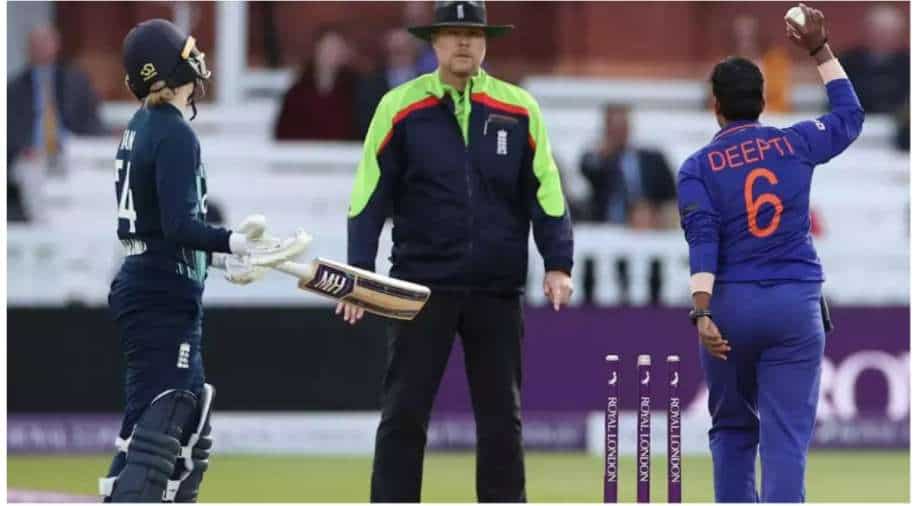 Jhulan Goswami’s last international match turned out to be a humdinger at Lord’s. India took on England in the third and inconsequential tie, of the three ODIs, at the iconic ground with an unassailable lead in the series. With the series already in India women’s grasp, they still wanted to give a memorable farewell to the legendary pacer.

Being asked to bat first, India were dismissed for 169 in 45.4 overs with Smriti Mandhana and all-rounder Deepti Sharma scoring half-centuries. In reply, England were reduced to 65 for 7 and were on the back foot. Nonetheless, Charlie Dean kept the hosts in the hunt and the last-wicket stand troubled the Indian bowlers. From 118-9, England were 153 for 9 before Deepti ran Charlie out. Before the ball was released from Deepti, Charle left the crease — something she was doing regularly doing her inning — and paid the price.

As the cricketing fraternity continues to remain divided with regard to the run-out, which is within the laws of the game, skipper Harmanpreet Kaur opened up on the dismissal. “See, we were noticing these things from the last couple of games. She was taking a long stride, she was taking undue advantage. I think it was Deepti’s awareness, she was noticing it and we were discussing it,” Harmanpreet said in a press conference before the Women’s Asia Cup 2022.

Earlier, Deepti had told the reporters on returning to India, “It was a part of our plan because we had warned her and she was doing it again and again. Whatever we did was as per the rules. We had also told the umpire about it.”