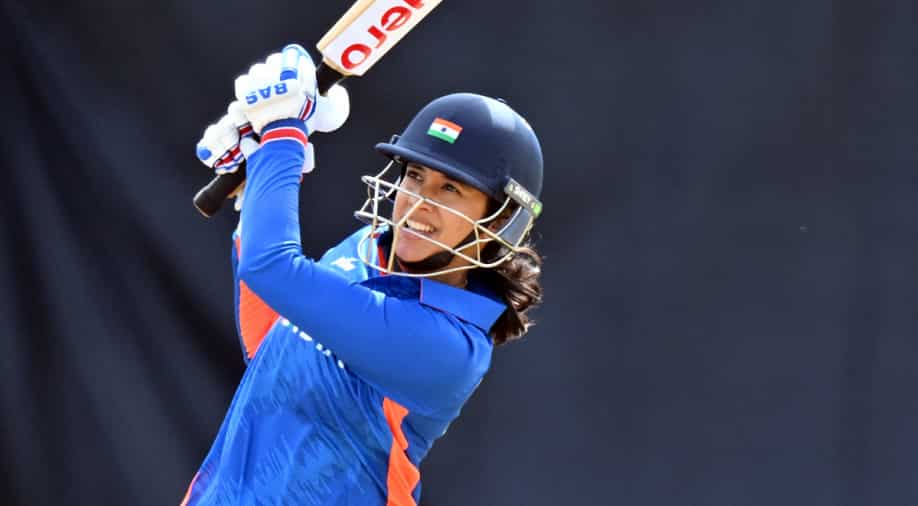 The Indian women’s cricket team bounced back to winning ways as they thrashed arch-rivals Pakistan by 8 wickets in their much-awaited group-stage clash at the ongoing Commonwealth Games 2022 on Sunday (July 31). It was a dominant performance from Harmanpreet & Co. who steamrolled Pakistan in the match which was reduced to an 18-over-per-side contest due to rain at Edgbaston in Birmingham.

Smriti Mandhana and Sneh Rana starred with the bat and ball respectively for the Women in Blue, who were clinical in both departments on the field. Opting to bat first, Pakistan hoped t get off to a good start but were dealt an early blow after Meghna Singh sent opener Iram Javed packing on a duck in the second over.

Wicket-keeper batter Muneeba Ali (32) combined with captain Bismah Maroof (17) to steady the ship after losing her opening partner early with a 50-run stand for the second wicket. However, Sneh Rana bowled an exceptional double-wicket over to send back both Ali and Maroof in the same over and turn the game completely in India’s favour.

After the duo’s departure, Pakistan failed to recover and were bundled out cheaply for a low-key 99 runs in 18 overs – the lowest total in Commonwealth Games 2022 so far. Rana was the pick of the bowlers for India with excellent figures of 2/15 in her 4 overs. Radha Yadav too managed a couple of wickets while conceding 18 off her 4 overs.

After an all-round bowling effort, it was a class act from Mandhana in the run-chase as she single-handedly propelled India to a convincing victory. Mandhana played a fabulous knock of unbeaten 63 off 42 balls laced with 8 fours and three sixes to get India over the line with as many as 38 balls to spare.

Mandhana also became the first Indian to go past the 1,000-run mark while chasing in T20Is. The stylish left-hander played some mesmerising strokes en route to her half-century as she took the Pakistan bowlers to the cleaners. It was a crucial win for India after their defeat in their opening game against Australia.

India will now take on Barbados in their next group-stage match on Wednesday (August 03) and will be hoping to continue their winning run to book a spot in the knockout stages of the competition.