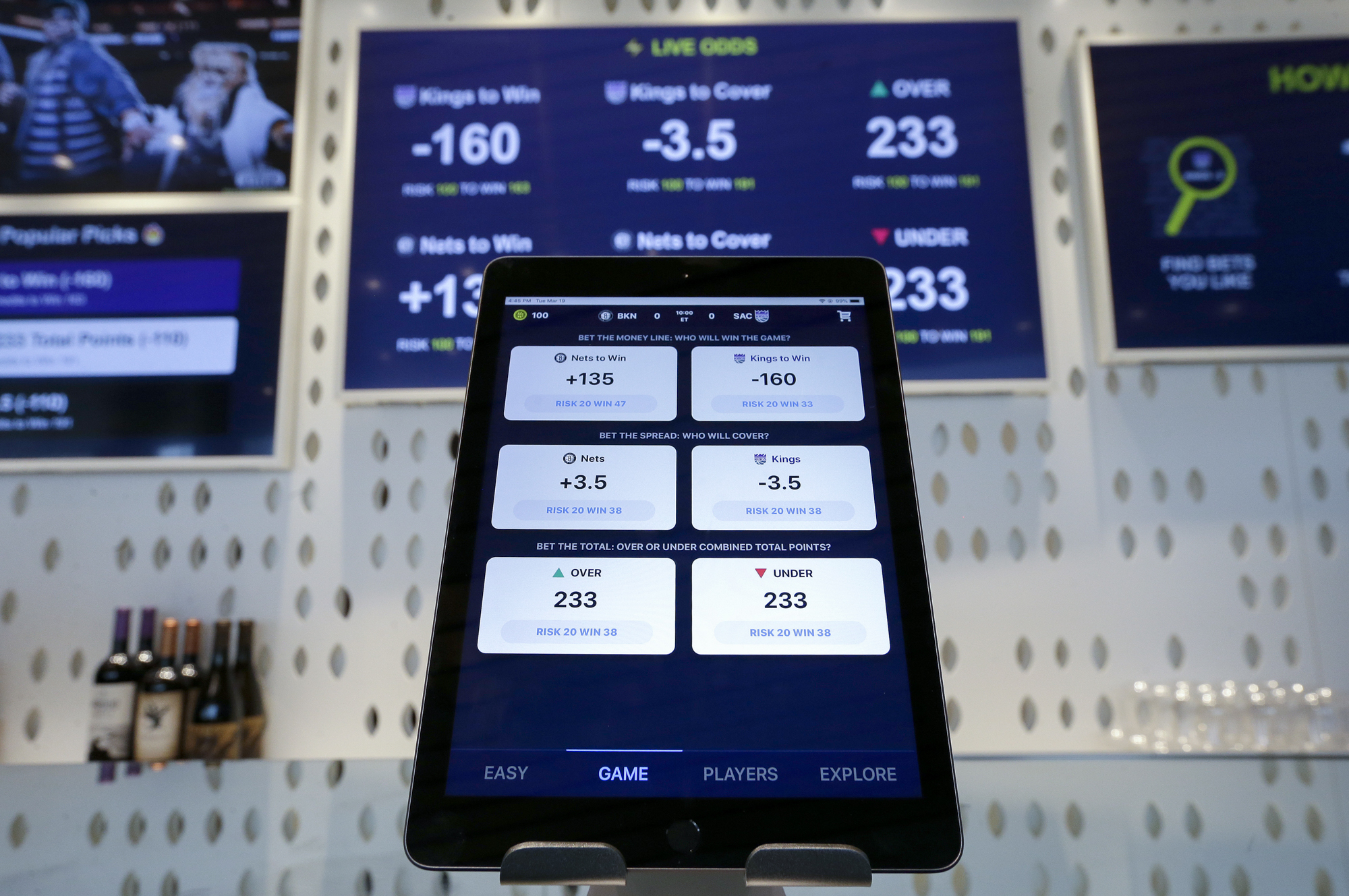 The campaigns for Propositions 26 and 27 on this November’s ballot have made a wide variety of claims, especially about how the money gleaned from sports betting in California will get distributed.

Odds are, one of the many ads for legalizing sports betting has snagged your attention, given their ubiquity on TV, websites and billboards across California.

You’d be forgiven, though, for still not having a clear sense of what either of the initiatives do. Some of the ads don’t mention sports betting at all, potentially leaving Californians foggy on what exactly it is they’re being asked to decide.

The ads are “oversimplified to a point of not being fully accurate,” said Mary Beth Moylan, an associate dean and professor at the McGeorge School of Law at University of the Pacific who oversees a journal dedicated to California’s initiatives.

Proposition 26 would legalize sports betting at tribal casinos and at California’s four private horse race tracks. It is being paid for by about a dozen Native American tribes. It would also allow tribes to begin offering roulette and dice games.

But how truthful are the ads? Here’s what you need to know about some of the often-repeated claims.

Chairman Jose “Moke” Simon III of the Middletown Racheria of Pomo Indians said in an interview with CalMatters that he supports Proposition 27 because it gives the tribe an opportunity to bring in more funds. The tribe is rural and has a casino about an hour’s drive north of Napa.

“Our brick and mortar (casino) is limited by just our area where we’re located and the mobile sports betting would allow us to reach a much broader audience,” said Simon III.

But, over 50 tribes and tribal organizations oppose Proposition 27. They say it would disrupt the gaming that has been operating on tribal lands for decades and would drive business away from Indian casinos.

It’s true that every tribe would see some kind of benefit from Proposition 27. Tribes that have compacts with the state of California that allow them to offer gambling could create their own mobile sports betting app or website. Or, they could partner with a gaming company that wants to offer online sports betting in California.

Every tribe has the potential to benefit from Proposition 27, yes. It’s unclear to what degree each tribe would benefit.

This one is a bit complicated. It’s possible the proposition will generate hundreds of millions of dollars annually to address homelessness, but it’s not guaranteed.

Each election cycle, the non-partisan Legislative Analyst’s Office reviews each proposition and estimates the new costs and revenue each could create for the state. They found that Proposition 27, via taxes and fees, would increase money flowing to the state by “possibly in the hundreds of millions of dollars but likely not more than $500 million annually.” The office didn’t include a lower-end estimate.

First, that money would be used to cover new costs related to regulating sports betting, which the analysts estimate could reach tens of millions of dollars annually.

Out of the money that remains, 15% would go to tribes that don’t participate in sports betting and 85% would go to homelessness solutions. The Legislature could also choose to direct some of it to gambling addiction treatments.

It is possible that Proposition 27 would wind up generating hundreds of millions of dollars per year for the state to address homlessness. But if taxes and fees end up bringing in $100 or $200 million a year — as opposed to $500 million — then it would not. Also, if the Legislature decides to direct a large portion to gambling addiction treatments, that would reduce the amount that goes to homelessness solutions.

How does this money fit into what California is already spending to address homelessness? California spent $7.2 billion on homelessness-related programs in the 2021-22 budget year, according to state analysts. If Proposition 27 added, say, $300 million, that would translate to a 4% boost.

This claim is based on the fact that Proposition 27 taxes online sports betting at a rate of 10%. So the question is: Where exactly will the other 90% go? The truth is that it’s impossible to know precisely.

If Proposition 27 passes, gaming companies headquartered in other states will want to get in on the action, since they are the ones funding the measure. The companies bankrolling the initiative have some of the most popular online sports betting platforms: FanDuel commands 31% of the U.S. market, followed by DraftKings with 26% and BetMGM with 16%, according to Eilers & Krejcik, a research firm focused on gaming. So, it’s reasonable to expect their platforms would be popular in California, too.

Does that mean those companies would reap all of the profit? The initiative also allows California tribes to offer mobile and online sports betting on their own. If tribes choose to do that, they’d be earning some of the profits.

Gaming companies headquartered in other states might also wind up needing to spend money in California to do business here. For example, companies will need to make a deal with a tribe in order to legally operate, and that deal could include some kind of payment or revenue sharing. Gaming companies may also need to pay employees or contractors in California to get their business going here.

The companies funding the campaign are headquartered outside California. What percentage of profits would actually go to them is impossible to know right now.

Your guide to the 2022 general election in California

Claim: Tribes are “pushing Prop 26 to guarantee themselves a virtual monopoly on all gaming in California by giving private trial lawyers the powers of the Attorney General to bury their licensed cardroom competitors with frivolous lawsuits.”

This argument contains several claims. It’s based on a part of Proposition 26 that allows any person (or organization) that believes someone else is breaking California gambling laws — by offering an illegal game, for example — to sue. Before they could sue, though, they’d need to first ask the state Department of Justice to act, and could only move ahead if the department doesn’t take action, or the department does file a case and the court rejects the case but allows it to be re-filed. It’s complicated legal stuff. But it’s not a totally novel idea; California has used a similar process to enforce labor laws.

Are tribes trying to “guarantee themselves a virtual monopoly?” In 2000, Californians voted to allow tribes to offer certain forms of gambling —  including slot machines and card games backed by the casino — that no other entity in California is allowed to offer. Proposition 26 would allow tribes to begin offering roulette and dice games, which no other entity can offer, so long as they renegotiate their agreement with the state. So, the initiative would expand tribes’ exclusive rights to offer certain forms of gambling.

Would the new lawsuit process give “private trial lawyers the powers of the Attorney General to bury their licensed cardroom competitors with frivolous lawsuits?” It would allow private attorneys to bring cases that are currently under the purview of government lawyers. The Proposition 26 campaign hasn’t hidden the fact that tribes intend to sue cardrooms, which compete with tribal casinos.

The lawsuit process was “crafted to settle the house bank games law that governs cardrooms,” said Kathy Fairbanks, a spokesperson for Yes on 26 campaign, at a recent debate. The rules over exactly how cardrooms are allowed to offer certain games has long been a source of disagreement between cardrooms and tribes. The tribes don’t have standing to challenge them in court, Fairbanks said, so they want a way to do that.