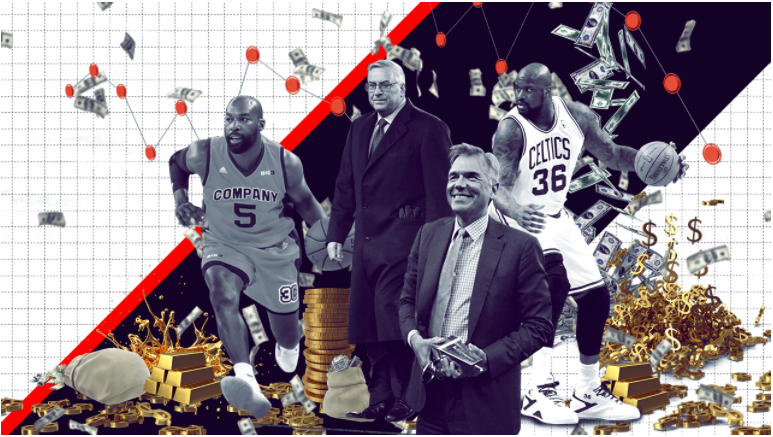 As far as sports SPACs go, consider Bull Horn one of the lucky ones. There are still 62 sports-related blank check companies with $15.9 billion in capital seeking deals, according to Sportico data.

“Our ultimate goal was to create shareholder value and to create a merger with a company that returns value,” Bull Horn co-founder Rob Striar said in a phone call. Three weeks ago Bull Horn closed a merger with Coeptis Therapeutics, a development stage biopharmaceutical company focused on cell therapies for cancer patients.

“We are really happy with the deal, with the merger and their management team,” Striar said. “I don’t think it changes our belief that sports as an asset class would continue to grow and outpace many other assets and investments and that institutional money would flow into it.”

Bull Horn was early in the rise of SPACs, which are companies that raise money in an IPO with the goal of finding an operating business to take public. Striar, whose M Style Marketing has worked with the NHL and CONCACAF, joined with other sports veterans including NBA player Baron Davis, Italian soccer team owner Michael Gandler and former head of global sports at Nielsen, Stephen Master.

By rule, SPACs can’t guarantee to find a deal in any sector, though most indicate a preferred type of business, as Bull Horn did. Sparked by the stock market success of DraftKings’ SPAC merger in early 2020, another 168 SPACs with a sports connection—either with a sports preference or with the participation of an athlete or industry executive—formed in less than 24 months, according to data compiled by Sportico. They were part of a wave of 931 SPACs that held their IPOs the past three years.

At the height of the frenzy, teams in at least four top tier leagues—MLB, the NBA, England’s Premier League and Serie A—considered going public by SPAC, according to various market participants. That never happened, obviously, because the stock market turned bearish, inflation undercut the multiples investors are willing to pay for stocks, and regulators cracked down on SPACs, including warning investors about the dangers of investing just because an athlete or celebrity is involved. Reaching any deal at all, like Bull Horn and last week’s proposed merger with a French mobile payments firm by Goal Acquisitions, is now the exception rather than the rule.

The outcomes, so far, of the 168 sports SPACs formed since 2020, with notable examples:

Based on that tally so far, sports SPACs have winning percentage of just 23%.

“There was, in retrospect, a bubble where investors at the end of 2020, the beginning of 2021, were way too enthusiastic about the ability of SPACs to find operating companies to merge with,” University of Florida business professor Jay Ritter said in a phone call. “The peak of the SPAC market was about the same time there was a peak in meme stocks like GameStop and AMC, as well as crypto… where prices got bid up to levels that weren’t based on fundamentals.”

Further adding to the pressure on SPACs is a tax on share buybacks set to kick in at the start of 2023. The tax, a 1% levy on the value of a transaction, was introduced with the passage of the federal Inflation Reduction Act this summer. Given the specific structure of SPACs—they return IPO capital to shareholders either on demand at a merger vote or when the SPAC dissolves—it appears SPACs will be subject to it. That has led some blank check operators to seek to close up shop by year end to cut their losses. These include Athlon Acquisition, led by Celtics co-owner Mark Wan; media and sports focused Argus Capital; and billionaire banker Ken Moelis’ sports betting-focused Atlas Crest II.

Despite the difficulties, there are a lot of sports SPACs keeping the faith: The 62 active SPACs still have $15.9 billion in IPO capital to put to use. Among the notable names still working the phones: Arctos NorthStar, Alex Rodriguez’ Slam Corp. and Disruptive Acquisition I, which has the participation of Patrick Mahomes, Robert Lewandowski and Naomi Osaka, among others.

The problem is, 40 of those active sports SPACs have deadlines to consummate mergers that fall in the first six months of 2023, according to Sportico data. It takes about four months to shepherd an announced deal through closing. SPACs can get shareholders to approve an extension, like Bull Horn did, but it’s not guaranteed because shareholders can ask for the IPO capital back at such a vote, and many often do.

Regardless of how successful those SPACs are in the near term, participants remain optimistic that there is a role for these vehicles in the future. However, Ritter said they’ll probably take a form that is less profitable for the SPAC sponsors, who earn returns from dirt-cheap warrants to buy shares in the resulting company. “If a deal is going to get completed, the sponsor has to make concessions [and] put in additional money to keep the deal from collapsing,” Ritter said. “Those are market forces—the sponsor giving away a piece of their pie, because their piece of the pie has been too big.”

Still, the lack of culminated sports SPAC mergers shouldn’t be taken as a sign of a lack of market interest in sports ventures, Striar added. “The really interesting part for me has been the amount of deal flow and the creativity of the deal flow,” he said. “It’s allowed us to speak to other investment groups that want to come alongside and partner. It’s allowed us to speak to other SPACs now that this deal is closed…. Institutional money is still coming.”

It’s just much less likely to be coming via SPAC.