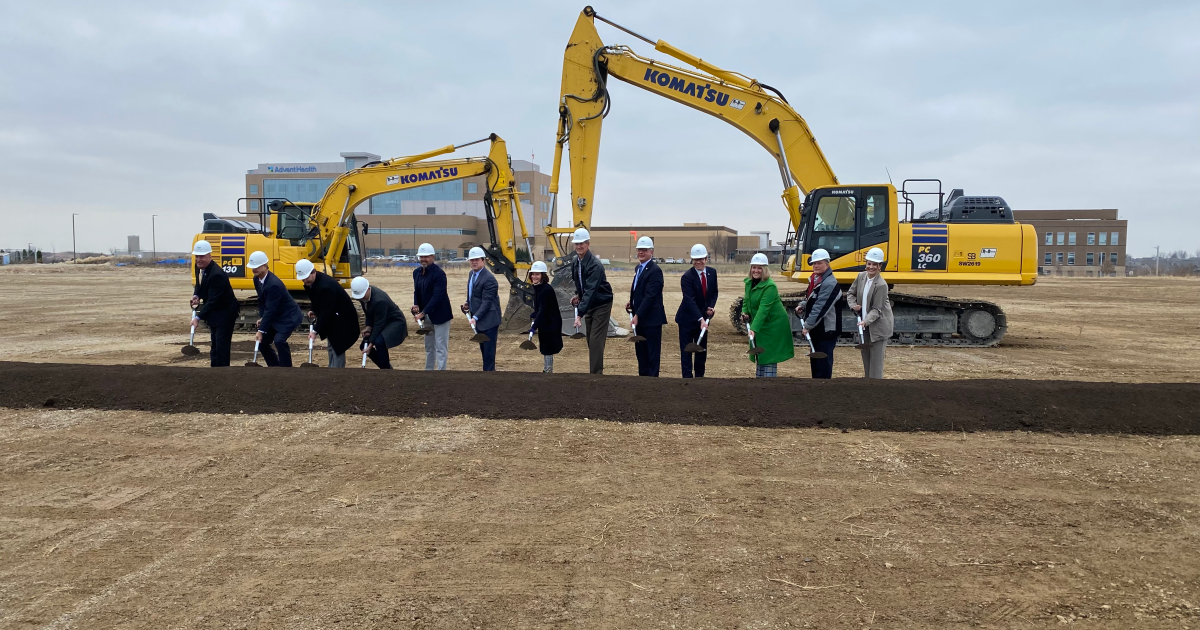 The $400-million project, which will devour 277 acres for a mixed-use development anchored by the multi-sport facility, will be built over two phases.

The turf field can be used for soccer, futsal, baseball, football, rugby and lacrosse, according to a release from Kelly’s office Wednesday touting the development.

Developers said one of the courts will be capable of serving as a 3,500-seat venue, so it hopes to attract graduations and state athletic tournaments among other events.

It also eventually will include food-and-beverage offerings, family entertainment and esports.

The venues — located west of U.S. 69 near West 159th Street and Antioch Road — also will be used for individual and team training as well as community-centered activities, including fitness classes, wellness activities, sports medicine and nutrition services.

Bluhawk also will be home to an ice rink, which can be used for youth and adult hockey leagues as well as public skating, which was a controversial part of the plan when it was first proposed and approved six years ago.

“My administration is committed to making Kansas a place where people want to live, work, and start a business,” Governor Laura Kelly said. “The Bluhawk development project will greatly enhance the quality of life in Overland Park and the surrounding communities and will attract visitors, recreation-seekers, and sports enthusiasts from across the region to Kansas.”

Price Brothers, which is developing the project, said in a release the complex eventually “will drive a projected $3.8 million in economic impact through new market sports and spending revenue to Overland Park in its first year of operation.”

The Kansas Department of Commerce approved nearly $71 million in STAR Bonds, which diverts state and local sales tax revenue generated by the project to pay back the bonds.

The project, which already houses several retail and restaurant spaces, has gone through several different iterations during the approval process.

The complex also is subject to a special 1% sales tax.