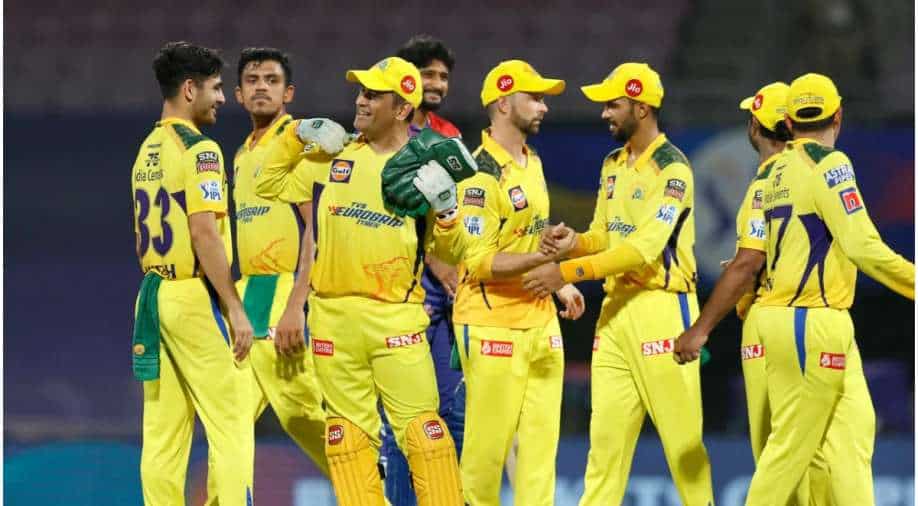 MS Dhoni is a crowd-puller. The 40-year-old remains a big name in world cricket despite retiring from international cricket on August 15, 2020. The former Indian captain has a humongous fan-following across the globe. He not only led India to all major ICC titles, but also created a niche for himself with his unorthodox-yet-effective keeping skills, power-hitting, finishing knocks and helping many current superstar Indian cricketers’ careers flourish.

Recently, Dhoni was seen in the ongoing IPL 2022 edition where he represented the Chennai Super Kings (CSK). While the Yellow Army failed to enter the playoffs, Dhoni’s presence on the field continued to attract eyeballs.

CSK’s throwdown specialist Kondappa Raj Palani recently narrated an unheard story where he was in awe of Dhoni’s charisma and was even scolded by the legendary cricketer.

“The first time, the camp started when Dhoni retired. I saw him for the first time then. He asked if you were the throwers. He asked me to throw balls at him. The team was pleased after that. The net bowlers were speaking about his retirement. After two or three weeks, he came to play sidearm. Everybody was arriving,” Palani said on the Chennai Super Kings website.

“Fleming, Hussey and everyone said Dhoni was coming and asked me to bowl carefully. The first two balls were wides. The next ball was a full toss. Dhoni came to me and said ‘Stop looking at me and bowl’. He asked me to play naturally. I then started bowling wherever he wanted and then he was very happy. He started addressing me everyday since with my name,” he added.

ALSO READ | CSK legend MS Dhoni confirms participation in IPL 2023, says ‘will be unfair to not say thank you to Chennai’

On the other hand, Palani’s fellow throwdown specialist, Murugan, had a much smoother and easier encounter with Dhoni.

“He mostly asks me to bowl front foot. He used to say picking wickets is next. First, get the feel of it. We started giving him that,” Murugan mentioned.

Dhoni, who has close to 5,000 runs in IPL, is set to return for thw 16th season next year. His ardent fans will certainly come in large numbers to support him and hope for CSK’s revival in IPL 2023.