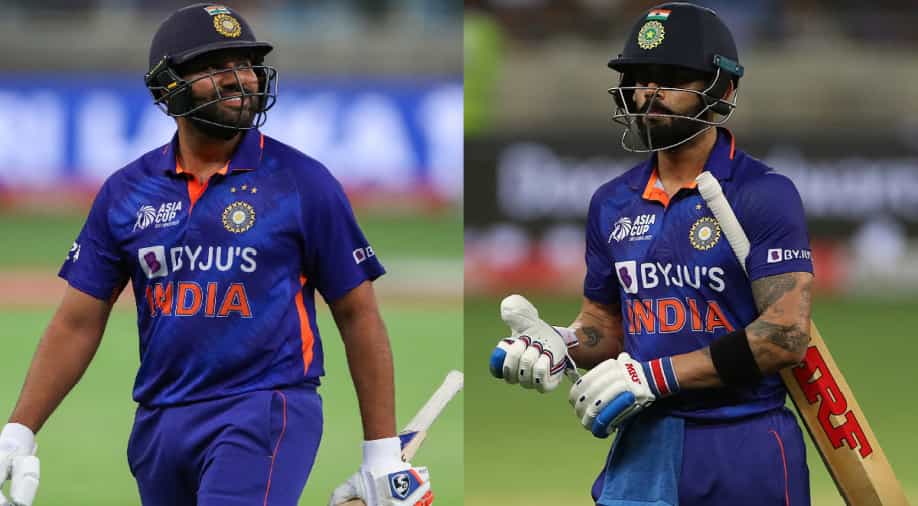 Former India captain Sunil Gavaskar was not impressed by captain Rohit Sharma and Virat Kohli’s performance against Pakistan in the Asia Cup 2022 clash against Pakistan on Sunday. While India defeated Pakistan by five wickets in the game to get off to a winning start, India’s top order failed to deliver once again.

KL Rahul was sent packing on a duck in the very first over by young Pakistan pacer Naseem Shah before Rohit Sharma (12) and Virat Kohli (35) added 49 runs for the second wicket. However, the duo looked far from their best. While Rohit was struggling to middle the ball properly, Kohli did play a few dazzling strokes but was rode on luck on a few occasions.

Former India captain Gavaskar said he had always felt luck was not favouring Kohli when he was struggling to score runs in the last few months, however, luck was on his side against Pakistan on Sunday. Kohli did manage to get off to a good start and was settled in the middle but threw away his wicket after poor shot selection against spinner Mohammad Nawaz.

While it was a half-hearted stroke, many felt there was no need for Kohli to go for a big shot immediately after Rohit’s dismissal. Gavaskar said both Rohit and Kohli got out to forgettable shots and should have tried to stay longer on the crease and play big knocks as the required rate was not much.

“Today, he had a lot of luck, drop catches, a lot of inside edges, which went so close to the stumps, he had the luck. But he did capitalise on it and played some very fine shots,” Gavaskar was quoted as saying by India Today.

“But one had expected that with the kind of start that he had, he should have got around 60-70. He got out immediately after Rohit got out. Both of them got out to forgettable shots. At that stage, those shots were not necessary as the asking rate wasn’t 19 or 20 for them to attempt sixes at that stage.

“It was required for them to get going, get to 70-80 and then maybe go for the big shots. That should be learning from this game,” he added.

India’s top three wree back in the hut inside 53 runs in the 10th over as the Men in Bluefound themeselves in a triky spot in the run-chase. However, Hardik Pandya combined with Ravidra Jadeja to steer India through and secure a thrilling five-wicket win for the team in the final over.

While Hardik scored an unbeaten 33 off 17 balls, Jadeja scored 35 off 29 bals. The duo shared a 52-run stand for the 5th wicket before Jadeja was dismissed on the first ball of the fina over. However, Hardik showed nerves of steel as he finished off the run-chase in style with a six.