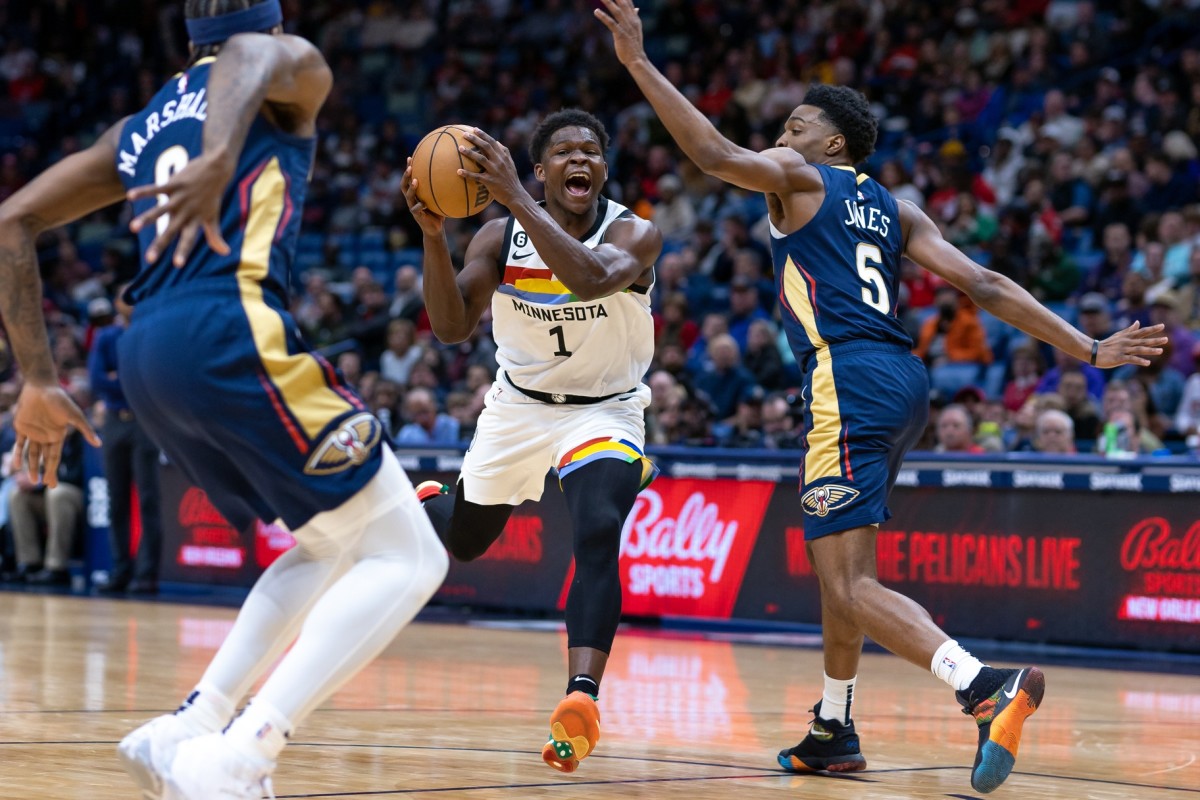 Anthony Edwards scored a game-high 37 points as the Minnesota Timberwolves held on for a 111-102 win over the New Orleans Pelicans on Wednesday night.

Two games after Edwards scored 44 points in a win over the Houston Rockets last Saturday night, he went off again, adding five assists and four rebounds to pace the Timberwolves’ offense.

Edwards led the way for the Timberwolves, who battled a Pelicans team that was without Zion Williamson due to a hamstring injury. A 15-0 run in the third quarter helped Minnesota build its lead to double-digits on a night where all five starters scored in double figures.

The Timberwolves held the lead for the rest of the second half even as New Orleans rallied after head coach Willie Green was ejected in the fourth quarter. Brandon Ingram’s free throws with 1:41 to go cut the lead down to 104-100 and Jaden McDaniels knocked down a big 3-pointer to effectively put the game away.

D’Angelo Russell had 19 points and five assists while Rudy Gobert had 17 points and 12 rebounds. McDaniels finished with 10 points on the night and Kyle Anderson had 10 points and seven rebounds.

It was a big win for the Timberwolves, who improved to 25-25 to begin a stretch of five straight games against teams currently in the Western Conference playoff picture. Minnesota will continue the gauntlet on Friday when they host the Memphis Grizzlies.