Skip to content
HomeSportsViral: Jos Buttler smacks a six despite ball landing outside the pitch in NED vs ENG 3rd ODI – WATCH 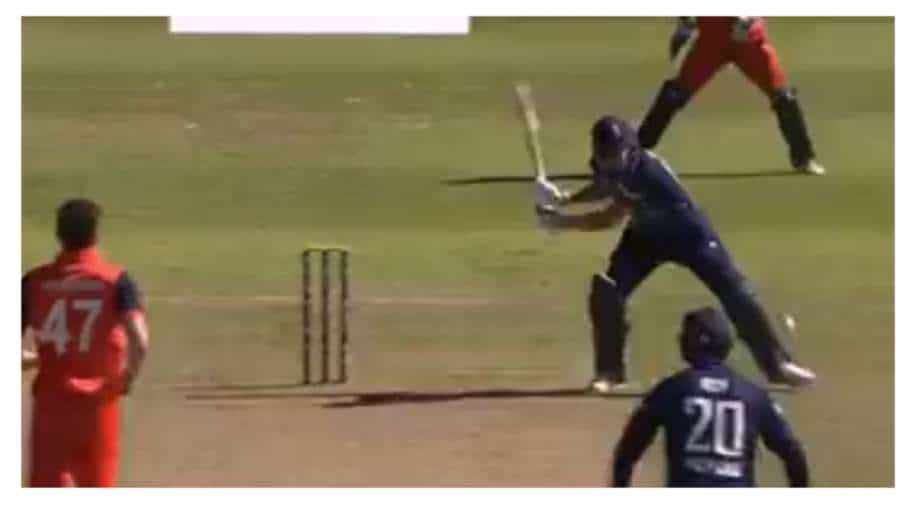 England were without regular captain Eoin Morgan when they locked horns with a hapless Netherlands side in the third and final ODI at the VRA Cricket Ground, Amstelveen on June 22 (Wednesday). Despite being without Morgan, the Jos Buttler-led side continued their merry run versus the hosts and won the series finale by eight wickets, in pursuit of a moderate 245.

After fifties from Max ODowd, Bas de Leede and keeper-captain Scott Edwards propelled the Netherlands to 244 all-out in 49.2 overs, England chased down the target in just 30.1 overs courtesy of Jason Roy’s unbeaten 101 and stand-in skipper Buttler’s 64-ball 86*. Earlier, David Willey had shined with the ball, returning with 4 for 36.

During the run-chase, Roy and Buttler shared an unbeaten 163-run third-wicket stand. While Roy struck at 117.44, Buttler was at his attacking best. He struck 7 fours and 5 sixes, with one of his maximums making heads turn. Facing pacer Paul van Meekeren in the 29th over, Buttler smacked a delivery for a six despite the ball landing outside the pitch. Meekeren tried a slower one but the ball got stuck in his hands and after release, Buttler pounced on the white cherry by showing no mercy.

After the match, an elated Buttler reflected on England’s 3-0 whitewash and said, “We’ve played very well. Brilliant with the ball, good batting as well. There’s a lot of cricket coming up which is very exciting, we have great depth in this squad, very excited. Great debut for Payne, Brydon Carse looks exciting and Salt has also been impressive. Thank you to the Barmy Army for travelling to Amsterdam,” he said.

He also returned with the Player-of-the-Match, comprising an unbeaten 162 and 86*.