Skip to content
HomeSportsVirat Kohli is getting dismissed every single way that you can possibly get out: Faf du Plessis 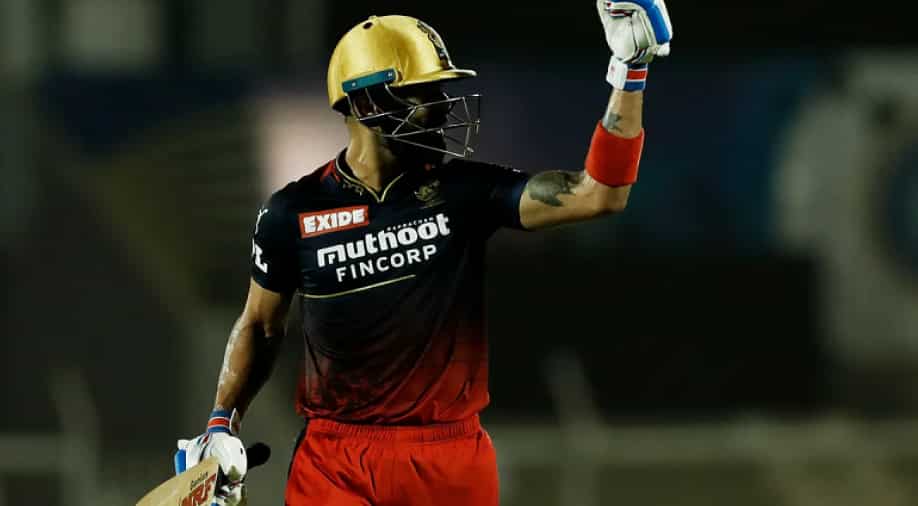 Royal Challengers Bangalore (RCB) superstar Virat Kohli has had a forgetful campaign so far in the ongoing Indian Premier League (IPL) 2022. Kohli has struggled to churn out runs consistently for his side as RCB lie on the verge of missing out on a spot in the playoffs despite coming close.

Punjab Kings (PBKS) thrashed RCB by 54 runs at the Brabourne Stadium in Mumbai on Friday (May 13) as Kohli’s shambolic run with the bat continued. It was a crucial game for the Faf du Plessis-led side, who are currently at the fourth spot on the points table with 14 points from 13 matches.

A win against PBKS would have taken them closer to a spot in the playoffs, however, now they stand on the verge of missing out if they lose their last league game. It was yet another disappointing display from the RCB batters, who failed to chase down the target of 210 runs and were bundled out for 155 runs.

Opening the batting with Du Plessis, Kohli managed to get off to a good start as he scored 20 runs with the help of two fours and a solitary six. However, he was sent packing by Kagiso Rabada in the 4th over after being caught by Rahul Chahar. Kohli has failed to fire with the bat so far this season as he has only managed 236 runs in 13 games at a disappointing average of 19.67.

Speaking about Kohli’s horror run in IPL 2022, RCB skipper Du Plessis said the RCB star has now started seeing the funnier side of things as he is getting out in every possible way that one can. Du Plessis said Kohli has been working hard on his game and backed him to bounce back soon.

“He (Kohli) is seeing the lighter side of it, every single way that you can possibly get out, is happening to him. That’s how the game works,” Du Plessis said after RCB’s loss to PBKS.

“All you can do is to keep trying hard, work hard and stay positive. He played some good shots tonight, obviously would want him to carry on. Bad patches happen to all of us, he’s taken it in the right note,” he added.

Also Read: ‘He can come in at No. 6 or 7’ – Sunil Gavaskar picks Dinesh Karthik as India’s finisher for T20 World Cup

RCB are now in a must-win situation for their final league game against table-toppers Gujarat Titans. A loss against Hardik Pandya’s men can all but end their hopes of making it to the playoffs this season. RCB have so far managed 7 wins and six defeats in the tournament this year.