Skip to content
HomeSportsVirat Kohli will remain at no.3: Wasim Jaffer on ex-India captain’s batting spot for T20 World Cup 2022 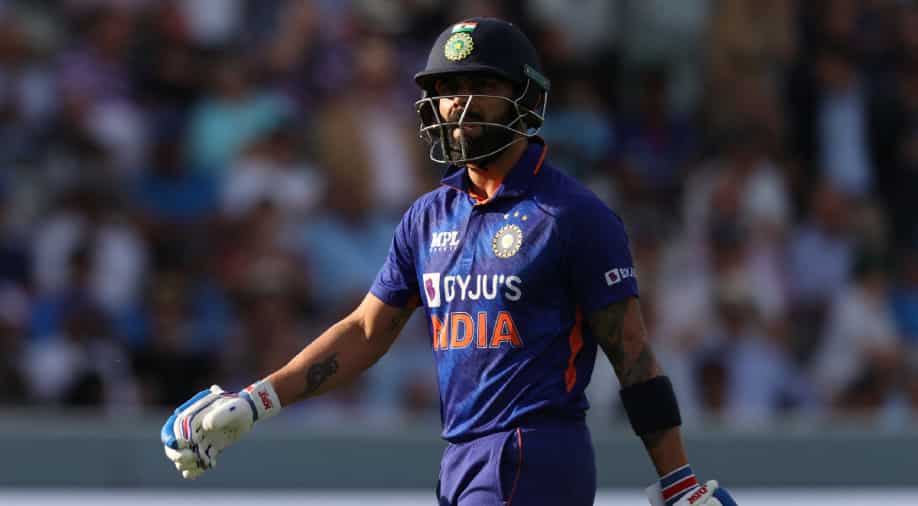 Amid calls for Virat Kohli to be dropped from India’s T20I squad over his ongoing lean patch, former India cricketer Wasim Jaffer has backed the senior batter to retain his no.3 spot in the batting lineup at the T20 World Cup 2022 in Australia later this year. Jaffer believes Kohli will keep his original no.3 spot despite poor form in international cricket at present.

Kohli has been enduring a lean patch across all formats for the Indian team for a while now and has been far from consistent with the willow. He has also struggled to notch up big scores for the team and his last international century for India came in November 2019.

The senior Indian batter’s form came under the scanner during India’s tour of England earlier this year where he flopped in all three formats before being rested from India’s onging tour of West Indies. Kohli will miss India’s upcoming tour of Zimbabwe and is expected to make his comeback for the Asia Cup 2022 next month.

Also Read: ‘Behave like a human being’ – Shahid Afridi on ‘city biases’ in Pakistan team selection

Despite his woeful form, Jaffer has backed Kohli to be India’s no.3 at the T20 World Cup Down Under. The former India cricketer also feels captain Rohit Sharma will open the batting with KL Rahul in the tournament and believes the likes of Rishabh Pant, Ishan Kishan and Sanju Samson can play key roles for the team.

“Virat will remain in his original No. 3 place in the team. KL Rahul and Rohit Sharma should open, and other players like Rishabh Pant, Sanju Samson, and Ishan Kishan can contribute significantly to the squad. I feel that the aggressive approach that India has undertaken is very nice to witness. India’s chances of winning (T20 World Cup) are bright,” Jaffer said on the ‘CricChat Powered by Parimatch’ podcast on the Sharechat app.

Kohli is currently enjoying his break with his family and will be eager to regain his form when he makes his comeback for Team India in the upcoming Asia Cup. Kohli was rested from the last edition of the Asia Cup in 2018 where Rohit Sharma led India to victory. The former captain will be hoping for redemption in the tournament this year.