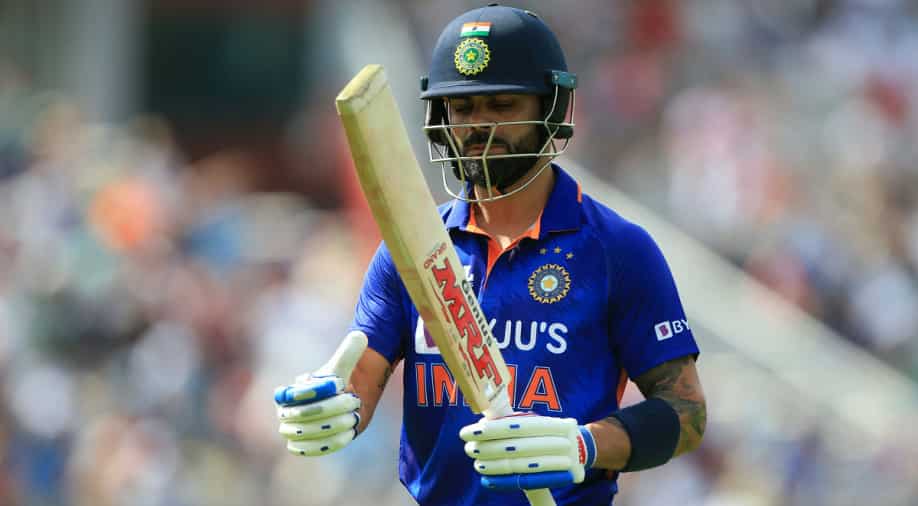 Former India cricketer Sanjay Manjrekar has questioned the Indian team management’s decision to provide frequent breaks to senior batter Virat Kohli. Kohli has been rested from India’s ongoing T20I series against West Indies and is currently not in action for the Men in Blue. Kohli has already missed a host of series for India in 2022.

The former India captain had missed the South Africa limited-overs series at home after the conclusion of the Indian Premier League (IPL) 2022 where he had an average campaign for Royal Challengers Bangalore (RCB). He was not part of India’s tour of Ireland and has also missed the ODI and T20I series on the team’s ongoing tour of the West Indies.

Amid his lean patch for the Indian team, questions have been raised over Kohli’s continuous breaks with many believing the senior batter should rather try to play more matches to regain his form. Former India cricketer Manjrekar has echoed similar sentiments and questioned Kohli’s frequent breaks for the Indian team.

Manjrekar cited the example of Indian pacer Bhuvneshwar Kumar, who was struggling with his form last year but managed to make a strong comeback by playing more matches and is now a certainty in India’s squad for the T20 World Cup 2022 later this year.

“Bhuvneshwar Kumar recently gave an interview, and he is at his peak at the moment. Eighteen months back, we thought he may not have an international career. But, he has bounced back superbly and is a certainty to make the T20 world cup squad. And he said, the more I bowl, the more I got my rhythm,” Manjrekar told Sports18.

“I think they should have played Virat Kohli in every International match possible, whatever the format because Virat has had his breaks. People are advocating that he should take some breaks and he’s had his breaks,” he added.

The cricketer-turned commentator pointed out how Kohli has not played much international cricket over the last couple of years and said in his personal view, it would have been better for the senior batter had he played more matches for the Indian team.

“If you look at the last two years, he’s not played a lot of International cricket. Maybe there’s some logic there that we don’t know about. Maybe they had a chat with Virat Kohli, but my personal view is the more Virat Kohli would’ve played and especially these matches would’ve been better for him and Bhuvneshwar Kumar clearly has said like it is with a lot of players when you’re going through a rut, the best way to come out of the rut is by playing. So, hopefully, that will happen soon,” said Manjrekar.

Along with Kohli, the likes of Jasprit Bumrah, captain Rohit Sharma, Mohammed Shami and Rishabh Pant had also been rested from the ODI series against West Indies last month. However, Rohit and Pant made their comebacks in the ongoing T20I series. Kohli is also set to miss India’s upcoming tour of Zimbabwe and is likely to make his comeback at the Asia Cup 2022 later this month.