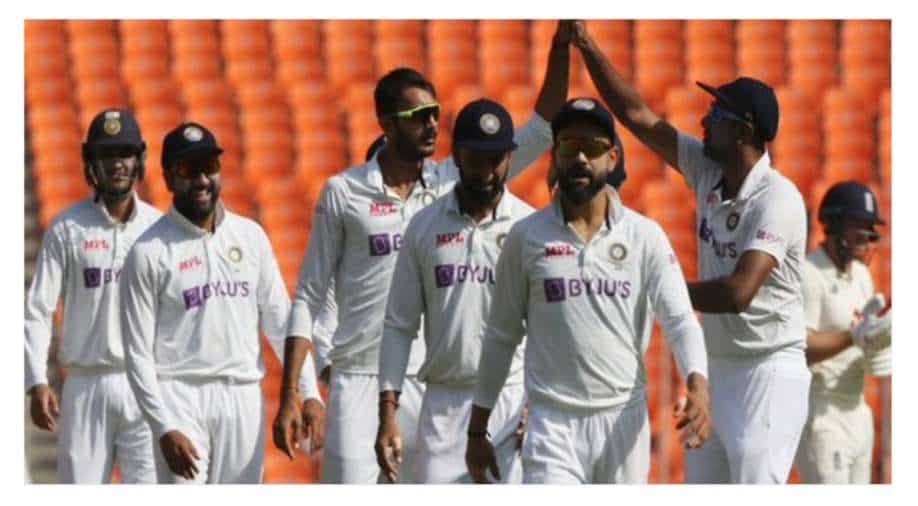 The Rohit Sharma-led Indian Test team is in England for their rescheduled fifth and final Test versus Ben Stokes & Co., which is set to take place in Edgbaston, Birmingham on July 01. With the incomplete five-match series, which was originally set to end during the 2021 English summer, serving as a huge opportunity for the visitors to win their first-ever red-ball series on English soil since 2007, Rohit & Co. will leave no stone unturned to return victories as they already have an unassailable 2-1 lead.

While Rohit, Virat Kohli-starrer Team India is gearing up for their three-day practice game, versus Leicestershire, there is reportedly Covid-19 fear looming large in the Indian camp. According to a report in the Times of India, former captain Virat had tested positive for Covid-19 post his holiday in Maldives. He, however, recovered before joining the team. While he has returned negative, a few more players may have also tested positive for the deadly virus.

“Yes, Virat too was hit by Covid after returning from holidaying in Maldives, but he’s recovered now,” a BCCI source told TOI.

“This now means that India’s tour game against Leicestershire from June 24 won’t be as intense as coach Rahul Dravid wanted it to be, since the medical advice is to not overload the players after they’ve suffered Covid-19. There could be more Covid cases in the team,” the source added.

It is to be noted that the incomplete five Tests between India and England had come to a sudden halt, on the day the series decider was to kick off in Manchester, due to the Covid crisis in the Indian camp. The visitors will not like to endure the same fate this time around. They are already without R Ashwin, who has tested positive and hasn’t flown to England with both the batches of Indian Test players.