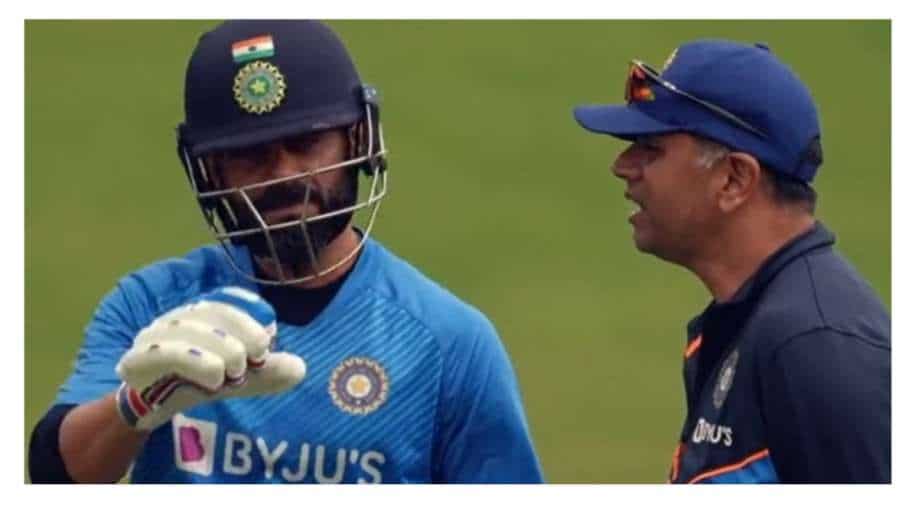 Virat Kohli’s form struggles isn’t hidden anymore. The 33-year-old has struggled for big knocks since late 2019. In November 2019, Kohli reached his 70th international ton and the wait for his 71st century awaits to date. Since then, he has played some good knocks, especially in white-ball formats, however, he has remained far from his usual best.

In Tests, in 2021, Kohli averaged just over 25 and hasn’t struck at a good rate in the last two IPL seasons as well. In fact, the right-hander returned with 341 runs at 115.99 with only two fifty-plus scores. Thus, Virat’s childhood coach Rajkumar Sharma opined on his disciple’s form struggles and feels that head coach Rahul Dravid will help in getting the iconic batter out of this rut.

“Virat is working a lot on his basics, putting the hard yards on his batting for a long time. It is a good thing that he is spending time with Rahul Dravid because he was one of the greatest batters of his time.”

“The sort of technique he (Dravid) had, it was fantastic and he had a fantastic temperament as well. It is not that Virat Kohli is making a lot of mistakes in his basics but it is required at times that if you are making a small mistake and if you have a coach like Rahul there, he can guide you about how you can improve,” Rajkumar told India News.

ALSO READ | ‘This has happened because of him’: Ex-Pakistan captain blames Ravi Shastri for Virat Kohli’s poor form

“Virat has been practicing like that only. He has done that (spending time with Dravid) today but he has been working for a long time to regain his batting style and get back into the habit of scoring centuries.”

“The way Rahul used to bat in swinging conditions, he got the name ‘Wall’ because he used to bat very well in conditions other batters used to struggle. So it is a good thing that he is sharing his thoughts with Virat and Virat is learning from him. I have confidence that Virat will definitely gain from this,” Rajkumar further opined.

Kohli is currently part of the Rohit Sharma-led Indian Test line-up in England, for the fifth and final Test versus Ben Stokes & Co. on July 01. Prior to that, he will be in action during the four-day warm-up Test against Leicestershire, which is underway at Grace Road, Leicester.