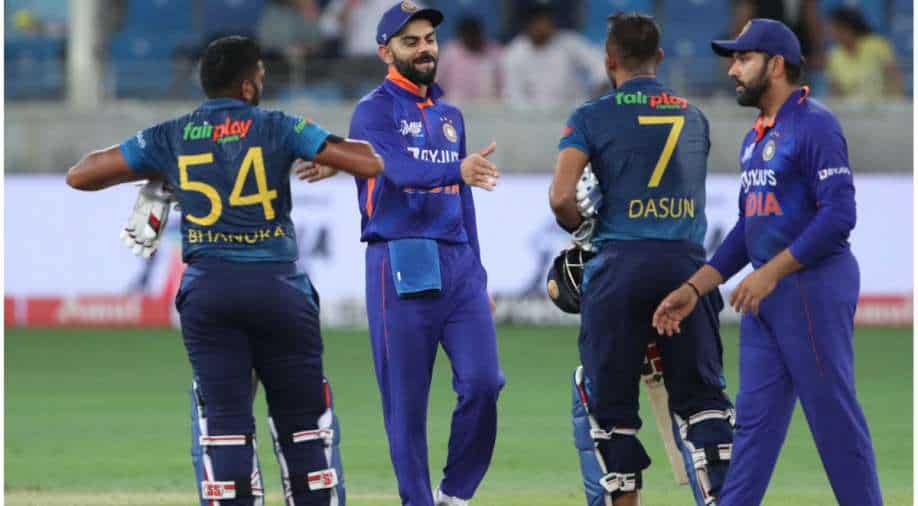 India, under Rohit Sharma, failed to win the Asia Cup 2022 edition despite being termed as favourites. India dominated the group stage but fell flat in the Super Four, losing their opening two games versus Pakistan and Sri Lanka respectively, to bow out of the multi-nation tournament without featuring in the final.

On Tuesday (September 20), India hosted Australia in the three-match T20I series opener at the PCA IS Bindra Stadium in Mohali. Being asked to bat first, India posted 208 for 6 only to lose the clash in the last over as the current T20 world champions Australia went past the finish line by four wickets in a last-over finish. As witnessed in the Asia Cup, India’s loss to Australia in Mohali once again exposed their death-bowling concerns with the T20 World Cup less than a month away.

Speaking to Sports 18, former Indian batter Sanjay Manjrekar revealed that while he was pessimistic after India’s performance in Asia Cup 2022, he saw some positives in Rohit & Co.’s 1st T20I loss at the hands of Aaron Finch-led Australia. “See after the Asia cup, I thought there were more wounds, deeper wounds. But this match actually has given me a lot of positives. The bowling issues will be easily addressed with Mohammed Shami being available and (Jasprit) Bumrah coming back. So, there were real important positives. After the Asia cup, I was slightly disheartened and pessimistic. But after this loss to Australia, I’m not that depressed,” Manjrejar mentioned.

Manjrekar commented on Harshal Patel’s bowling, who conceded 22 runs in the penultimate over in the Mohali clash versus the Men in Yellow. The Royal Challengers Bangalore (RCB) pacer ended with match figures of 4-0-49-0. “Harshal is someone we’ve seen for a number of years. We’ve seen him in the IPL as well. He’s a guy who rebels when the pitch is dry when his slower ball becomes really slow and becomes very difficult to play. Last time his slower balls were going at around 120kmph. So, it’s not a huge drop in pace. So, Harshal is a worry if the pitch is flat, bouncy and pacy. That’s what you’ll get in Australia. So that’s another thing that India will be mindful of, the skills of Harshal in Australia,” the ex-cricketer added.

India is likely to see the return of premier pacer Bumrah, who recently recovered from a back injury but wasn’t rushed into the playing XI for the series opener in Mohali, in their second and penultimate T20I versus Australia. It will be held in Nagpur on Friday evening (September 23).