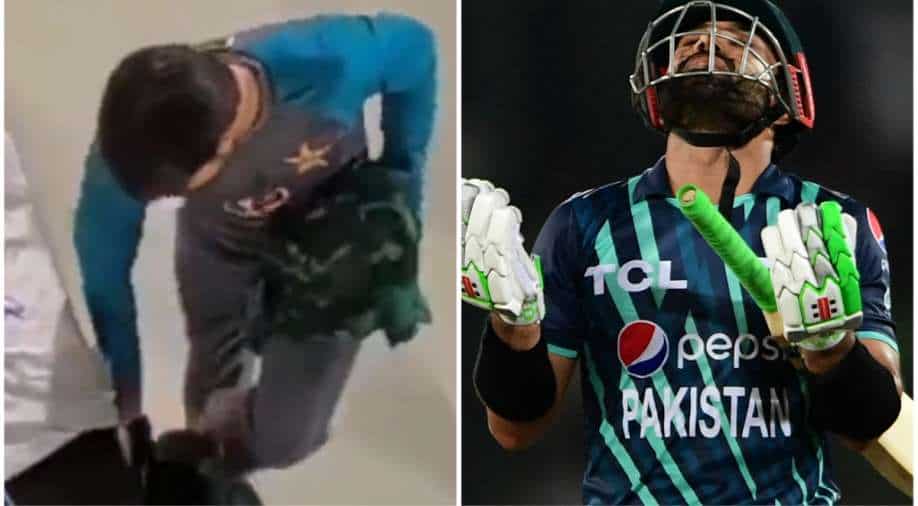 Mohammad Rizwan has been in sensational form for Pakistan. His recent run of form in the shortest format is exceptional. He ended as the highest run-getter in the Asia Cup, with 281 runs in six outings, and has already scored three half-centuries out of four T20Is in Pakistan’s ongoing home series versus England.

Rizwan, the No. 1 T20I batter, remains one of the key players for Pakistan as the Men in Green are gearing up for the forthcoming T20 World Cup, in Australia in October-November. However, the wicketkeeper-batter made heads turn in a shocking video which has gone viral. In the viral clip, the 30-year-old was signing autographs for the Pakistan fans on caps and jerseys. Amid all this, someone threw the national flag towards him and the Pakistani opener caught hold of it and signed on it. However, he lifted the Pakistani flag with his feet towards the end of the video:

Talking about Pakistan-England seven-match T20I series, the Karachi leg got over on Sunday (September 25) with the hosts winning the fourth encounter by three runs. Being asked to bat first, Pakistan rode on Rizwan’s 88 to post 166 for 4 in 20 overs. In reply, England conceded the game despite needing only five runs off the last ten deliveries, with three wickets in hand. They were dismissed for 163 in 19.2 overs with Haris Rauf and Mohammad Nawaz accounting for three scalps each.