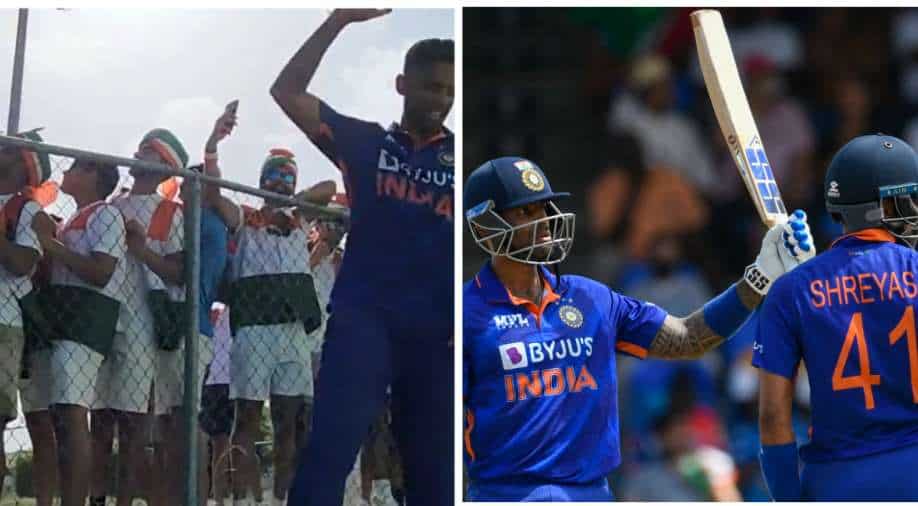 Suryakumar Yadav didn’t have the best of starts to the ongoing five-match T20I series between India and West Indies, in the Caribbean island, with back-to-back failures in the opening two games. However, the right-hander came to his own in style in the third T20I and helped India chase down 165 as the visitors now lead the series 2-1.

Talking about the third T20I, held on Tuesday (August 02) at Warner Park, Basseterre, St Kitts, Rohit & Co. opted to bowl first. Riding on Kyle Mayers’ 74 and cameos from Rovman Powell and Shimron Hetymer, WI posted a challenging 164-5. In reply, India lost captain Rohit early — retired hurt for a 5-ball 11 due to back spasm — but rode on SKY’s entertaining 44-ball 76, Shreyas Iyer’s supporting knock and Rishabh Pant’s 26-ball 33 not out to go past the finish line.

After the match, SKY won hearts of his fans with a heartfelt gesture, which was shared by BCCI’s official Twitter handle. Here’s what he did:

Surya’s knock included 8 fours and 4 sixes, striking at 172.73, as he stood tall for Team India when it mattered the most post Rohit’s exit.

The fourth and penultimate T20I will be held in Florida on Saturday (August 06).