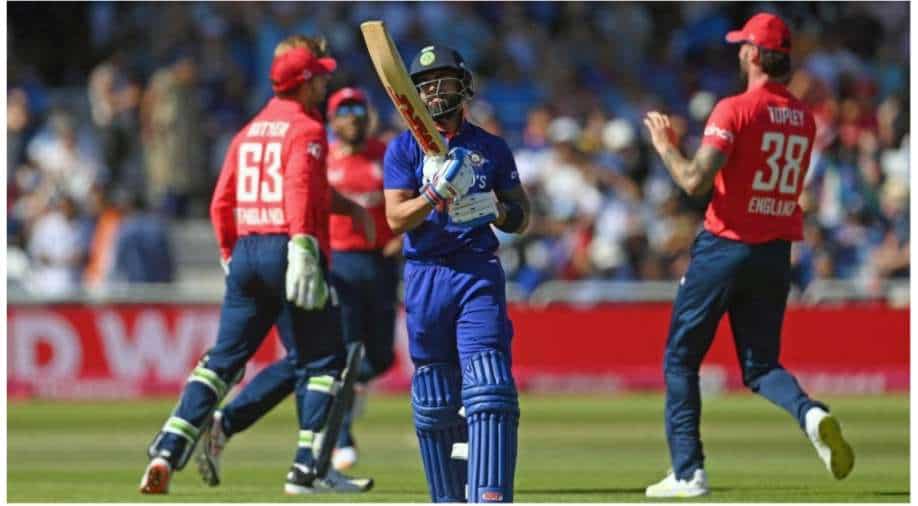 After India’s successful white-ball tour of West Indies, the Rohit Sharma-led Men in Blue will now shift their focus towards the forthcoming Asia Cup, in UAE, which will be played in the shortest format as a dress rehearsal for the 2022 T20 World Cup (to kick off later this year in Australia).

While India are ticking a lot of boxes, they do have some issues to sort out while finalising their T20 WC squad. Along with problems of plenty, India also need Virat Kohli to return to form at the earliest. The former Indian skipper has looked out of sorts for long and even ended the England tour without a single half-century across formats. His century-drought also continues since 2019 whereas his similar sort of dismissals — chasing the ball on the fourth or fifth-stump line — have led to his criticism.

A lot has been said and written about Kohli’s batting slot. Should India open with Kohli and Rohit or is the former best suited at his preferred slot, i.e. No. 3? Or, can he be demoted? Amid all this, former Indian stumper Parthiv Patel suggested that Kohli should be promoted as an opener, to play freely and not as per the situation.

Speaking on Cricbuzz, Parthiv said ahead of India’s squad selection for Asia Cup, “I would want Virat Kohli and Rohit Sharma to open. I want Kohli to open, so that he can just go out and unleash himself. He’s taken a break, but we all know there’s no shortage of ability in his batting style.

“As an opener, you start the game at 0-0. Whereas at No.3, you have to play according to the situation. Kohli can play the way he wants and can still play at a strike rate of 170, and if two wickets have fallen early, he can also play at 130,” he stated.

“You want Kohli to play as freely as he can. There’s no pressure on him and he doesn’t have to prove anything to anyone. He’s already scored 70 hundreds and has scored plenty of runs.

“All his runs and his big knocks have come as an opener in the IPL in 2016, 2017 and 2018. That’s the position that he likes and he likes to go out there an play an attacking brand of cricket,” Parthiv further added.

Kohli was out of action from the entire West Indies tour. He, however, is set to make a return to the T20I squad for the Asian championship, where India are the defending champions.