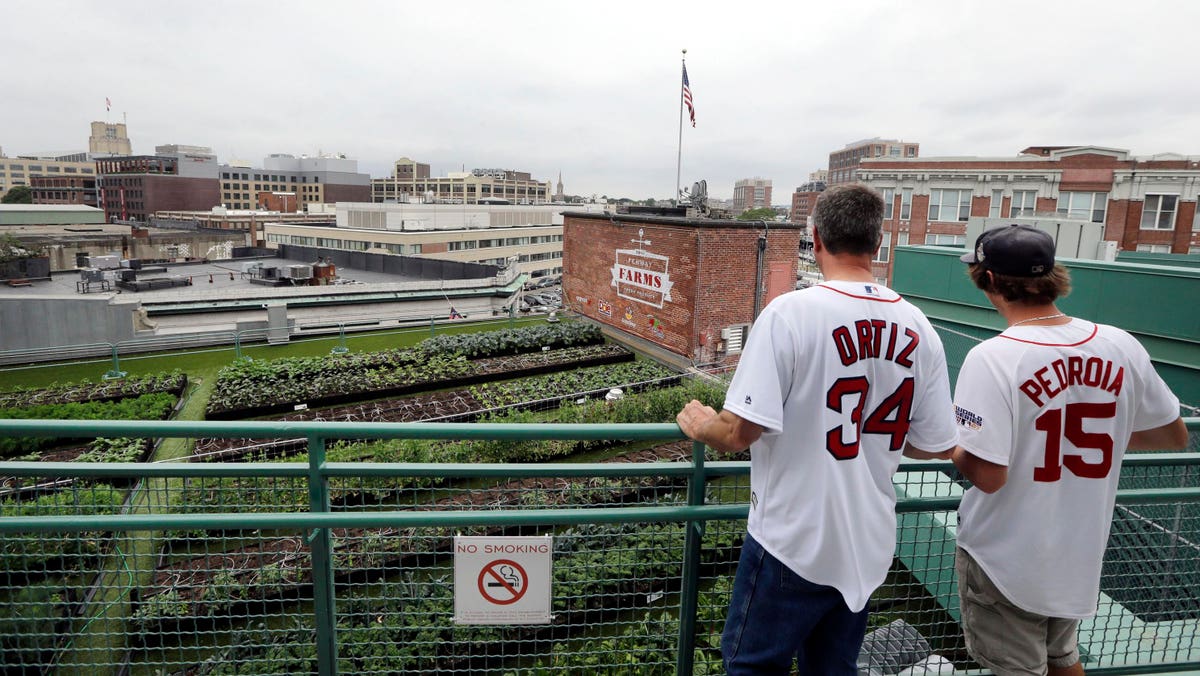 The importance of climate change and sustainability issues has largely been determined by political party with the majority of Democrats “worried a great deal” about environmental issues and a small minority of Republicans feeling the same.

According to Gallup, just over 40% of Americans identify as “environmentalists,” down from a high of 78% three decades ago, but roughly the same since the turn of the century. This has largely turned into a political party issue, with twice as many Democrats identifying as environmentalists compared to Republicans.

Would conservatives change their tune if going green meant making putting more green in their pockets?

When it comes to the bottom line in sports and entertainment, the joint efforts of the Oakview Group (OVG), Fenway Sports Group, and the Atlanta Hawks & State Farm Arena to launch GOAL (Green Operations & Advanced Leadership) aim to lead the way. GOAL is a broad set of sustainability standards specifically designed for venues (arenas, stadiums, convention centers, etc) as a tactical roadmap to achieve the standards with a customized tracking tool for long-term accountability.

Inspired by the industry-leading work at OVG owned-and-operated Climate Pledge Arena, the home of the NHL’s Seattle Kraken and WNBA’s Seattle Storm, and on track to be the world’s first, and only, Carbon Zero Certified arena, the GOAL membership portal will be powered by customized software developed in collaboration with Amazon Web Services (AWS). Member venues will have the opportunity to track their performance against scientifically backed standards in environmental and social categories such as energy and water use, greenhouse gas emissions, waste management, indoor air quality, and health and well-being.

Kristen Fulmer, OVG’s first-ever Director of Sustainability, explains, “Sustainable partnerships bring the live events community together to understand how venues perform and what good, better and best looks like.” The intersection of sports, entertainment and sustainability can become the nexus for future profitability as venues prioritize sustainability efforts including environmental, social and governance (ESG) issues.

Venues aligned with GOALs may benefit in at least five ways.

Second, buildings that operate more sustainably attract like-minded partners. Corporate sponsors aligned with GOALs will want to associate with these venues to authenticate their brand promises.

Third, venues hosting various shows will increasingly find artists demanding the venue comply with specific environmental or social practices. “If you want content and the dollars that come from that content, you’re going to have to make some sustainable moves,” notes Granger.

Fourth, as the employee base becomes younger and more socially and environmentally conscious, organizations that operate accordingly will be able to attract and retain talent.

Finally, more broadly speaking, the market is moving in this direction as companies, artists, and governance require it. Better to plan, prepare, organize, lead and adjust rather than lag, lose, and languish.

Choose your own adventure

Chris Granger, President of OVG 360, explains how GOALs can assist a variety of sports & entertainment venues: “Sustainability can be overwhelming. We help each venue with different needs to understand how they can choose their own adventure to determine what can be done today to make a difference.” Water efficiency in Texas might be critical while air pollution in larger metro areas become paramount.

As the dashboard shows in the video below, venues can track data on carbon footprint, energy consumption, water consumption, waste diversion, among other metrics and compare with similar venues to track performance. Granger adds, “Regardless, we want to create a path that is meaningful to you” at each venue.

One thing on which both liberal and conservatives should agree is the importance of proper stewardship of our possessions, both corporately and individually. Good stewardship of environmental resources coincides with generating more revenue for venues. What GOALs provides is best in class technology and information systems to help sports and entertainment venues take SMART (sustainable, measurable, attainable, relevant and time-bound) steps forward.

Making these changes is not free. Organizations joining Green Operations & Advanced Leadership (GOAL) can expect to pay into the mid five figures as members, dependent upon venue and requirements.

As venues and corporate partners communicate and activate brand messages around carbon zero (viz., no fossil fuel, converting to electric, with renewable energy power), eliminating single-use plastics, conserving water, and zero waste (composting and recycling) initiatives, will this translate into changing what people think and do?

Possible next steps for venues and partners is to track the relevant impact on consumers. In five years, have more patrons of GOAL venues gone electric, eliminated single-use plastics, conserved water and moved toward zero waste in their own lives? It’s one thing if GOALs are achieved when we go out for sports and entertainment. It’s another if we not only say we are environmentalists but more of us are. Maybe then we can quit worrying about it.