Skip to content
HomeSports‘Why would he care…..?’ Shahid Afridi gives savage response on being asked about Virat Kohli’s form 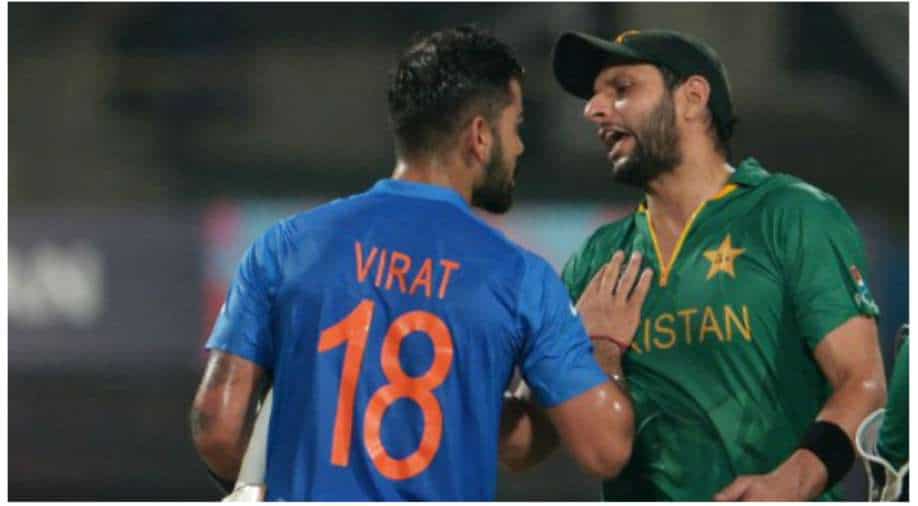 Virat Kohli’s form continues to be a cause of concern for Team India and its ardent fans. While Kohli is out of action at present and isn’t part of Rohit Sharma & Co.’s white-ball tour of the West Indies, the 33-year-old continues to make headlines as many former cricketers and experts share their views and give advises to the star batter on how to regain his form.

Many former players have commented on Kohli’s recent rut. In the recent England tour, he returned without a single half-century across format whereas his last international ton came in late 2019. His dismissals are of similar pattern, poking at deliveries outside the off-stump, hence, many have opined on his lack of runs. Recently, when a journalist asked former Pakistan all-rounder and captain Shahid Afridi to comment on Kohli’s struggles, the legendary cricketer gave a befitting reply.

ALSO READ | ‘In ODIs, I will….’ – When Virat Kohli made bold claim of emulating Sachin Tendulkar’s 50-over heroics

“Usne mere mashware ko kya dekhna hai (Why would he care about my advice?). He has to perform because the expectations from him are so high. And for a very long time, there has been no performance from him according to the standards that he has set for himself,” Afridi was seen replying to reporters’ questions in a video which was shared by Sports Paktv.

Afridi also opined on India-Pakistan’s upcoming clash in the 2022 Asia Cup, which will be held in the shortest format, in the UAE. Both sides are expected to meet more than once before also locking horns in the forthcoming 2022 T20 World Cup, in Australia, from October-November.

“As far as the Pakistan team is concerned, it is a balanced side. I hope that not only in the Asia Cup but even in the World Cup, our performances will be good. I hope the players are fit, because I don’t see much strength on the bench. But the 11-12 first-team players that we have, they are very strong and I hope they will bring in good results,” the former captain added.