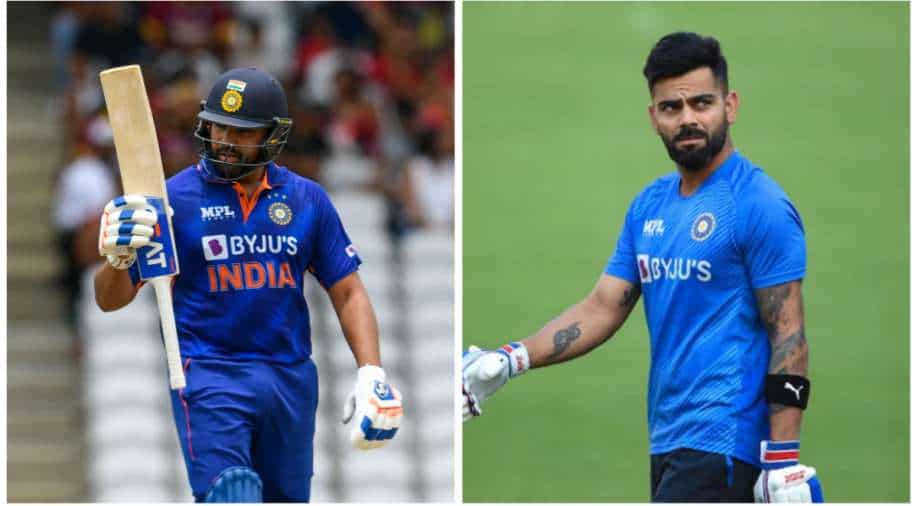 Rohit Sharma-led India returned to winning ways in the third T20I, of the five-match series, versus West Indies in the Caribbean island on Tuesday (August 02). After losing the second match by five wickets, India were asked to chase 165 after opting to bowl first at the Warner Park, Basseterre, St Kitts.

In reply, Men in Blue rode on opener Suryakumar Yadav’s 44-ball 76 and Rishabh Pant’s unbeaten 26-ball 33 to chase down the score in 19 overs with seven wickets to spare. Captain Rohit couldn’t do much as he retired hurt for 11 due to back spasm. Despite his short stay in the middle, the 35-year-old surpassed his predecessor Virat Kohli to attain an elite feat as the Indian captain.

Hitman now has most number of sixes as Indian captain in the shortest format. He was tied with Kohli at 59 sixes before taking his tally to 60 prior to his injury forcing him out of the field. Rohit has 60 sixes in 34 innings as captain, with Kohli (59) and MS Dhoni (34) following suit.

Rohit also opined on his injury after the conclusion of the match. “It’s okay at the moment. We’ve got a few days till the next game, hopefully it should be okay (his injury).”

The Indian captain lauded his team for bouncing back swiftly to take a 2-1 lead in the five T20Is. In this regard, he stated, “How we bowled in the middle overs was crucial. I thought we used the conditions well. Used the variations well. Was very clinical how we chased. When you watched from the outside, didn’t feel a lot of risk was taken, was a lot of calmness in the middle. Surya batted brilliantly, good partnership there with Iyer. The pitch had something in it for the bowlers, not an easy target. Was important to pick the right shots, right balls on a ground like that.”

The fourth and penultimate match will be held in Florida on August 06 (Saturday).