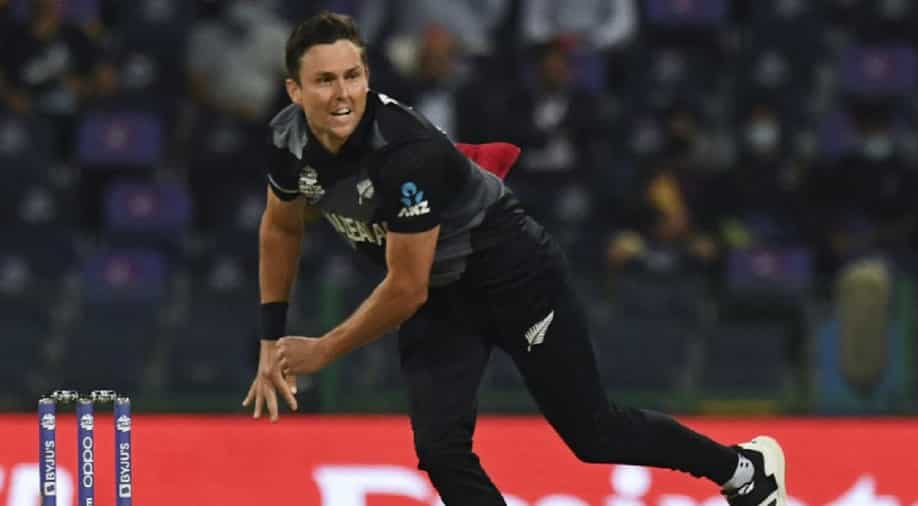 New Zealand pacer Trent Boult’s decision to snub New Zealand Cricket (NZC)’s central contract has left many surprised. Boult was released from the central contract list by NZC on Wednesday (August 10) at his own request as the fast bowler has decided to spend more time with his family. Boult’s participation in international cricket will now be limited as he is not a centrally-contracted player anymore.

While his decision has sparked rumours of early retirement, Boult will not regularly feature across all three formats for New Zealand. His participation will be reduced to a significant extent as the board will prefer players with central contracts over the left-arm pacer.

The release from the central contract has also put Boult’s participation in the upcoming T20 World Cup 2022 in doubt. The left-arm fast bowler has been one of the vital cogs in the New Zealand pace attack over the years and played an instrumental role in helping his team reach the final of the T20 World Cup 2021 last year.

David White, the CEO of New Zealand Cricket is however, hopeful Boult will be part of the Kiwi squad for the showpiece event in Australia later this year. White said Boult is more likely to feature only in global tournaments now and might not take part in bilateral cricket.

“I’d imagine that he will be selected for the T20 World Cup in Australia because he’s been a big part of our plans and preparation for that. He knows he will be playing a significantly less amount of international cricket,” White was quoted as saying by stuff.co.nz.

“We’ve said to him that, in the future, priority for selection will be given to centrally contracted Black Caps and domestic players. Although, we will, on a case-by-case basis, consider him.

“I think it’s fair to say there’s more likelihood of him participating in global events than bilateral cricket. He’s just found it very demanding with a young family and wife he wants to spend more time with,” he added.

33-year-old Boult has so far played 78 Tests, 93 ODIs and 44 T20Is for New Zealand in his international career with a total of 548 wickets in all three formats combined. Explaining the reason behind his decision, Boult said he wants to put his young family first and prepare for life after cricket.

“Ultimately this decision is about my wife Gert and our three young boys. Family has always been the biggest motivator for me and I feel comfortable with putting it first and preparing ourselves for life after cricket,” said the Kiwi pacer.