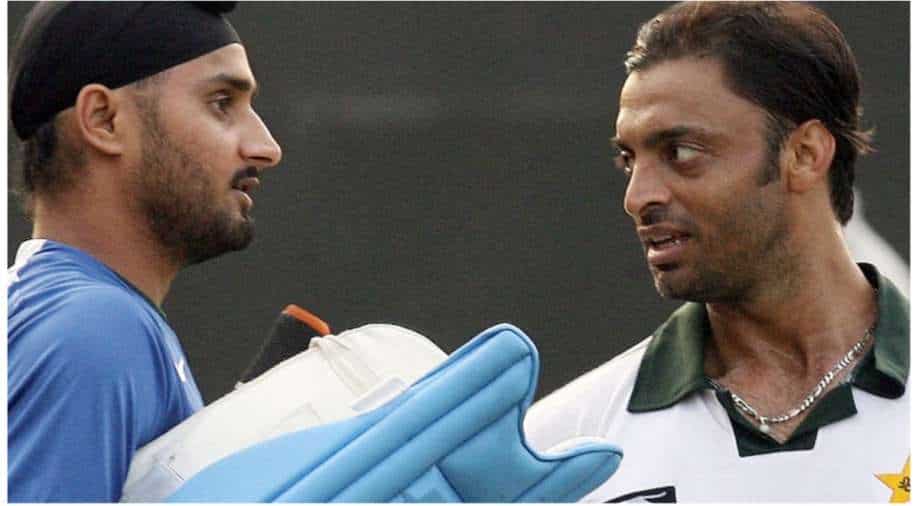 India and Pakistan are set to lock horns in the Asia Cup 2022 edition’s group stage clash on August 28, in Dubai. Hence, all eyes are on how both Asian sides start their respective campaigns in the showpiece event, which will be held in the shortest format as a dress rehearsal for this year’s T20 World Cup in Australia.

Ahead of the mega clash, former off-spinner Harbhajan Singh recalled the Indo-Pak 2011 ODI World Cup semi-final match, held in Mohali. Before the marquee fixture, Bhajji received a unique request from Shoaib Akhtar, who was part of the then Shahid Afridi-led Men in Green campaign.

Bhajji narrated the whole episode on Star Sports and said, “When Akhtar met me, he said: ‘There’s a lot of pressure but not about the match. It’s about getting tickets’. He told me that his family was coming from Pakistan and I agreed to arrange a couple of tickets for him. Thereafter, he asked me if I can get him tickets for the next match (final) as well. I asked him ‘you’re going to Mumbai?’ to which he responded ‘yes, that’s where the final is’.”

“I laughed and avoided his request but wondered ‘why is he so confident?’. But I saw the next day that he (Shoaib) wasn’t even playing the semi-final. I arranged a ticket but it wasn’t for the final. I booked one for Lahore,” Bhajji revealed.

Talking about the India-Pakistan CWC’11 semi-final, MS Dhoni-led India opted to bat first and rode on Virender Sehwag’s 38, Suresh Raina’s 36 not out and Sachin Tendulkar’s 85 to post 260-9 in 50 overs. In reply, the Akhtar-less Pakistan were bundled out for 231 in 49.5 overs to lose by 29 runs.

In the final, India beat Sri Lanka by six wickets — chasing a challenging 275 at the Wankhede Stadium, Mumbai — to become the first-ever host country to win the ODI World Cup.