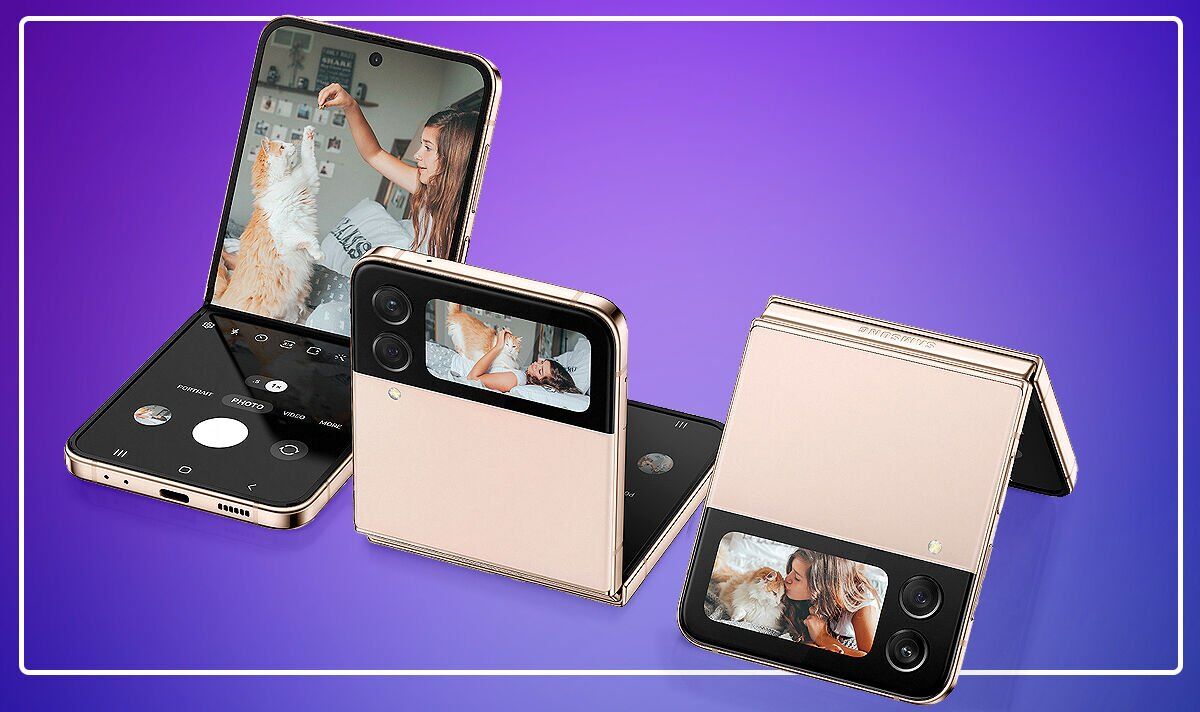 The Galaxy Z Flip 4, the latest foldable phone from Samsung, was unveiled during the company’s glitzy Galaxy Unpacked event on August 10 alongside new Buds Pro wireless earbuds, and the fourth-generation Galaxy Fold (this is where you’ll find our round-up of the best Samsung Galaxy Z Fold 4 deals).

For those who missed the event, the Galaxy Z Flip 4 boasts improved cameras, faster charging, longer battery life, and a speedy new chipset under the bonnet. But the biggest improvements arrive in the form of software tweaks, with the ability to reply to text messages, unlock your car doors, and shoot Portrait Mode photos using the small Cover Screen – so you don’t always need to flip open the phone. The Cover Screen can also be customised with new backgrounds, custom clock designs and GIFs.

First up, Samsung has seriously bolstered its trade-in offering. For a limited time, the South Korean firm will pay up to £250 when you handover an old handset when you buy the latest in the Galaxy Z Flip series. Incredibly, the phone doesn’t have to be in working order for Samsung to cough-up some cash!

When you pre-order the Galaxy Z Flip 4, you’ll qualify for a one-year subscription to Disney+ worth £79.90, so you’ll have plenty to watch on that 6.7-inch AMOLED display. There’s also a complementary subscription to Samsung Care+, which offers free replacements for any accidental drops or problems with the handset. That demonstrates just how confident Samsung is about its new foldable design. When bought separately, Samsung Care+ costs £99 per year.

If you’d rather buy your new Galaxy Z Flip 4 on a pay monthly contract, the biggest UK mobile carriers have announced their pre-order deals for the new foldable. And there are some stellar packages available.

It’s worth noting that regardless of whether you buy the Galaxy Z Flip 4 direct from Samsung or with a pay monthly contract from EE, Three, O2, Vodafone, Sky Mobile, or others …you’ll still be able to claim the 12-months free subscription to Disney+.

Likewise, if you buy a new Galaxy Z Flip 4 and activate the new handset before September 30, you’ll be able to claim 12 months of Samsung Care+ for free too. This will cover you against any accidental drops or damage to the handset (thankfully, with its IPX8 rating – you won’t need to panic if you drop the Galaxy Z Flip 4 into a pool or spill a G&T over it in the beer garden this summer).