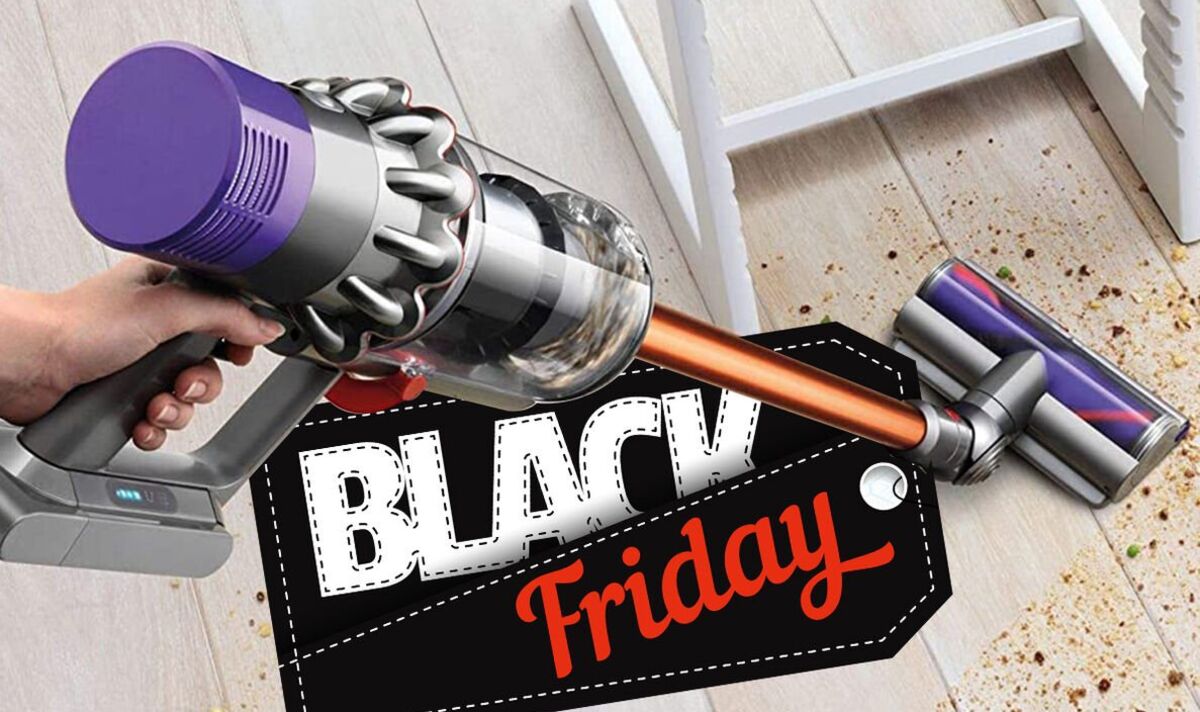 If you’ve been thinking about upgrading your vacuum cleaner then now is a good time to go online shopping. The big Black Friday sales officially start later this month but ahead of this bargains bonanza some products are receiving early discounts. Dyson has already announced that some of its popular dust busters are being discounted by £100 with the Dyson V10 Extra and Dyson V10 Absolute both getting money off.

These are good deals as these vacuums feature 60 minutes of battery time plus there’s clever de-tangling technology which makes sure things don’t get clogged up as you clean.

Dyson also boasts that both the V10 and V10 Absolute have been engineered to deep clean anywhere in the home thanks to their lightweight cordless design.

These are clearly very good savings but before you take the plunge it’s worth checking out what Amazon has to offer.

The online retailer has just slashed the price of the popular Shark Anti Hair Wrap Cordless Stick Vacuum which is now reduced to just £199 – that’s a whopping 43 percent off.

This machine also features anti hair wrap technology although the battery life isn’t quite as good as the Dyson with things only lasts for around 40 minutes before needing a refill. If you want something with a bit more power then Amazon also has the Shark Cordless Stick Vacuum Cleaner on sale with this machine now just £249 – saving over 30 percent.

This cleaner will keep on going for around 60 minutes which matches the Dyson machines.

Want to know more about all the best upcoming deals? Check out our guide to the best Black Friday deals with early discounts, expert tips on how to spot a bargain and avoid scams.

Some stores including Argos, Currys and Virgin Media have also already started their Black Friday discounts and you can find full details about their offers below.

What is Black Friday

Black Friday was started in the United States as a way for retailers to drum-up extra sales ahead of the holidays. The one-day sales event would see millions of people queue up outside high street shops to secure the best Black Friday deals, dubbed “doorbusters”. Held on the first Friday after the Thanksgiving celebrations, Black Friday is no longer confined to the shores of the United States – it has become a global phenomenon.

Black Friday falls on a different day each year, since it always falls on the first Friday after the Thanksgiving celebrations have taken place in the United States.

With Black Friday scheduled for Friday November 25, you can expect Cyber Monday sales to start on November 28, 2022.