Skip to content
HomeTechnologySky Q review: Still the best way to watch Sky TV, but a better deal than ever before 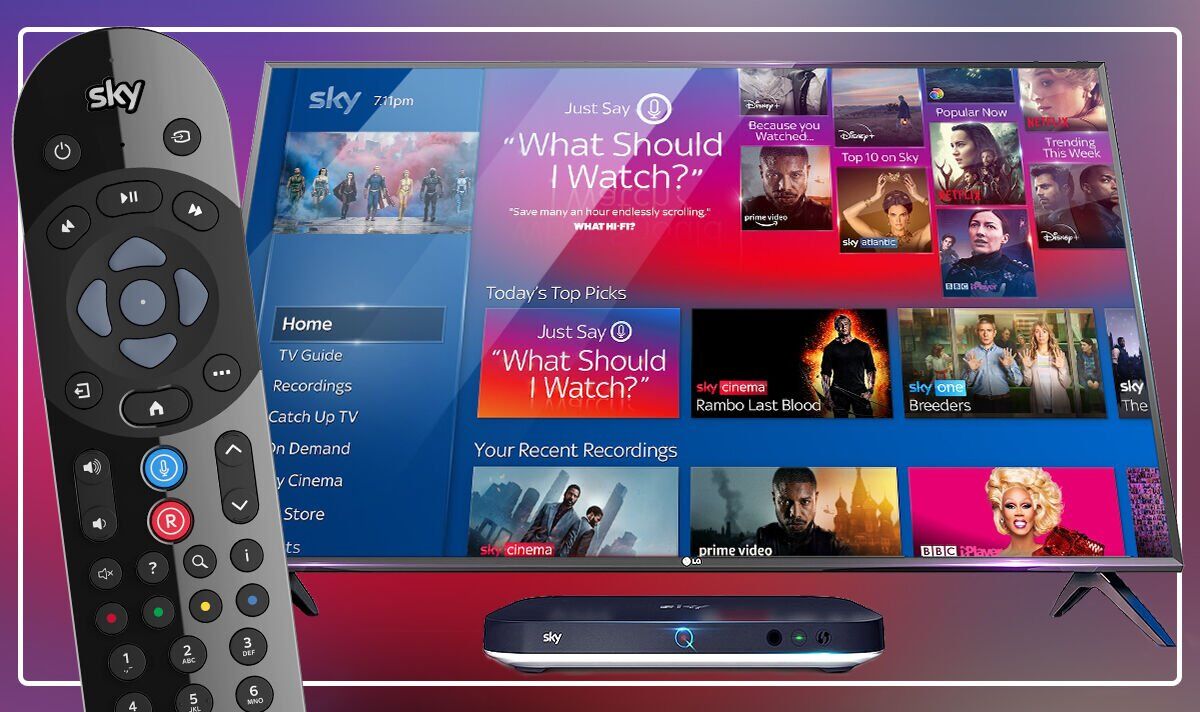 When Sky Q launched in early 2016, it was missing a number of core features. For example, while the R&D teams had included a microphone on the remote, the software that enabled voice search wouldn’t be ready for another year after launch. Sky Q also shipped without a Netflix app and no word on whether it would ever be supported on the box. It eventually arrived in November 2018, unlocking hundreds more boxsets and movies.

There are dozens more examples of nitpicks that Sky has carefully ironed out with a regular stream of software updates for Sky Q. And it hasn’t stopped there, the satellite company has added a number of new features that were never even mentioned during the glitzy launch event in late 2015. For example, Sky has increased the number of recordings possible at the same time – allowing viewers to record up to six shows while still watching a seventh channel live. In other words, the Sky Q experience available today is very different.

It’s more open, endlessly fine-honed and streamlined, and as a result, infinitely better. If you tried Sky Q during the first year and weren’t impressed, it’s well worth a second look. And that’s despite the arrival of the flashy new custom-designed QLED TV from the satellite company, which you can read about in our Sky Glass review.

Prime Video, Apple TV+, and Disney+ arrive preinstalled on the updated box – with viewers able to search across the catalogues with a voice command, so you’ll never accidentally rent a title from the Sky Store that’s included as part of your monthly Disney+ subscription. You can also bundle your streaming subscriptions into your Sky TV bill to make budgeting easier.

This is one of the greatest strengths of Sky Q – it’s humble enough to know that not everything you want to watch is commissioned or broadcast by Sky. Instead, it’s designed to make finding exclusive shows, documentaries and films from Netflix as simple as possible. Likewise for Disney+, Apple TV+ and Prime Video.

And it’s not only about hunting out new series with the clever voice search or typing with the keypad, Sky Q also proactively recommends boxsets, documentaries, live broadcasts and blockbusters that it thinks will suit your tastes too. The satellite set-top box keeps tabs on your viewing habits and suggests new shows throughout the day. Unfortunately, there’s no support for individual profiles – unlike the rival box from Virgin Media – so the recommendations will be influenced by everything watched on the box, from horror films in the small hours to Paw Patrol binges on a Saturday morning.

Sky Q refreshes its AI-powered suggestions multiple times a day, so younger viewers are unlikely to be recommended the latest instalment in the Scream franchise before school. However, the ability to set profiles for each household member – like those available on streaming platforms like Netflix and Disney+ would be a welcome upgrade. Not least because it would allow viewers to bring their recommendations with them as they move between Sky Q, the diddy Sky Q mini boxes needed for multi-room viewing, and the Sky Go app.

Whatever you decide to watch on Sky Q, you can be confident that it will look and sound phenomenal. The nifty satellite box supports 4K Ultra HD picture quality as well as Dolby Digital and Dolby Atmos sound. These formats are available in streaming apps like Disney+, live sports coverage, the latest movies, as well as on-demand boxsets from HBO and Sky Originals.

If you’re kitted out with a 4K TV and solid soundbar, Sky Q will enhance your next boxset binge, sports fixture, or movie night with friends and family.

And of course, Sky Q still packs all of the features that made its predecessor, Sky+ HD, such a runaway hit. With Sky Q, you’ll be able to pause and rewind live television (and in some cases, restart a show or movie if you’ve joined partway through), as well as set recordings for the entire series with a single tap.

The redesigned Sky Q voice remote is an intuitive evolution that will feel familiar for longtime Sky+ HD viewers. But this isn’t simply a repeat, Sky has included some nifty new functionality like the ability to make a chime so a misplaced remote can be found down the back of the sofa in seconds. It would be nice to see the AA batteries replaced with a recharged lithium-ion cell, but that’s not something you’ll find on the newer Sky Glass either.

Despite the arrival of Sky Glass, there are a number of reasons to pick Sky Q over its newer cousin. First off, Sky Q records shows, sports fixtures and movies onto a physical hard drive, which will be there until you decide to delete them. In contrast, Sky Glass is entirely reliant on catch-up services. Sky Q works with any television, whereas Sky Glass is an all-in-one solution designed to replace your existing telly. And finally, Sky Q relies on a satellite dish on the outside of your house, so you won’t need the same Wi-Fi speeds required to stream all terrestrial channels, boxsets and sports with Glass.

Sky Q showed huge promise during early 2016, but in the six years since its release, Sky has systematically addressed every nitpick, added new functionality, and redesigned menus to streamline the experience. The result is one of the most finely honed experiences on the market and a true one-stop-shop for everything you want to watch. Whether you’re looking for award-winning boxsets, nail-biting sports fixtures, or Hollywood blockbusters… you’ll struggle to find a better way to tune in than Sky Q.