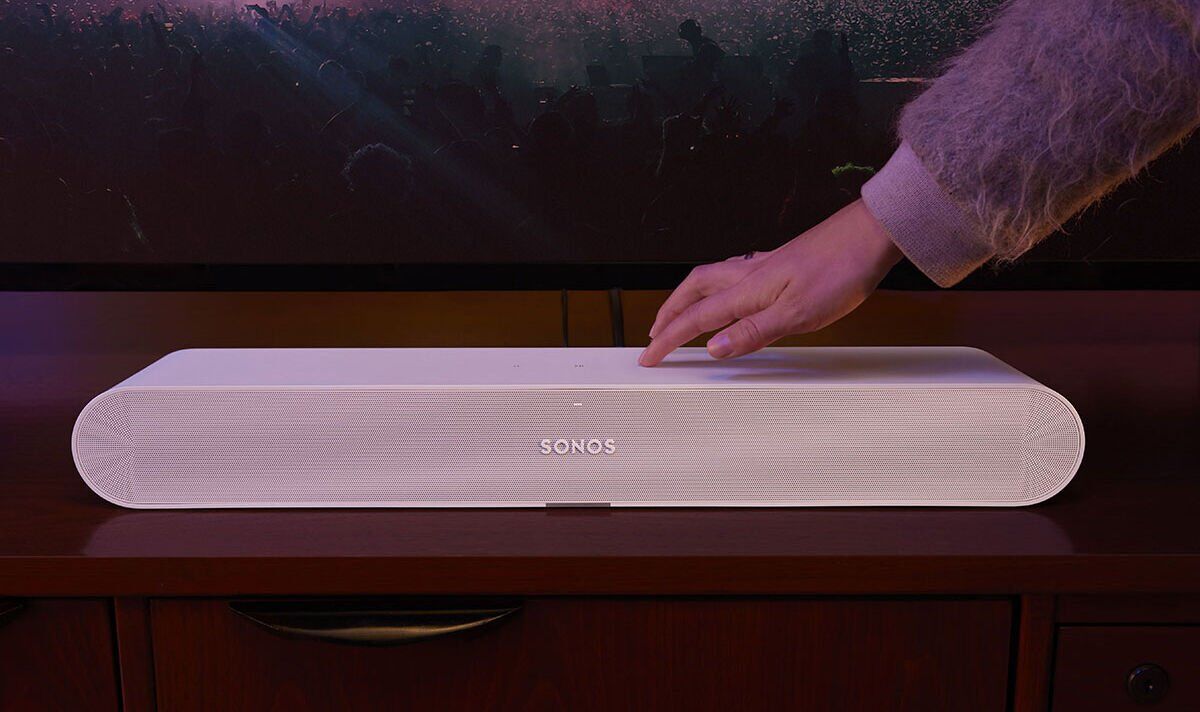 Sonos has just added more speakers to its already expansive range, and there’s some very good news for anyone who wants impressive audio at a cheaper price. The biggest new announcement from the US audio brand is the launch of the long-rumoured Sonos Ray soundbar, which aims to boost the audio coming from your TV without it breaking the bank. Pre-orders are available now, although the Sonos Ray won’t arrive in stores next month. It costs just £279, which is considerably cheaper than the £449 Sonos Beam or premium Sonos Arc, which will set you back a whopping £899. That said, the best Sonos speaker deals can see both of these soundbars drop to much cheaper prices.

Despite the lower price tag, Sonos promises some pretty impressive sound from its new Ray soundbar. The speaker features a new bass reflex system, which Sonos says will ensure a more “rich experience” and custom acoustics to help things sound crystal clear. Sonos has also included its clever Speech Enhancement technology, which means you should hear what’s being said on screen with greater clarity.

There’s also a Night Sound mode which reduces the intensity of loud effects, so you don’t disturb anyone else at home when watching an action-packed Hollywood blockbuster late at night. Speech Enhancement and Night Sound are both included with the Sonos Beam and Sonos Arc soundbars too.

Anyone not wanting a massive speaker in their living rooms will also be pleased to hear that the Ray has been designed to fit neatly into any space thanks to a compact design.

Finally, this new soundbar is compatible with all the biggest music streaming services, radio stations and podcast apps via the Sonos app. iPhone, iPad and Mac owners can also beam music wirelessly via Apple’s AirPlay 2 technology too.

“Homes have become movie theatres, fitness studios, gaming hubs and so much more, all supported by a streaming era that is no longer exclusive to just TV, music and film,” said Patrick Spence, CEO of Sonos. “Ray makes it easier than ever to enhance those listening experiences, thanks to its smaller size and impressive sound.”

Sonos Ray wasn’t the only announcement from the smart audio brand.

Along with that smaller soundbar, the audio firm is also adding more colours to its Roam range of portable speakers. This update means customers can now buy this device in Olive, Wave and Sunset – that’s green, red and blue if you were wondering. The new Roam shades will be available from this week and cost £179.

As a quick reminder, the Roam links seamlessly with your other Sonos speakers when at home but can then be taken on the road thanks to its ultra-small design, Bluetooth technology and internal battery.