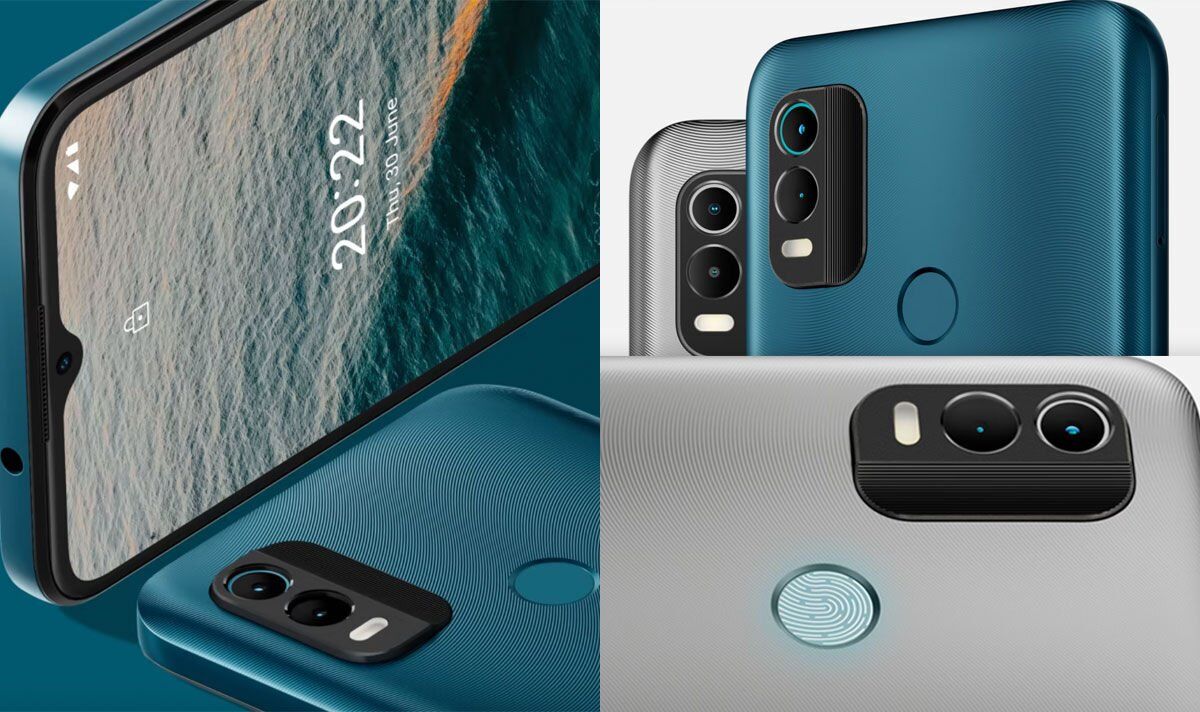 Nokia was the go-to phone brand for many in the 90s and now it wants to dominate the budget smartphone market. A prime example of Nokia’s new DNA is the C21 Plus. This Android-powered device boasts a ludicrously low £109 price tag making it ideal for those who fancy an upgrade without it breaking the bank.

Given the cost of living crisis that is gripping the country this year, saving money has never been more important – but smartphones are such an integral part of our lives that you don’t want to fork out on something that ends up being sluggish and slow to use.

So does the Nokia C21 Plus perform well, despite its bargain basement price tag? Having gone hands-on with the handset Express.co.uk have been left pleasantly surprised.

The first thing that you’ll notice about the Nokia C21 Plus when you take it out of the box and turn it on is that it’s a smart-looking phone.

The C21 Plus comes with a generous 6.517inch screen which, despite not boasting an OLED panel due to its price, still looks vibrant and colourful.

The size of the screen also gives you plenty of real estate for watching movies and boxsets comfortably on the go or at home.

Apps such as Netflix and YouTube already come pre-loaded on the Nokia C21 Plus so you can immediately get going catching up on your favourite shows and gives you one less thing to do when setting up your device for the first time.

Another thing that makes viewing video content – as well as using the handset in general – comfortable is the size of the C21 Plus.

It’s a thin phone which makes it incredibly comfortable to hold, with the handset measuring in at just 75.9mm wide.

To help boost a night of entertainment there’s full Bluetooth connectivity plus the trusty 3.5mm headphone jack. That means there are a number of ways you can connect your favourite cans, whether they are wired or wireless.

The Nokia C21 Plus is powered by a Octa Core 1.6GHz processor and also comes with 2GB of RAM and 32GB of internal storage plus up to 256GB that you can add via a microSD card.

This power is OK for emailing and surfing the web but that measly 2GB of RAM does mean the C21 Plus only gets Android Go instead of the full-fat Android 12 experience.

Because of these specs, you won’t be able to run all of the apps you’d like to on the Nokia phone, including games like Genshin Impact or Fortnite.

The C21 Plus is perfectly capable of having multiple apps running in the background and you can move between them with ease, and apps in general boot up quickly.

We have noticed some lag on occasions when scrolling through apps and some games – such as PUBG Mobile – can take a while to load up.

There are plenty of positives to the Nokia C21 Plus, and it also comes with features you may not expect on a phone at this price such as face authentication in addition to a fingerprint sensor on the rear for unlocking your device.

However, there are some drawbacks – which is understandable given how competitively priced this Android Go phone is.

One of the biggest issues we noticed is the Nokia C21 Plus can be sluggish to update apps, even when connected to a high-speed Wi-Fi connection.

Elsewhere, the camera won’t win any awards, with the dual sensor rear camera (powered by a 13MP main sensor and a 2MP depth sensor) taking snaps that can lack detail and clarity, but you can get a decent enough selfie via the 5MP front camera.

Nokia also says the C21 Plus should be able to last you two to three days on a single charge. In our real-world tests, we found if you game and stream videos a lot you’ll likely need to charge your phone each day.

If you think this is all something you can live with – and won’t miss playing popular games like Fortnite or Genshin Impact on the go – then the C21 Plus is a great option.

For those that just use their smartphone for surfing the net, social media and watching Netflix the C21 Plus is a good choice if you fancy an upgrade without breaking the bank.

It feels good in the hand, has a nice screen and even offers features such as a headphone port and facial recognition.

Sadly, the fact it runs Android Go is a major downside and don’t expect to win any awards for its photography.

For our part, if you’re able to push the budget out we’d go for the Samsung Galaxy A03 – it’s £139 and comes with 4GB of RAM and the full-fat Android 11 experience, which will open your device up to even more apps and better overall performance.

• The Nokia C21 Plus is available to purchase from the official Nokia website. It’s priced at £109 but right now a deal is running which drops the price to £99. Click here to buy.