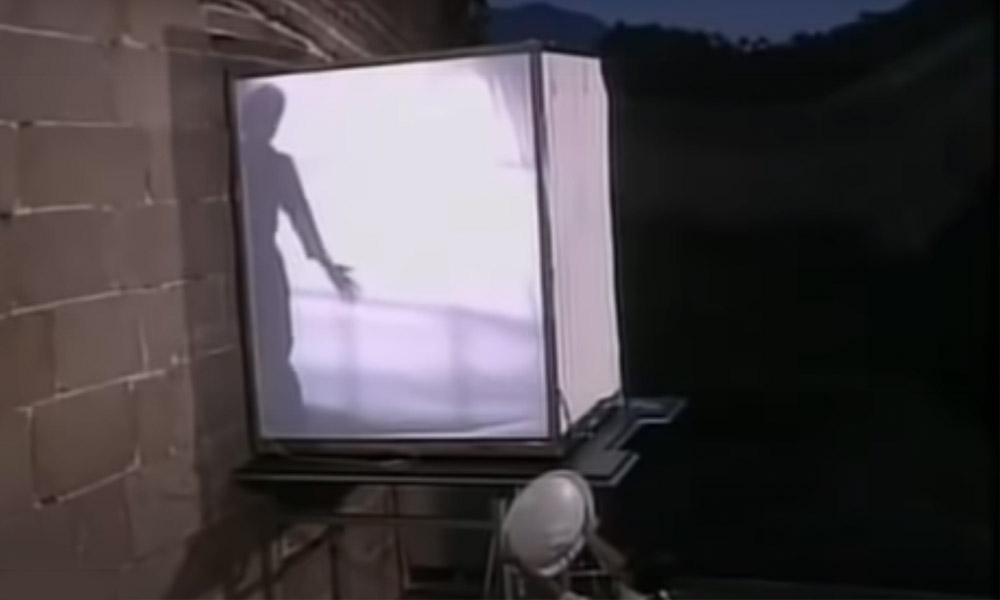 In 1986, the famous American magician David Copperfield came to China to perform a penetration trick across the Great Wall, entering from one side of the Badaling section of the Great Wall in full view, and exiting from the other side after about a minute and a half. For more than 30 years, countless people have tried to crack Copperfield’s magic, but until today, no one has succeeded.

Copperfield was hidden in a ladder and pushed away by his assistant, and quietly moved to the other side of the Great Wall. After the white cloth was hung up, he quickly climbed out of the ladder, found the angle that the light was coming through, and pretended to slowly come out of the wall. In this way, people thought that he had successfully walked through the Great Wall.

Contradictions in the Explanation

The explanation above seems to be logical, and it is accepted by many people. Nowadays there are even magicians on stage trying to imitate Copperfield’s performance. However, the key props – the ladder, as you can see from the video, were very thin and narrow, and there was really no way to hide a person in the ladder.

And even if Copperfield could hide in a ladder, how would he transport the ladder to the wall? Some people say that it was lifted by a crane. At that time, there were hundreds of thousands of Chinese people watching all around the Great Wall. It was impossible to use the crane as everyone was watching.

Is it possible that the audience members were are all extras, and the whole performance was pieced together with video clips from each side of the Great Wall? Unlikely. As there were so many onlookers, it was hard to keep everyone’s mouth shut if Copperfield had cheated with the ladder props, and there will always be someone who will tell the truth.

Secondly, a video of the performance was later included in the American CBS television series The Magic of David Copperfield. The host, Ben Vereen, looked at the camera with a serious face and said that the shooting did not use any photography skills – no camera tricks. In fact, the entire performance was shot with only one camera from beginning to end, without any trace of editing.

Either way, in the world of magic, Copperfield’s performance across the Great Wall remains an unsolved mystery so far. After him, no magician dared to try again. However, the 1980s was a period of qigong fever in China. Some qigong masters say that this was actually a supernatural performance and that Copperfield really walked through the Great Wall, but he was afraid of scaring everyone, so he covered it with a white cloth when he went in and out and performed in the name of magic.

Inspiration from a Tibetan Monk

So how does Copperfield himself explain it? He said his performance was inspired by a Tibetan monk. When the monk was found, his body was embedded in a wall, almost melted into it. Experts believe that the monk found a way to pass through the wall in a certain way of meditation, but unfortunately the spell failed halfway through that time, and he stayed in the wall forever.

Then Copperfield said, it’s actually not difficult to get through the wall. To use a simple analogy, it is impossible for a piece of ice to pass through a piece of cardboard. But heat the ice and turn it into water, and the water can seep into the cardboard and come out through the other side. By freezing the water, ice can form again.

After going back and forth, doesn’t this ice pass through the cardboard? This theory sounds simple, but how he turned himself into “water” and passed through the wall, and then condensed into a human form while still coming out unscathed – is the secret of magicians.