Skip to content
HomeWorldA perpetual war for an impossible peace 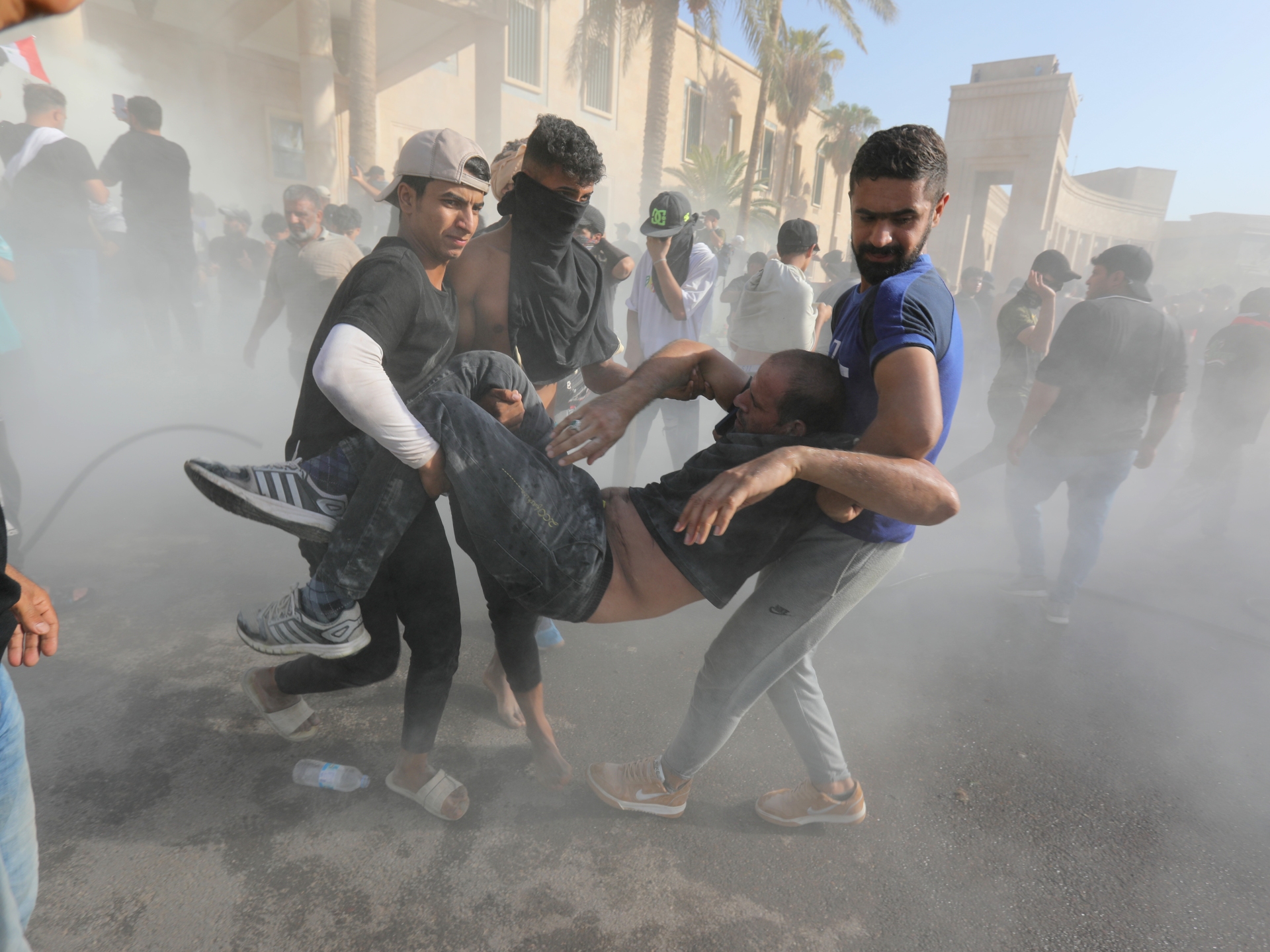 The scenes of violence and chaos at the heart of Iraq’s capital Baghdad earlier this week were terribly disturbing but hardly surprising. Tensions have been building throughout this bruised nation over the past year; a formidable nation that has been deformed by war and violence over the past two decades and more, with no end in sight.

The immediate crisis began after the October legislative elections. Some of the Iran-backed parties blamed their losses on a “fraudulent election” engineered by “America and its clients”. They tried to paralyse the government and parliament until their demands were met, but when the prime minister ordered security forces to break their siege of the Green Zone that hosts the government buildings, he was targeted by a drone attack in a failed assassination attempt. It backfired.

The decision of the country’s Supreme Court to certify the elections allowed their rival, the populist cleric Muqtada al-Sadr, whose party won the most seats, to build a broad coalition along with predominantly Sunni and Kurdish parties in order to form a majority government. However, the constitution stipulates that the parliament must first elect the president, which requires two-thirds of members to be present, allowing the Iran-backed Coordination Framework to block government formation simply by absenting itself from parliamentary sessions.

After a months-long impasse, the impulsive and angry al-Sadr ordered all of his 73 members to quit in protest and called for the dissolution of parliament and the holding of new elections. However, when the Iran-backed Shia coalition led by former Prime Minister Nouri al-Maliki tried to name a new prime minister last month, al-Sadr’s supporters stormed parliament, leading to more violent confrontations. The security forces intervened and al-Sadr doubled down on his earlier announcement of quitting politics, putting the country on the path to the unknown.

It may well get worse. In a leaked audio recording that sparked outrage in Iraq, al-Maliki, the leader of the Iran-backed Coordination Framework, warned that the country will descend into “devastating war” if the political project of Muqtada al-Sadr and his potential Kurdish and Sunni coalition partners is not defeated. Al-Maliki is supported by various militias that have reportedly been involved in acts of violence and political assassinations.

Those Iran-backed militias, known as Hashd al-Shaabi – “The Popular Mobilisation Forces” – were armed and financed by both Iraq and Iran to fight the so-called Islamic State (ISIL/ISIS). ISIL was destroyed after three years of fighting, but the war has left its ugly marks on Iraq, further bruising its society and devastating its attempts at recovery.

ISIL itself had come out of a decade of war and sectarian violence following the US invasion and occupation in 2003, which left the country in utter shambles. The American failure has also enhanced the influence of Iran, its nemesis in Iraq. As the US rushed to exit the country after more than a decade of blunder, Iran doubled down, expanding its influence at the expense of Iraq’s stability and prosperity.

The last two decades of imperial, sectarian and civil wars were preceded by two other decades of regional war and violence. It started with the horrific Iraq-Iran war in the 1980s, the Iraqi invasion of Kuwait and the US-led war to liberate it, followed by crippling sanctions throughout the 1990s. This has systematically drained the country’s manpower and resources, ruined its economy, torn apart its society and sapped the spirit of its people.

It is tiring to merely list these long episodes of war and violence, so you can imagine how incredibly exhausting and dispiriting it must have been for generations of Iraqis to live and die through it.

It is as if Iraq and the rest of this ill-fated region are doomed to live in perpetual violence after a century of Western colonial, imperial and proxy wars. The region has not enjoyed a single year, a single day without conflict and violence ever since.

At the heart of the Iraq and Middle East tragedy is a simple but serious misunderstanding about war in the West and the East alike. It is certainly easier to start a war than to end it, as the saying goes, but a conflict does not actually end when the fighting stops and smug leaders reach new accommodation. The tragedy and the mindset of war live on in the broken and impoverished society left behind.

Fear and violence continue to occupy and harden peoples’ hearts and minds, bruising their spirits, deforming their values and skewing their loyalties. In Iraq and much of the Middle East, this has meant people – especially the young – finding shelter in their clan, tribe, sect or faith; joining the local militia, gang or shady racket; basically, doing anything to overcome that dreadful feeling of constant fear and insecurity.

Soon enough, new and more violent faultlines are drawn, as societies flounder, and armed militias form political parties, paving the way to more vengeful conflict and violence. It is a perpetual war for an impossible peace, let alone a peace of mind.

These are the true “birth pangs of a new Middle East“, which US Secretary of State Condoleezza Rice celebrated in 2006. That was after the US global War on Terror and its invasion and occupation of Afghanistan and Iraq began to spill over to other parts of the Middle East, starting with Israel’s aggression first against Palestine and later against Lebanon. Gory and gruesome.

Indeed, Iraq and much of the region – including Syria, Yemen, Libya, Lebanon, Palestine, Afghanistan, Iran and Sudan – continue to suffer from a variety of wars driven and shaped mostly by violent Western cynicism and rogue Middle Eastern authoritarianism.

It is heart-wrenching to see Iraqis turn against each other again and again, as if politics is war by other means. It is not. If anything, politics is and must be the antidote for war and violence in the region and beyond.