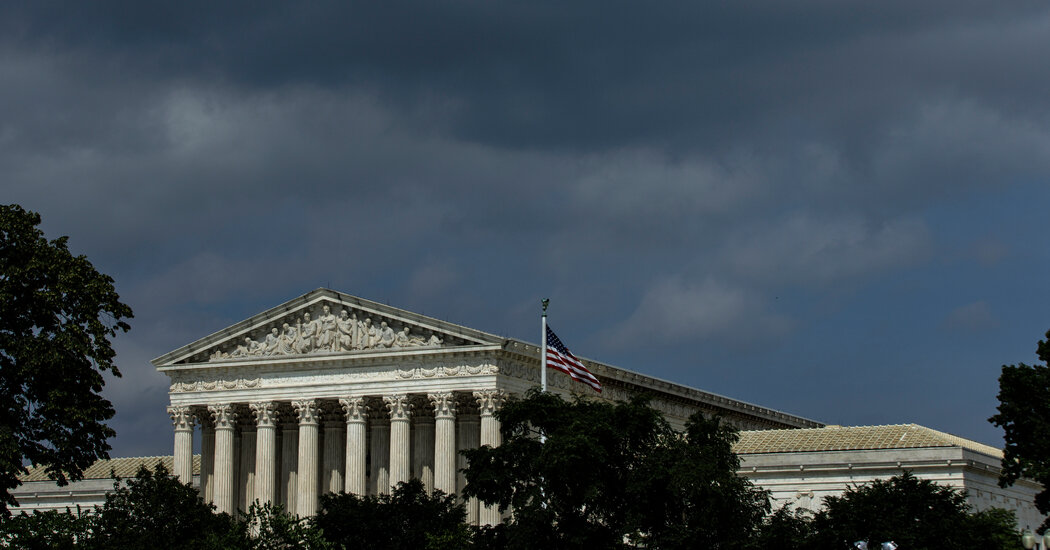 Yesterday’s ruling striking down a Maine law that blocked taxpayer dollars from funding religious school tuition furthered a transformation decades in the making. Since John Roberts became chief justice in 2005, the court has ruled in favor of religious organizations in orally argued cases 83 percent of the time. That is far more than any court in the past seven decades — all of which were led by chief justices who, like Roberts, were appointed by Republican presidents.

Yesterday’s ruling pushed the win rate for religious groups even higher, to 85 percent, said Lee Epstein, a law professor and political scientist at Washington University in St. Louis who uncovered the trend for a forthcoming Supreme Court Review study she co-wrote with Eric Posner, a University of Chicago law professor.

Today’s newsletter explains how the court has come to prioritize religious liberty and what the Maine ruling suggests about the court’s future.

How we got here

How did the court end up with such a robust pro-religion majority? It’s a story of selection and succession.

Over the past few decades, the rise of the religious right has made religious freedom a political priority for Republicans. That shift has corresponded with nominations by Republican presidents of justices who favor religious groups even more frequently than previous conservative justices.

Republican-appointed justices also have a better track record of timing their retirements to ensure that a Republican president will name their successor, as David Leonhardt has written in this newsletter. The Roberts court includes justices who are more apt than their Republican-appointed predecessors to favor religious groups, according to Epstein and Posner: Samuel Alito and Brett Kavanaugh — who benefited from well-timed departures — as well as Neil Gorsuch and Roberts himself.

Another pattern has contributed: Republican presidents choosing successors to justices appointed by Democrats. Clarence Thomas, one of the court’s staunchest advocates of religious liberty, replaced a liberal icon in Thurgood Marshall, as did Amy Coney Barrett, who took over Ruth Bader Ginsburg’s seat in 2020. If Barrett shares her conservative colleagues’ outlook on religious freedom — and yesterday’s ruling is the latest evidence that she does — it will further cement the Roberts court’s pro-religion turn.

“The Roberts court was pretty pro-religion even before the Trump administration,” Epstein told me. “The trend will continue, if not accelerate.”

The case, Carson v. Makin, concerned a Maine program that let rural residents who lived far from a public school attend a private school using taxpayer dollars, so long as that school was “nonsectarian.” Families who wanted to send their children to Christian schools challenged the program, arguing that excluding religious schools violated their right to exercise their faith.

The court sided with them, saying the Maine program amounted to unconstitutional “discrimination against religion.” Roberts wrote for the majority, which included every Republican-appointed justice.

The court’s three Democratic appointees dissented. “This Court continues to dismantle the wall of separation between church and state that the Framers fought to build,” Justice Sonia Sotomayor wrote.

Broadly, these rulings have allowed for a much larger role for religion in public life, my colleague Adam Liptak, who covers the court, wrote yesterday.

The court is considering a second religion case that deals with a former high school football coach who lost his job for praying at the 50-yard line after games. A ruling is likely in the coming days.

“The court led by Chief Justice Roberts has been and will continue to be exceptionally receptive to claims of religious freedom,” Adam says.

Tip: A duckling will imprint soon after hatching — ideally on its mother, but possibly on you.

Bacteria: How bad are the germs in public restrooms?

Advice from Wirecutter: How to block spam calls.

A Times classic: Why soap works.

Lives Lived: Clela Rorex issued a marriage license to a same-sex Colorado couple in 1975, becoming a target for hate mail and a hero in the gay-rights movement. She died at 78.

Return to the stars

When the Times restaurant critic Pete Wells brought back his reviews in fall 2020 after a pandemic pause, he omitted a key element: the star ratings. “The time just wasn’t right for the stars,” Emily Weinstein, The Times’s Food and Cooking editor, told The Morning.

But as New Yorkers return to restaurants with some regularity, the stars are resuming, too.

“As someone who always wants to know where to eat, I started to feel as though a punctuation mark was missing from the end of Pete’s reviews, no matter how beautifully written or brilliantly argued they were,” Emily said. “The stars are a service for our readers.”

The first starred review of the new era is for La Piraña Lechonera, a trailer in the South Bronx that serves Puerto Rican classics. The main attraction is the lechón, a heap of roast pork, dripping with fat and coated in crackling skin. Angel Jimenez runs the whole operation, shuttling between taking orders, frying tostones and whacking a machete onto the cutting board. Jimenez, Wells writes, is “the host of the best picnic in New York.”