Skip to content
HomeWorldA shopping trip for apples, over the last bridge in Lysychansk. 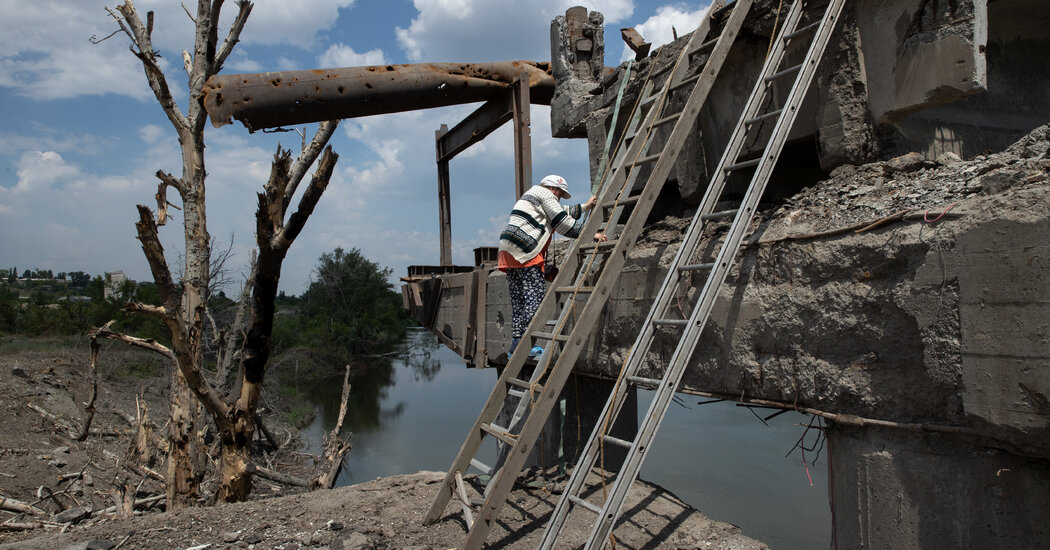 The woman’s mission was simple: she was going shopping, and she would not be deterred. Svitlana Zhyvaga just needed to cross a bridge.

But this was not just any bridge. The residents who lived nearby said it was mined. Ukrainian soldiers warned others that the bridge had been shelled and would likely be shelled again. But last Friday morning Ms. Zhyvaga, 54, woke up just before sunrise, climbed a ladder and walked across what is currently one of the most dangerous river crossings in the world.

“I am actually a thrill-seeker,” Ms. Zhyvaga said.

The bridge, or what’s left of it, spans a roughly 250-foot-wide portion of the Siversky Donets River, which separates the eastern Ukrainian cities of Lysychansk and Sievierodonetsk. It would be completely impassable if not for several ladders connecting a collapsed section to the road above.

In recent days, the three bridges connecting the two cities were destroyed, Ukrainian officials said, including Ms. Zhyvaga’s bridge, leaving the Ukrainian forces all but stranded as they fight to hold their shrinking pocket of territory in Sievierodonetsk from advancing Russian troops.