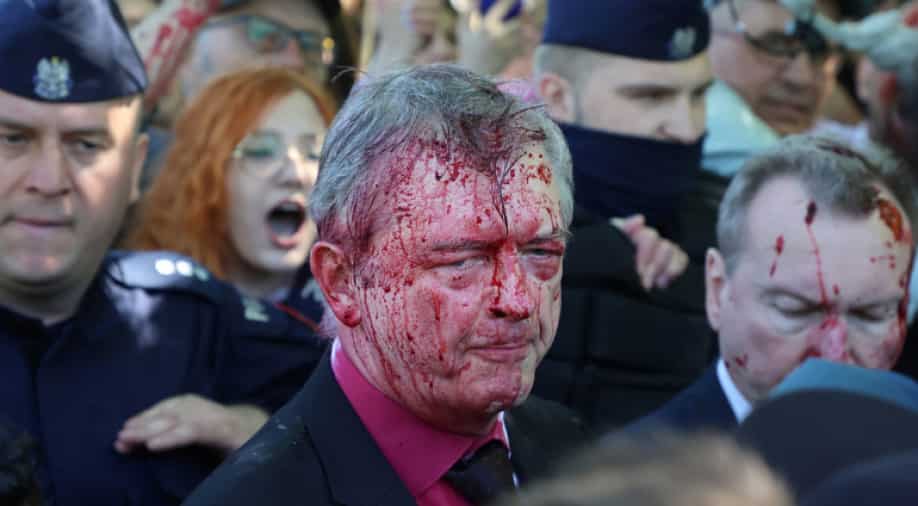 The Russian delegation, which was trying to lay a wreath at the cemetery of Soviet soldiers in Warsaw, was stopped by demonstrators.

Protestors called them ”fascists” and surrounded them with Ukrainian flags as they came to mark the 77th anniversary of the victory over Nazi Germany.

TASS news agency reported that Andreev and his team were not seriously hurt in the incident but he said that he will make a formal protest.

“When they recommended that we not hold a larger event, we met them halfway, we didn’t aggravate the situation,” Andreev told the agency.

After the incident, the Polish foreign ministry described it as “regrettable” and said that “Diplomats enjoy special protection, regardless of the policies pursued by the governments that they represent.”

Also read | Putin does not have a way out of Ukraine war: Biden

In response, the Russian foreign ministry said, “A strong protest was expressed to the Polish authorities for practically conniving with neo-Nazi thugs.”

According to Polish Interior Minister Mariusz Kaminski, “The police made it possible for the ambassador to drive away safely,”

“The emotions of the Ukrainian women, who took part in the demonstration and whose husbands are courageously fighting to defend their homeland, are understandable,” said in a tweet.

Poland, which has hong had a tense relationship with Russia, has imposed tough sanctions against Moscow over its invasion of Ukraine.