Skip to content
HomeWorldArt auction: Token of Francis Bacon and Lucian Freud’s turbulent friendship to be sold for $42 million 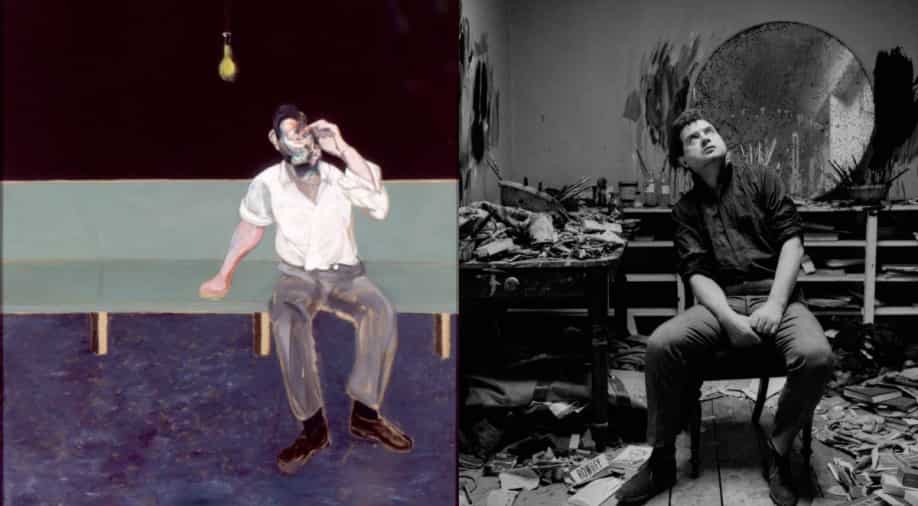 A portrait of Lucian Freud by the famous artist Francis Bacon is set to be auctioned. It is expected to fetch more than £35 million or USD 42 million. An intriguing aspect of the portrait is its 57-year absence from public view since it was first exhibited, reports Guardian. Bacon is best renowned for his passionate, gritty, and gloomy depictions of the human condition. The 1964 painting depicts Freud seated on a hard bench with his arms extended and his fists clenched, his bare chest exposed, and his face monstrous and disfigured.

Bacon’s rigorous study of the human anatomy also had an impact on his art, creating paintings that appear to cover anatomical diagrams and overlay portraits. The 1964 painting captures a moment in Bacon and Lucian Freud’s friendship.

Tom Eddison, Sotheby’s Senior Director in Contemporary Art told EuroNews “what we have here is really the two titans of British art in the last 100 years, Bacon and Freud, intertwined into this one canvas”.

“Now Bacon and Freud had known each other since about the mid-1940s, through an introduction of Graham Sutherland … So what we see here, 20 years later, is the culmination of a budding relationship, a friendship, a rivalry in artistic terms.”

The piece, which has spent the last 40 years in the same private collection, will be on public exhibition from June 23 through June 29 at Sotheby’s galleries in London’s New Bond Street.

On June 29, it will be sold at auction as part of the British Art: The Jubilee Season sale. Other pieces in the auction include David Hockney’s almost 4-meter wide painting of Woldgate Woods and Banksy’s picture of Winston Churchill holding a lime green Mohican, pieces by Andy Warhol, and Claude Monet.