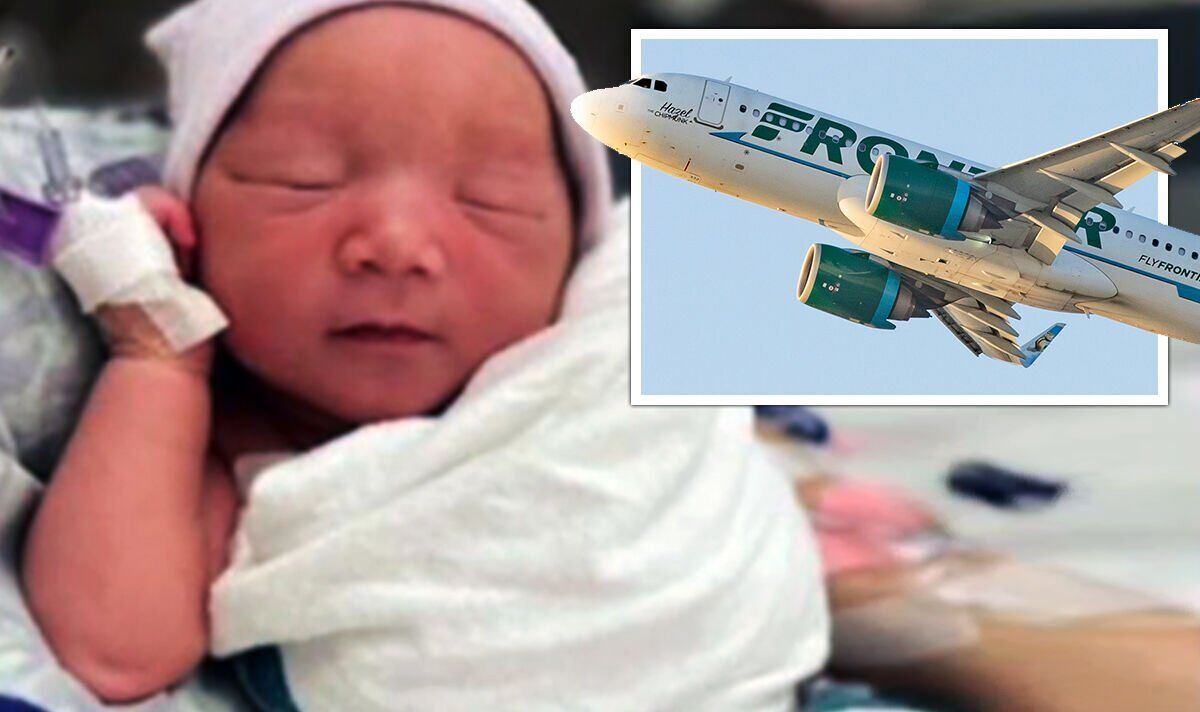 A passenger on a Frontier Airlines plane had to be helped to the aircraft’s toilet earlier this month as her daughter “couldn’t wait” – with one of the crew members helping to deliver the baby after nobody with childbirth training could be found onboard.

Flight attendant Diana Giraldo was praised for her “exemplary and calm” intervention after assisting the passenger en route from Denver to Orlando in the United States.

Shakeria Martin, who woke up from a nap on the flight with intense contractions, told NBC’s Today show: “I was feeling fine and everything and so I went to sleep and I woke up and my contractions were, yeah…

“The first thought that ran through my mind was this cannot be happening right now. This cannot be, there’s no way I could just have this baby on this plane.”

Speaking on the programme on Wednesday, Ms Giraldo said: “I’m an older sister. And so, to me I saw this young woman, she was frightened.

Further celebrating his team’s work, he said: “Dispatch did a great job as well by suggesting Pensacola Airport and getting a gate and paramedics ready for us.

“This was a job well done, and I was happy to see everyone working together to successfully deliver a newborn on an aircraft!”

According to Frontier, the mother gave her newborn the middle name Sky in honour of the high-altitude arrival.

More brave women have delivered their babies high up in the air.

In February, an 11-hour transatlantic United Airlines flight from Accra, Ghana to Washington DC saw the arrival of a baby boy at 30,000 feet.

He was delivered in Business Class, with the help of a Ghanaian doctor and a flight attendant who was a former nurse, along with another nurse from Ohio.

In September 2021, a woman gave birth on a Turkish Airlines flight from Istanbul to Chicago two weeks before her due date.