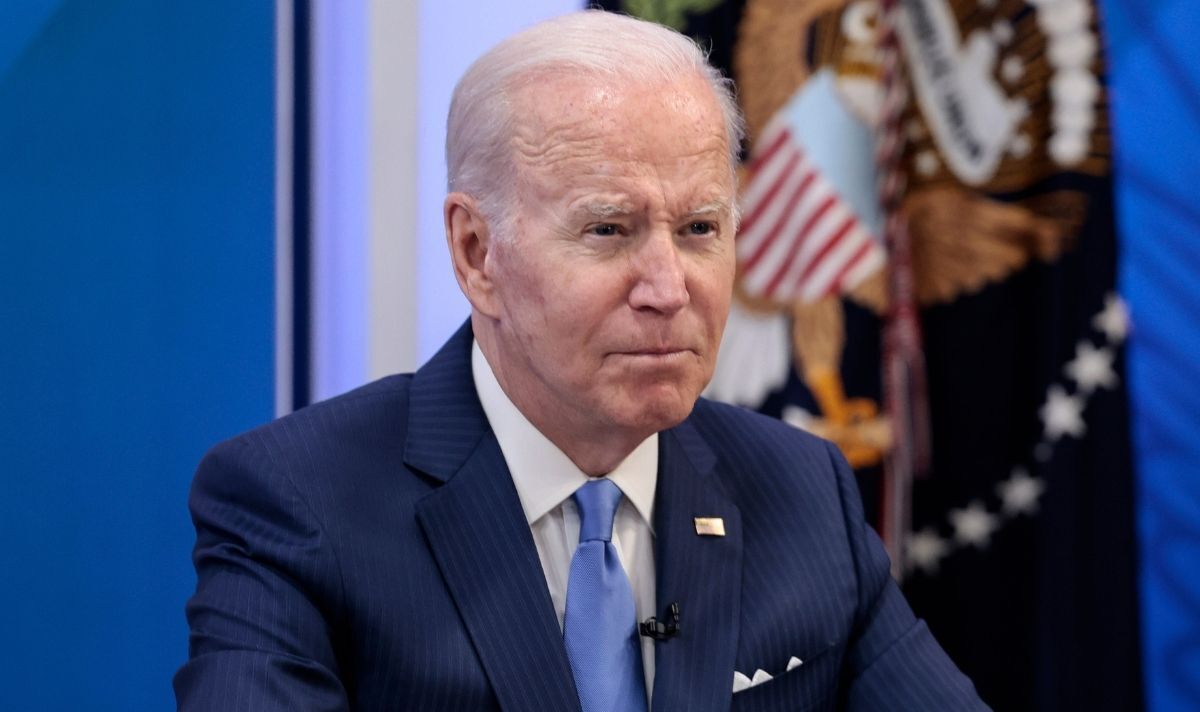 During the first three months of 2022, gross domestic product (GDP) dropped at an annualised rate 1.4 percent in its first contraction since the Covid pandemic struck two years ago. The fall was in shocking contrast to economists’ forecasts of a 1.1pc rise and will pile pressure onto the US President just as he begins his preparations for the crucial midterm elections later this year. More worryingly for Mr Biden, this drop came after the economy grew at a robust 6.9 percent pace in the final three months of 2021.

To further compound his misery, a second quarter of negative growth would officially tip the US into recession.

Such a scenario would send a monumental shock through a global economy that has already been rocked by Russia’s continued war in Ukraine.

It would also pile pressure on the Federal Reserve to gain control of interest rate rises – just days after its boss Jay Powell indicated rates would start increasing by 0.5 percentage points instead of the usual 0.25.

Experts said the latest drop was triggered by a fall in US exports, while imports skyrocketed amid huge consumer demand as post-lockdown disruption at ports began to ease.

But stripping this effect away, the US economy actually grew and consumer spending continued to expand at pace.

Mr Biden desperately attempted to paint a positive picture of the latest figures, arguing the 1.4 percent drop was “affected by technical factors”.

He said in a statement: “The American economy – powered by working families – continues to be resilient in the face of historic challenges.”

But with the midterms fast approaching towards the end of this year, the figures were seized upon by the Republicans as evidence the US President has lost control of the country’s economy.

Ian Shepherdson, chief US economist at Pantheon Macroeconomics, claimed the latest GDP reading had been “massively distorted” by trade.

He said: “Net trade has been hammered by a surge in imports, especially of consumer goods, as wholesalers and retailers have sought to rebuild inventory.

“This cannot persist much longer, and imports in due course will drop outright, and net trade will boost GDP growth in Q2 and/or Q3.”

Lydia Boussour from Oxford Economics also played down the GDP drop, arguing the reading was “better than it looks”.

She said: “Beneath the weak headline print, the details of the report point to an economy with solid underlying strength and that demonstrated resilience in the face of omicron, lingering supply constraints and high inflation.”