Skip to content
HomeWorldBiden skewered over Northern Ireland: US leader ‘wrong’ and does not ‘appreciate’ details 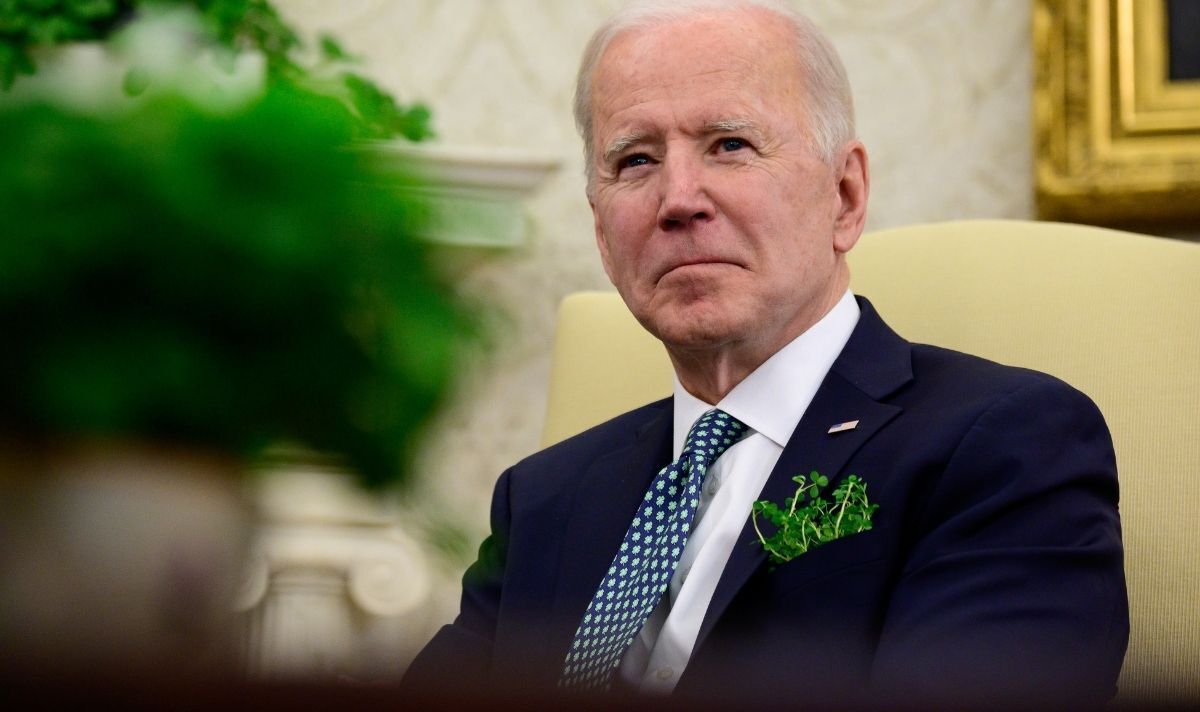 Mr Biden is sending a delegation of US politicians to London this week for talks with the UK and EU. The move comes after Foreign Secretary Liz Truss outlined plans to axe elements of the Northern Ireland Protocol. A proposed law would override this part of the UK’s agreement it signed with the EU before it left the bloc. The controversial protocol, agreed in 2019, governs post-Brexit trade between Britain and Northern Ireland, where goods entering the country must undergo strict checks to comply with EU standards.

Despite Mr Biden being President of the US, he has intervened in the row between London and Brussels on several occasions.

One moment came in September as he met Boris Johnson in the Oval Office of the White House.

The US leader stressed the importance of the Good Friday Agreement or Belfast Agreement, the 1998 peace deal the Protocol is supposed to protect.

The UK’s Environment Secretary George Eustice blasted Mr Biden, who has Irish heritage, for getting involved in the row.

Speaking to Kay Burley on Sky News, he claimed the dispute between London and Brussels was “very complicated”.

He said: “I’m not sure he does fully appreciate all of that.

“He is probably at the moment just reading the headlines, reading what the EU is saying.

“Reading what Ireland might be saying, which is that they would like the Northern Ireland Protocol to work in the way the EU envisages.

“We think he is wrong because the truth is that unless we have a sustainable solution that enables trade to continue between GB and Northern Ireland then we are going to have issues, and that itself would become a challenge to the Belfast Agreement.”

The minister claimed it is “legitimate for him to have a view on it and express that view”.

“And I would not at all like to see, nor I might add would many of my Republican colleagues like to see, a change in the Irish accords, the end result having a closed border in Ireland.”

He added: “On that point, Joe, we’re completely at one, nobody wants to see anything that interrupts or unbalances the Belfast/Good Friday Agreement.”

Earlier this week, Ms Truss told MPs that the Protocol had resulted in issues that were not apparent when the Government signed the agreement with the EU.

She claimed that the deal had resulted in increased red tape being imposed on goods travelling between Britain and Northern Ireland.

She also said the Protocol had put the Good Friday Agreement in jeopardy.

A new Northern Ireland Protocol Bill would, she said, mean British goods entering the territory would only have to meet the standards of the UK, rather than the EU.