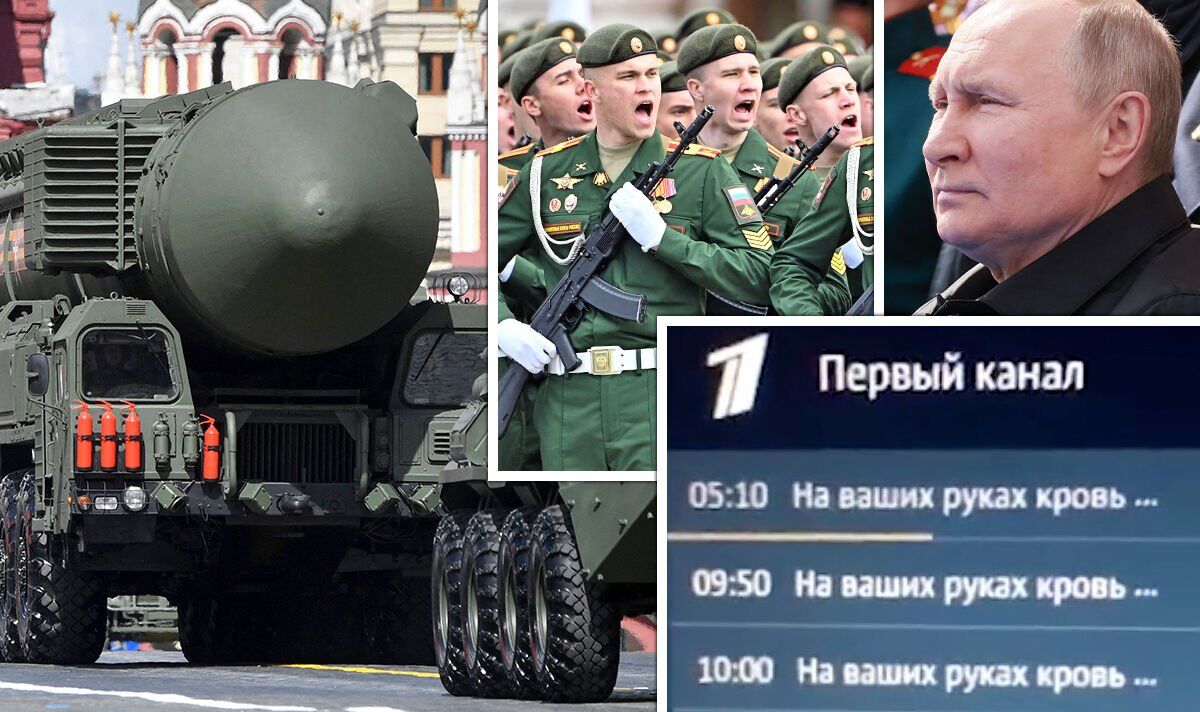 Today, on May 9, Russians commemorate the surrender of Nazi Germany at the end of World War 2. In a highly anticipated speech, Putin drew comparisons between the war in Ukraine today and Russian efforts in the 1940s.

But just hours before, hackers broke into the online Russian TV scheduling page and insisted the country has “blood on its hands”.

Francis Scarr of the BBC posted a video displaying the result of the hack on Twitter.

He highlighted that the name of every programme on the scheduling list was changed to a strongly-worded, anti-war message.

This, translated to English, read: “On your hands is the blood of thousands of Ukrainians and their hundreds of murdered children.

“TV and the authorities are lying.

The message appears to have been intended to weaken the force of the Kremlin’s rallying around the war in today’s military parade.

Drawing a parallel between the ongoing “special military operation” and World War 2, Putin, translated by Max Seddon of the Financial Times, said: “Defending Russia is always sacred… you are fighting for our people in the Donbas, for the security of our motherland.”

Bloomberg Deputy Bureau Chief for Moscow Scott Rose summed up the feeling after the speech was over, noting in a post on Twitter: “Nothing big.”

Bloomberg’s Derek Wallbank added: “That was…. a lot shorter than most Putin speeches I can recall.”

Today was not the first time Russia state TV has been hijacked by anti-war demonstrators.

The most famous of such occasions occurred in March, when an editor at Channel One Russia, Marina Ovsyannikova, interrupted a live broadcast to show a banner reading “no war”.

Producers were quick to switch the screening to another report, but not before the message was put on the airwaves.

Ovsyannikova was later fined but not, despite speculation, imprisoned.