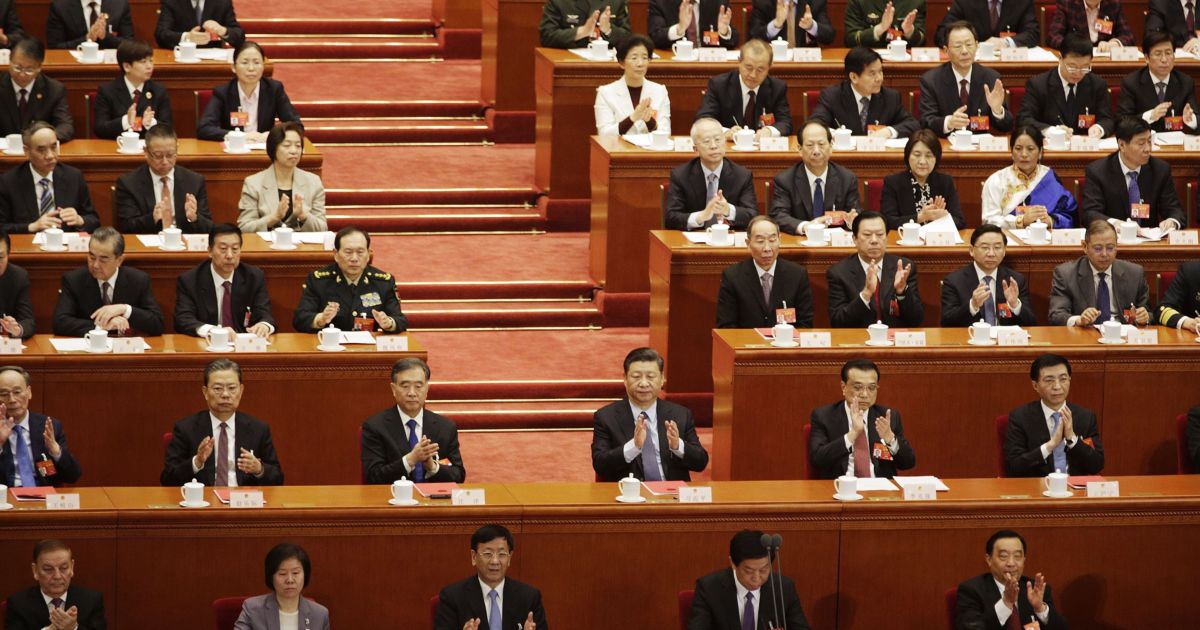 China has backed off its yearly economic growth target as it doubles down on an ultra-strict “zero COVID” policy that has pummelled consumer spending, manufacturing and trade.

Chinese officials dropped previous calls to reach the 5.5 percent growth target while pledging to “strive to achieve the best results” during the next six months, according to a state media report published on Thursday following a high-level meeting of the ruling Communist Party.

The report said authorities would also “resolutely and conscientiously” implement Beijing’s policies for controlling COVID-19, which include lockdowns, mass testing and border controls.

The party announcement appears to acknowledge that Beijing will not reach its growth target for 2020 and underscores the lengths to which Xi is willing to go to keep COVID-19 under control as the Chinese leader vies for an unprecedented third term in power later this year.

After a party meeting in April, state media said China would “work hard” to meet its economic and other development targets.

“The politburo meeting in China mentioned growing the economy with ‘best effort,’ and did not refer to the 5.5 percent GDP target any more. This hints that the government is not going to overly spend on infrastructure projects to achieve that target,” ING said in a note.

“Our view is that this is not such a bad thing. Local government bond issuance for infrastructure projects should not increase further. This would give more room for the central government to solve the problem of uncompleted construction projects.”

Larry Hu of Macquarie Group said in a report that policymakers had “implicitly walked back” from the growth target.

“It means that they no longer view 5.5 percent, or even 5 percent, as achievable for this year.”

Economists have long viewed 5.5 percent growth in 2022 as unrealistic given repeated rounds of ultra-strict pandemic restrictions, including a two-month lockdown in the financial capital, Shanghai.

The world’s second-largest economy narrowly avoided contraction during the second quarter, expanding just 0.4 percent year on year – the slowest pace since the early days of the pandemic.

While Xi has pledged to minimise the economic effect of pandemic control efforts, the Chinese leader has repeatedly ruled out any fundamental shift away from the “zero COVID” strategy, which aims to eliminate the virus wherever it occurs.